South Africa's tourism sector is in crisis as a series of new visa regulations have prompted dramatic falls in arrivals, particularly from the world's largest source of tourists: China. The number of Chinese visitors to South Africa has plunged a staggering 32 percent since last year.

The new visa regulations require that all applicants apply in person and bring an official birth certificate for any children under 18 years old. In a country as large as China, that is apparently too much to ask as travel agents and tour operators are increasingly directing their clients to abandon travel plans to South Africa in favor of other destinations. After all, in some cases, it's actually more expensive for a Chinese traveler to go to Beijing or Shanghai to get the visa than it would be to make the actual trip to South Africa itself. So it's not surprising that Chinese tourists are choosing to go elsewhere other than South Africa for their holidays.

With the world's largest number of outbound tourists who spend more than visitors from any other country, the Chinese tourist is a prized asset. In the case of South Africa, the effects of the Chinese absence are being felt across the economy as flights are cancelled, hotel rooms go unfilled and restaurants operate below capacity.

The South African tourism industry, for its part, is doing its best to try and persuade the government to either amend or abandon these new restrictive policies that are encouraging ever larger numbers of visitors from China and Asia to go elsewhere. David Frost, CEO of the South African Tourism Services Association, is leading that effort and joins Eric & Cobus to discuss what's at stake.

Listen to the podcast. 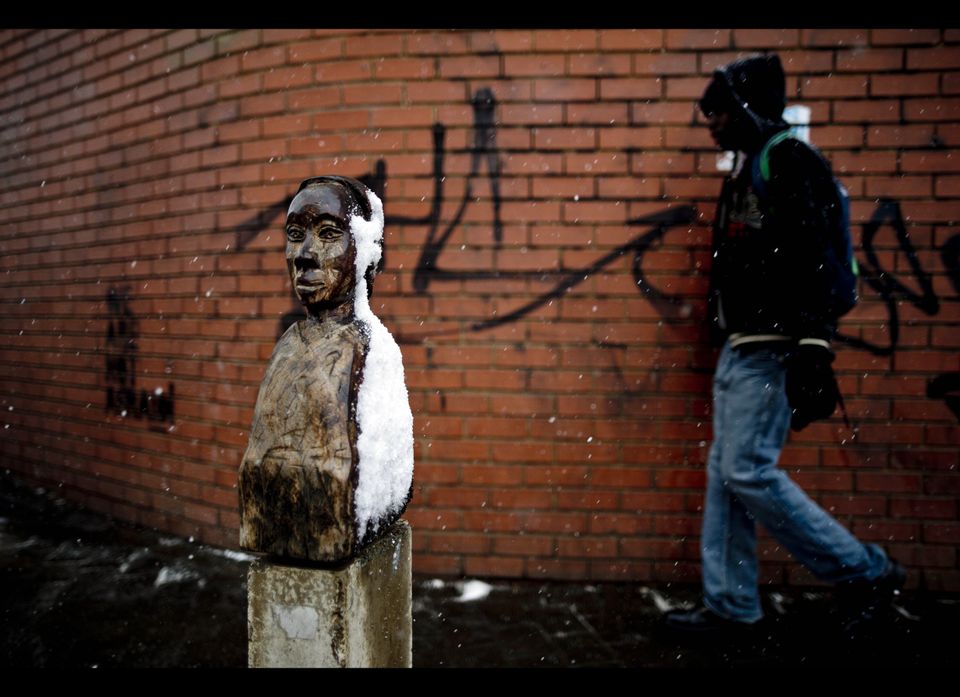 1 / 7
A man walks past a statue covered in snow on August 7, 2012 in Johannesburg. Snow falls annually in the mountains of South Africa and Lesotho, which even hosts a ski resort. But some high-altitude border posts between the countries received so much snow that they were forced to close. (STR/AFP/GettyImages)
Getty