Every week, The WorldPost asks an expert to shed light on a topic driving headlines around the world. This week, we spoke with Loren Landau about xenophobic violence in South Africa.

A wave of deadly violent attacks against immigrants has rocked South Africa in recent weeks, prompting thousands of people to leave their homes and seek safety in temporary refugee camps. At least seven people were killed in the violence.

The South African government deployed the army on Tuesday to neighborhoods in Durban and Johannesburg where mobs targeted foreigners and foreign-owned stores. The violent scenes and xenophobic rhetoric this month reminded of massive anti-immigrant riots in 2008 that left at least 70 people dead.

The WorldPost spoke with Loren Landau, the South African Research Chair for Mobility and the Politics of Difference at the African Centre for Migration & Society at Wits University, about the recent developments in South Africa and what lies at the basis of the violence.

At least seven people have been killed in anti-immigrant violence in South Africa in recent weeks. Do those attacks come as a surprise?

The past weeks’ violence will have come as no surprise to anyone who has followed the persistent demonization and denigration of foreigners in the country’s townships. Although the world woke up to the cocktail of violence and xenophobia in May 2008, attacks on foreigners and other outsiders neither began nor ended in 2008. Hundreds have been killed since then in isolated incidents and locally organized melees.

Recent events are more visible, in part because they have moved out of the townships and into city centers. This acceleration may be the result of the Zulu King’s instigation, but they are exceptional only in their severity and the global attention they have garnered. Ironically, such focus may encourage further violence by providing a profitable platform to broadcast popular discontent. Many have pointed to that speech by Zulu King Goodwill Zwelithini as the trigger for the current wave of attacks, although the leader himself denies those accusations. What did Zwelithini say during his speech and why did his words resonate so strongly with a segment of South African society? 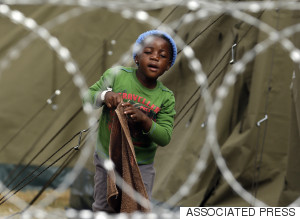 The Zulu monarch undeniably made inflammatory remarks in which he compared immigrants to fleas or lice -- comments clearly heard in recordings of his speech. These are powerful and disappointing words from a leader many hold in high regards, not least because of their reminiscence to terms used during the 1994 Rwandan genocide.

However, he is not alone. Since apartheid’s end – also in 1994 – politicians and officials have consistently demonized foreigners, crediting them with sky-high crime rates, spreading debilitating disease, and sapping services and jobs. Such accusations are not unique to South Africa, nor are they accurate. Nonetheless, they resonate with portions of the population who are poorer than ever and remember an apartheid-era migrant labor regime that was explicitly designed to disempower Black South Africans. Having said that, there is obviously no direct connection between hate speech or scapegoating and violence. Despite a faltering education system, people in South Africa are generally smart enough to see through these efforts to shift blame for transformation’s failures to external actors, even those living side by side with citizens. To argue they respond mechanically to incitement or economic conditions is condescending and inaccurate and many have stood up to the violence. That said, such statements help create a ‘fire pool’ of resentment from which politicians, gangsters, and others can dip in to mobilize hatred that benefits their own economic or political gain.

Violence against foreigners has repeatedly flared in South Africa in recent years. What has changed, if anything, since 2008, when more than 70 people were killed in a wave of xenophobic attacks? To their credit, the police have been quicker to respond to this round of hateful rage and South Africa’s most senior political leaders have publicly condemned the violence, finally admitting that this must be something more than petty criminality.

But underlying this is a more worrying change: that the language of the 2008 gangsters and murderers is going mainstream. Beneath the appeals for tolerance are also calls for closure: ANC Secretary General Gwede Mantashe wants refugee camps; others demand tighter border controls, bans on foreign business and land ownership or bans on foreigners all together. Even the president was careful to say we must respect those who are "legally" in the country, suggesting an open season on others.

Whereas xenophobia has long been part of nationalist discourse in the country, the gains made from the 2008 mobilization in the form of appropriated shops and houses; positions in local politics and government; and popular legitimacy offer great allure to a population that remains poor and the leaders who represent them. The leadership at the national level seems to have absorbed the message that attacking or scapegoating foreigners works. How many migrants are currently living in South Africa and where are they from? What are the main reasons that brought them to the country? As with immigration statistics anywhere, the numbers are imprecise and uncertain. What we know is that about two million people living in South Africa were born outside of it, about 4 percent of the total population. This is government data and the best that’s out there. Included in those numbers are refugees, asylum seekers, immigrants, undocumented migrants, naturalized citizens and citizens born in exile.

The motivations for coming to or through South Africa vary but can generally be explained by quests for protection and profit. Many are leaving behind violence and persecution or acute famine and economic collapse and are attracted by South Africa’s strong constitution and political stability. Many more come to capitalize on its relative wealth, its industry, and the economic opportunities it offers migrants to build a new life in the country or to further their ambitions back home.

The leadership at the national level seems to have absorbed the message that attacking or scapegoating foreigners works.

What’s important to note is that immigrants are not distributed evenly throughout the country. Rather, they are concentrated precisely in the same urban areas as growing numbers of poor South Africans. Due to natural growth and urbanization, South Africa has seen a rapid population growth in its townships and elsewhere on its urban periphery. Although predictable, such growth was not planned for and many of these communities remain poorly serviced and policed. When we hear about urban discontent and scarcity, we need to look at these sites. While general joblessness is rooted in the structure of the national economy, such immediate anger is tied to the shortcomings of urban planning and governance. It is in the places where multiple streams of people meet – a kind of estuary if you will – where the violence is most concentrated.
The South African government has sent the army to several cities to help quell the violence. Is that the appropriate response? What is being done to address the deeper roots of the conflict?
A strong police or army response is clearly called for in instances of mass, violent mobilization regardless of its origins. But while this may help save lives in the short term, it will only further alienate the people living in communities affected by violence. What the government – and others – have got wrong is framing this as an issue of basic criminality and immigration, an issue that can be resolved through policing and immigration policy reform. Others suggest that the violence is a natural outcome of a country so unequal and of a lack of education about people’s rights. While these are important concerns, they distract us from what translates dissatisfaction into violence. The attacks’ deep roots may be in generations of discrimination, the migrant labor system, or persistent poverty. Yet many places – including many in South Africa – face these challenges without violence. Outbreaks occur where governance systems fall short. Part of the problem is rooted in how South Africa selects and supports local leaders. Ward councillors, or some of them, are the only directly elected officials and the only ones who must appear before constituents to win election. As such, they face the firing line of popular discontent. Yet they are poorly empowered to address their voters’ gripes. With almost no budget or legislative authority, they are held responsible for problems they have no hope of resolving. Faced with perennial shortfalls of services, dwelling, and jobs, is it any wonder local leadership allows and abets the scapegoating and appropriation of foreign owned shops, houses or goods? With new resources to distribute and a demon to blame, they come out winners. That there is no evident penalty from law enforcement or from their political superiors only sweetens the deal. 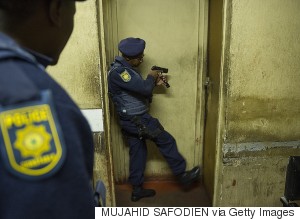 Talk of institutional and technocratic reform does not stir the heart or ease our collective conscious. To those ends, people can continue marches, dialogues and impassioned speeches. However, seriously combatting xenophobic violence will mean moving beyond such appeals. It will instead require addressing the institutional incentives that foment conflict. Whereas tightened border controls and encampment will only foster underground economies and harder social divide, institutional reform will bring much more palatable side effects: improved efficiency, better service delivery, and safer communities. But following this course will mean giving up what has become a valuable resource: scapegoating foreigners. How are South Africans reacting to reports of these attacks? Reactions to the violence and reports of it have been varied and contradictory. Some condemn the attacks, some condemn the coverage for making South Africa look bad. Everyone calls for change, but in ways ranging from greater tolerance, to socialist revolution, to building fortress South Africa. What I see is that in this moment of crisis when the security of residents’ bodies, possessions and values are threatened, the violence is serving to destroy and create.

Speaking in the most general and aggregated terms, the attacks are reinforcing three incompatible views of life in South Africa. The first is a renewed (if circumscribed) commitment to cosmopolitan nationalism by elements of South Africa’s middle class and government elite: to respect the rights of all living in the country and South Africa’s place in Africa and the world. This is countered by a far more prevalent perspective: killing foreigners may not be right, but South Africa must remain the domain of those who have sprung from its soil. At some remove are migrants themselves. Rejecting aspirations of or claims to membership, we see them further distancing themselves from the citizenry. I fear that unless we – citizens, immigrants, leaders, diplomats, and observers – are able to address the ethical and practical tensions reflected in these views, violence will always be just around the corner.

- Is Al Qaeda In Decline- Anguish In Argentina After Prosecutor's Mysterious Death- Could The New Syriza Government Be Good For Greece's Economy?- Naming The Dead: One Group's Struggle To Record Deaths From U.S. Drone Strikes In Pakistan