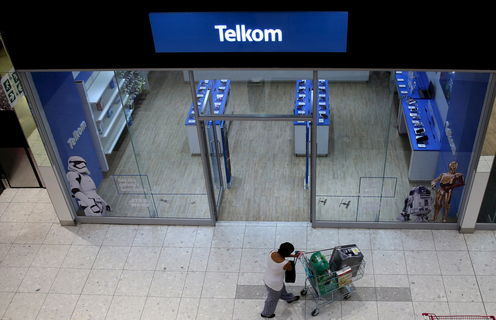 Telecommunications clearly facilitate economic growth and participation. As such, countries should care about competitive outcomes in this sector. When competition works it can result in expanded services and lower prices, and it can stimulate innovation.

The South African record of telecommunications policy and regulation has been poor. Regulations that would allow competitors to access essential infrastructure have been part of government policy since 2007. But they have not yet been implemented. Lengthy delays in digital migration have also prevented telecommunications service providers from rolling out faster broadband. These regulations have disadvantaged competitors and benefited larger incumbents.

Semi-private telecoms company Telkom was entrusted to invest in the country's telecoms sector and ensure expanded access. Instead, it undermined entrepreneurial activity across a range of services.

South Africa has made some headway in improving competition, but there is still a long way to go. While the prices for both voice and broadband have come down, the "cost to communicate" is still high relative to other African countries.

For example, in 2015, South Africa's lowest "off-net" (calls between networks) and "on-net" (calls on the same network) mobile voice prices were still 700% and 300% more expensive than Kenya's.

Telkom was the fixed-line monopolist in South Africa until managed liberalisation took place from the mid-1990s. As part of this Telkom was partially privatised and Neotel was licensed as the second network operator in 2005.

Neotel was initially supposed to acquire state-owned network infrastructure belonging to Transnet and national power utility Eskom. This would give the company a critical backbone on which to roll out fixed-line broadband. Instead, government belatedly decided to create a state-owned entity, Broadband Infraco, to own and operate the assets. This meant Neotel had to set up a network from scratch. In 2013, it had just 6,500km of fibre to Telkom's 105,000km.

Downstream competition to Telkom was enabled by the licensing of value-added network services providers. But they were reliant on Telkom's fixed-line infrastructure to provide services - and Telkom was also competing downstream.

Anticipating the end of its upstream monopoly once Neotel was licensed, Telkom used its control of essential upstream input to exclude downstream competition. It did this through a "margin squeeze", charging high prices for the essential inputs the value-added network services providers required.

This was the basis for two findings of anticompetitive conduct against Telkom by the competition authorities, resulting in two large fines and behavioural remedies.

The first movers in mobile telecommunications, Vodacom and MTN, were allowed to establish a strong duopoly. The companies were licensed in 1993 and followed, much later, by challenger firms Cell C in 2001 and Telkom Mobile in 2010.

Vodacom and MTN constructed extensive networks and set prices in a relatively weak regulatory environment. They continue to reap the benefits of this, and challenger firms have struggled to grow their market share. The challenger firms - including Neotel, Cell C and Telkom Mobile - were expected to compete with the incumbents while the playing field was far from level.

On the other hand, interventions to introduce competition have yielded positive outcomes. After the decision by the Independent Communications Authority of South Africa (ICASA) to cut mobile termination rates in 2011, the challenger operators (Cell C and Telkom Mobile) were better able to compete with incumbent operators.

The decision led to a R1.09 reduction of the termination rate. Vodacom passed 81% of this reduction to its consumers, while MTN passed on 91%. The price cuts were driven by the challenger operators and the incumbents lowered prices to meet challengers' offerings.

The total consumer savings generated for MTN and Vodacom's customers as a result of the decision amounted to R47.2 billion between 2010 and 2015. The two companies' call volumes also increased at a compound annual growth rate of 18% over the same period. This shows what was gained through intervention and, conversely, the cost of not having facilitated effective competition sooner.

The decision by ICASA to introduce asymmetry and reduce the termination rates can be described as regulating "for competition" by creating a more level playing field. This is important, as the telecommunications industry has inherent characteristics that raise barriers to entry, such as network effects, which make it difficult for entrants to reach scale.

Incumbent firms can pursue strategies to take advantage of scale effects. For example, they provide substantial discounts for "on-net" calls and charge high premiums for "off-net" calls. From the customer's perspective it is rational to belong to the larger network to receive more discounted calls. This makes it difficult for challenger networks to attract new customers.

The positive impact of competition has not been limited to the mobile sector. When Seacom entered the market for undersea cables in 2009 the cost of bandwidth for typical internet service providers fell by 35%. Prior to Seacom's entry the only cable available was Telkom's SAT-3 cable.

Another example is the 87% reduction in the price of transmission over long-distance fibre between Bloemfontein and Johannesburg between 2013 and 2014. This was due to the construction of two open-access fibre links by Fibre Co and the NLD Consortium.

The recent entry of a number of fibre-optic broadband providers offering open-access networks has also stimulated competition and resulted in significant price reductions.

In response, Telkom's wholesale network, OpenServe, recently announced price reductions for wholesale fixed-line access of up to 57% through its IP Connect product.

The impact of entry in these examples gives an indication of what is at stake if entrants are blocked or undermined. The price of voice communication has come down, but the next challenge for South Africa will be meeting SA Connect targets by ensuring universal access to broadband at affordable prices.

What can be done to facilitate competition?

The article draws on CCRED research on barriers to entry in the telecommunications sector, funded by the National Treasury.