Vietnamese-American journalist Phuong-Cac Nguyen was quoted in the New York Times last year about her directorial debut South American Cholo while she was still in the cutting room completing work on the documentary, "I was incredibly impressed by how resourceful they are. These guys face obstacles at every turn, but that's where their jeitinho comes into play," she said, invoking a phrase used in Brazil to describe the circumvention of rules to get things done.

Nguyen, the daughter of radical poet and dissident South Vietnamese journalist Nguyen Ta Cuc, was living in Sￃﾣo Paulo at the time and says she wanted understand, "How a subculture takes root and blooms, and with that, see which unique qualities the Brazilians have brought to lowrider culture." It was a connection to home for the LA native. 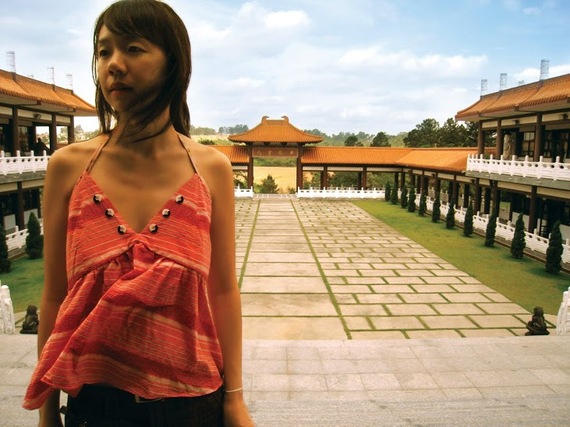 South American Cholo intimately surveys Sￃﾣo Paulo's cultura chicana, chronicling the influence lowrider car and bicycle culture has in Brazil through the lens of local "cholos" who hail from working class Mooca, the birthplace of Sￃﾣo Paulo's lowrider culture and other working class neighborhoods all over the city.

Though distinctly different from the immigrating struggle in the US, it's easy to understand the inspiration and identification with Chicano lowrider culture motivated by a decidedly disenfranchised population in Los Angeles.

Ultimately, the lowrider scene in LA is about cars and a culture of resistance that has been raised to an art form. Over the years car clubs have distanced themselves from being identified with gangs, and like in Brazil, violence is not a part of the dynamics.

South American Cholo arrives in LA at a time when hair trigger social media is rapidly shifting awareness around the appropriation of minority culture. Iconic Los Angeles Chicano photographer Estevan Oriol who is featured in the film says this is not that. Oriol bought his first car in '89, and started working on it in '92. "I've been lowriding ever since. Traveling the world since late 1980's, he says "7 of 15 countries where I've been, they lowride. I had to be a part of it [South American Cholo], to see our cultural spread out so far." Oriol draws a distinction; "When you see people start dissing people's religion, that's when people get upset. This is not something from the ancestors, this is not a religion. People like to hot-rod. It's a fun thing."

About the lowriders of Sￃﾣo Paulo he says, "They live it. They breathe it. Every second of every day is about the cars. It's not a weekend warrior thing. These guys are real car builders. Real lowriders. I wanna let people know that they are the real deal down there when it comes to lowriding. They're showing respect and love."

The premier is open to the public at the LINE Hotel on Thursday in Korea Town in Los Angeles, with a photography exhibit through August 22nd.