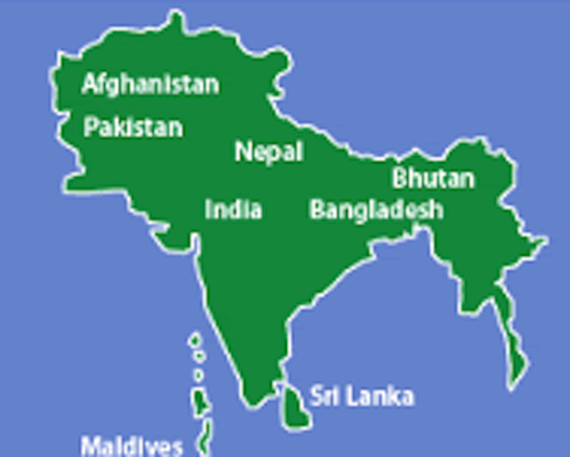 The Islamic State of Iraq and the Levant (ISIL) remained the greatest threat globally, maintaining a formidable force in Iraq and Syria, including a large number of foreign terrorist fighters according to the report. 11,774 terrorist attacks took place in 92 countries in 2015. South Asian countries are on frontline after Iraq among the 92 countries. Ten countries with the most terrorist attacks are Iraq, Afghanistan, Pakistan, India, Nigeria, Egypt, Philippines, Bangladesh, Libya, and Syria. Four countries are South Asians among the ten countries. 3967 attacks took place in four South Asian countries- Afghanistan, Pakistan, India and Bangladesh, which is more than 33 percent of all attacks. 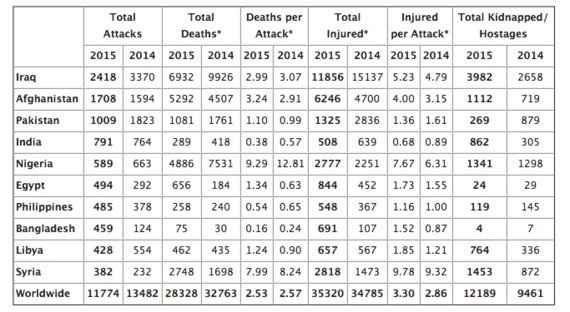 Several countries that have routinely experienced large numbers of terrorist attacks in recent years observed considerable decreases in total attacks in 2015, compared to 2014. In contrast, two South Asian countries that typically experience especially large numbers of terrorist attacks--Afghanistan (+7%) and India (+4%)--saw relatively increases in the number of total attacks in 2015. There was an increase between 2014 and 2015 in total attacks in Afghanistan, from 1594 to 1708. Likewise, There was an increase between 2014 and 2015 in total attacks in India, from 764 to 791. In 2015, there were 28,328 individuals killed by terrorists around the world according to the report. Terrorist killed 6,737 individuals only in four South Asian countries - Afghanistan, Pakistan, India and Bangladesh, which is more than 23 percent of total fatalities. Despite a slight increase in the number of attacks in India in 2015, there were 31% fewer total deaths due to terrorist attacks, compared to 2014 according to the report.

There was an overall decrease in global terrorism. Reversing trends that had been established in recent years, there was a decrease between 2014 and 2015 in total attacks, from 13,463 to 11,774, and total fatalities, from 32,727 to 28,328. In contrast, South Asian Country Afghanistan experienced a 17% increase in total deaths; however, a particularly large proportion of total deaths due to terrorist attacks in Afghanistan--more than 40%--were perpetrator deaths. In fact, an increase in perpetrator deaths in 2015 accounted for more than two-thirds (72%) of the increase in total deaths in Afghanistan.

High Risk in Nepal Because of Indo-Nepal Open Border

Nepal is a small mountainous country surrounded by China to the north and India to the south, east and west with the total land area of 147,181 km2. Nepal has experienced no significant acts of international terrorism yet. Although its open border with India and weak controls at the border is raising concerns that international terrorist groups could use Nepal as a transit and possible staging point. The Indo-Nepal border is open. Nepalese and Indian nationals can move freely across the border without passports or visas and can live and work in either country. People of both the countries can cross the border at any point, despite the existence of border check posts at several locations. The whole length of the border is not monitored; illegal movement of goods and people is a common feature on both sides. Criminals commit crimes in either country and cross the border to hide and escape punishment. Terrorists with illegal arms and ammunitions can cross over to Nepal easily.

The report of the U.S. State Department should be wake up call for Nepali authorities. Otherwise, terrorist groups can exploit Nepal for safe heaven, transit point or staging point.