On a recent morning in Pierre, South Dakota, the fog off Lake Oahe was thick enough to rival San Francisco's densest greys. But even the most inclement weather -- fog, snow, hail, wind -- can't stop the quiet growth of this prairie state's under-the-radar wine industry.

Fog or not, Randy Sarvis, the proprietor of ChrisaMari Vineyards and a reluctant expert in the ferocity of his state's tempestuous climate, was at work, as he usually is these days. Three out of the last four seasons have brought weather bad enough to destroy Sarvis' crop.

"It's pretty hostile," he says of the weather in central South Dakota, an understatement on a day when visibility was fluctuating between murky and clam chowder.

"I like planning things and executing a plan," Sarvis continues, expounding on his business. "But I didn't really count on the weather."

Yet he and his winery, which he started in 2003, carry on. "I'm a pioneer mentality kind of person," Sarvis says.

While it may seem impossible to coax grapes out of the frosty fields here, ChrisaMari is just one of a few wineries cropping up in the state.

It's an unlikely place for wine not just because growers have to plant and tend fruit not typically suited to harsh winters and icy blasts of arctic air. The state's big crops -- corn, wheat, soybeans, alfalfa -- are literally and figuratively entrenched, generating more than $20 billion in annual revenue for South Dakota's largest industry. Farmers have 4.5 million acres planted with corn, according to the state Department of Agriculture. One of the state's bigger wineries, Belle Joli’, has about 25 acres of vines.

Despite the recent legalization of commercial wine making, the state has a long tradition of viniculture. "The first three wineries to apply for licenses were Prairie Berry Winery, Schade Vineyard and Valiant Vineyards," Hagen says. "However, many were making small batches long before that. For instance, the family that owns Prairie Berry Winery in Hill City has been making wine in South Dakota since they arrived here in 1876."

The wineries, while still small, are already cultivating a following among locals -- and, notably, tourists from out of state.

At the Schade tasting room in early December, I shared a tasting with a group of friends visiting from Wyoming, including Rodeo Rick, a Casper DJ who insisted on tweeting the best bits of the conversation. They were in town for the Fezziwig festival -- an annual holiday tradition at Prairie Berry winery -- and wanted to try other wines while in the area, a positive sign for winemakers here hoping to draw visitors from further afield. Also in Deadwood is the Belle Joli’ tasting room, an outpost of the Belle Fourche winery in northwestern South Dakota.

In nearby Hill City, Stone Faces winery offers a variety of wines under a number of labels, working with grapes from warmer states to create product that can move in this part of the country. A “Full Throttle” blend, for example, is a Sturgis favorite with a skull not out of place on the label, while other wines made from local Frontenac grapes or even rhubarb are playful in their uniqueness.

Down the road, Naked Wines, an offshoot of the original in Oregon’s Hood Valley leans on suggestive names ("Foreplay Chardonnay," "Sugar Mama Muscat") while creating fruit-forward wines that wouldn’t be out of place in a Willamette Valley tasting room.

While nobody would confuse the state's tasting rooms with those found in Napa, both winemakers and officials here do understand the potential that the industry holds.

"In terms of agriculture in the state, our wineries take a back seat," Hagen says. "But if you’re talking about agritourism, our wineries have done the best job of carving out this niche. Many of our wineries offer tours, have tasting rooms and host events."

If Randy Sarvis has his way, no amount of weather will stop that boom. 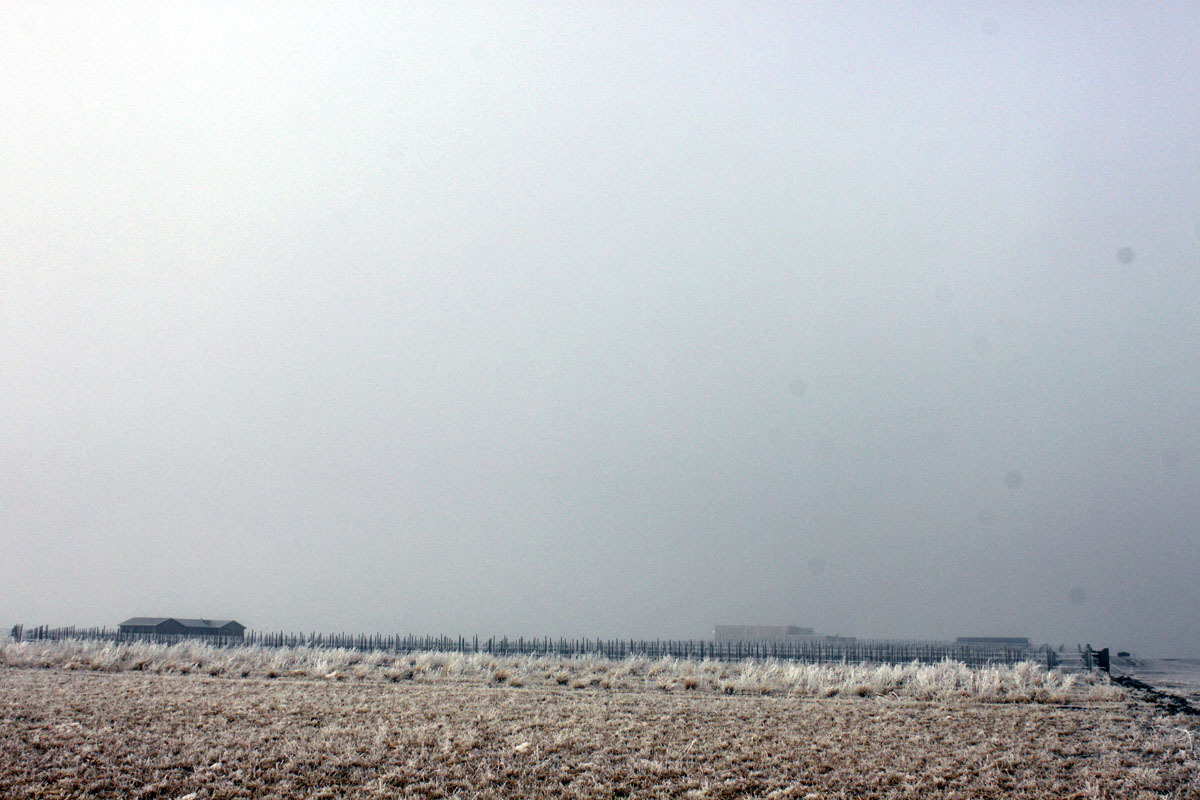 1 / 10
The ChrisaMari vineyard on a cold fall day.