As the Associated Press is reporting, South Korean President Lee Myung-bak pledged limited humanitarian support for the suffering people of rival North Korea as the two nations attempt to set aside animosity and pursue dialogue in his liberation day speech.

"South and North Korea have lived in an age of confrontation for the last 60 years," Lee said in the nationally televised speech, according to the AP. "Now we must leap beyond that age and live in an age of peace and cooperation."

The government of South Korea -- formally called the Republic of Korea -- was founded Aug. 15, 1948 after the end of Japanese rule, which lasted from 1910-1945. Technically, North and South Korea remain in a state of war because the 1950s Korean War ended with an armistice, not a peace treaty.

Take a look at photos of the colorful celebrations here: 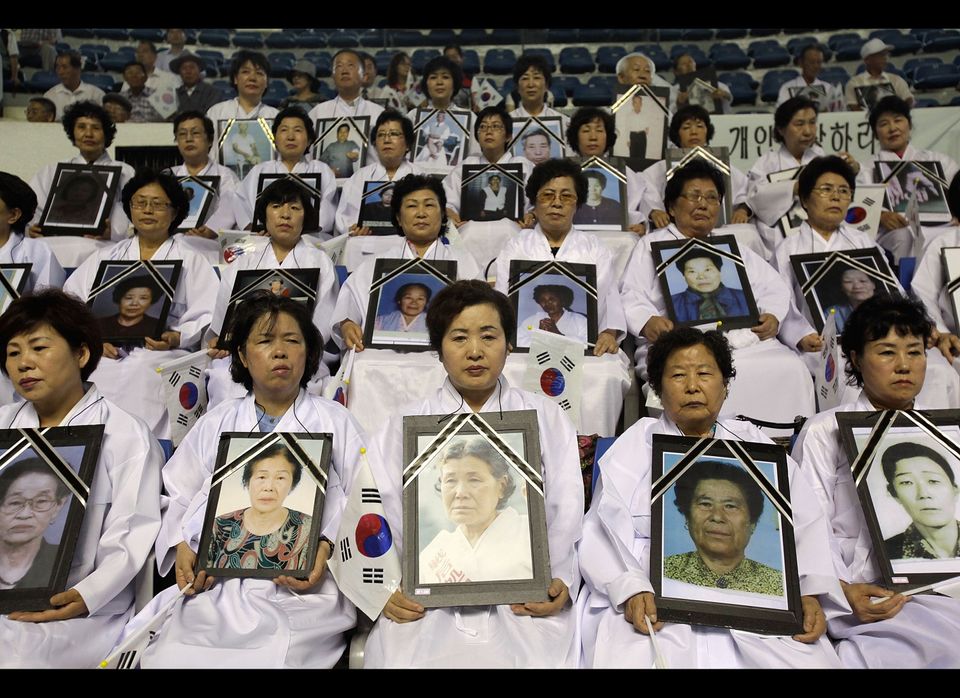 1 / 9
South Korean family members of victims of the World War II hold portraits of their loved ones during the 66th Independence Day ceremony in Seoul.
Getty