After a year-long scandal surrounding South Korea’s former president, the country finally swore in their new leader, Moon Jae-in, this week. Moon represents a turning point for the country whose government was embroiled in a high-profile corruption scandal.

And that’s all well and good, but there’s someone in the new president’s camp who is causing a different type of scandal.

His name is Choi Young-jae, according to the Korea Times, but you may know him on Twitter as the new South Korean president’s hot bodyguard.

excuse me this is the new korean president's bodyguard pic.twitter.com/aIJVhZjo28

Choi is said to be a part of President Moon’s “handsome brigade,” a term coined by Korean media and given to the group of apparently good-looking individuals who have been selected to be the “attractive public face of the new administration,” according to the Korea Times.

Even in the attractive presidential bunch, Choi’s smoldering good looks have captured the internet’s heart.

Fangirling over the new Korean president's bodyguard is peak Twitter and I am so here for it https://t.co/GetW7sEJ43

south korea's president's bodyguard is really something else 😉

Get a man who looks at you the way the new korean president's bodyguard looks at a man moving sort of suspiciously just out of frame https://t.co/LwpdilhrRb

Twitter user Elena Yip, who was one of the first people to publicly praise the distractingly handsome bodyguard, even imagined a romantic storyline for Choi that would fit right into passionate Korean drama TV.

The way he’s always photographed staring sternly into the crowd makes for the perfect inspiration for fan fiction.

@elena_yip he looks like the square-jawed serious romantic lead, who's going to be his plucky heroine who accidentally captures his heart...

Wow I'm about to stan a bodyguard from Korea. This looks like pictures from the set of a k-drama or movie https://t.co/DxXzdRUEIj

After pictures of Choi went viral this week, South Korean blog AllKpop.com did the internet a favor and unleashed even more photos of the now-famous bodyguard.

No one seemed to mind the additional eye-candy, but, sadly, that’s all that Choi can ever be for most people. Korea’s Special Warfare Command told the Korea Times that Choi is “‘unfortunately’ married and has two daughters.”

Fans of Moon’s bodyguard will just have to find other ways to get the man’s attention.

@elena_yip This makes perfect sense. Any potential attackers would be too distracted by his looks. They'd stop dead in their tracks. He is a gift😍😍 pic.twitter.com/9BXdD53CFX

In addition to protecting one of South Korea’s most prized assets, Choi is also doing the world another favor: He’s obliterating the stereotype that Asian men are weak and unattractive.

Thank you, President Moon, for introducing one of your finest protectors to the internet. Our collective thirst thanks you.

if anyone says asian men aren't attractive, i will shove this thread in their faces because this is everyone rn pic.twitter.com/FfwWSmoaGP

South Korea Has A New President, But His Hot Bodyguard Is Stealing The Show
Bad Korean 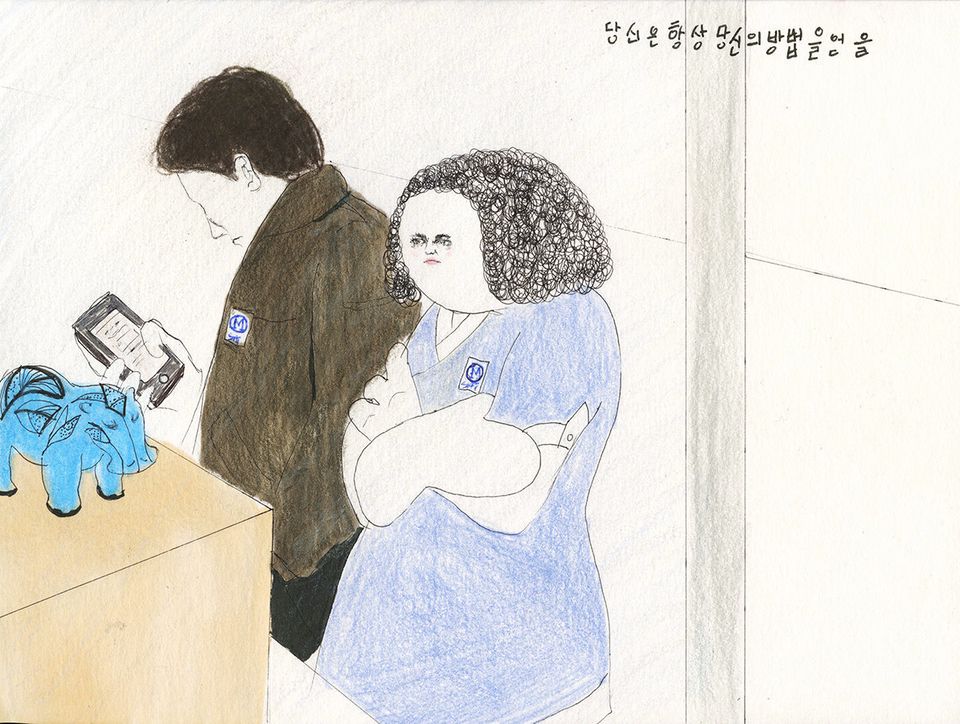