At the Dandelion Noodle restaurant in South Korea, the customers are either homeless or struggling financially. The owner Youngnam Suh doesn’t charge them a single penny.

A devout Catholic, he operates the restaurant this way based on his religious beliefs. He became a priest to be a disciple of Jesus, but he left the priesthood due to health problems. Then he opened the restaurant in a shantytown near the city of Incheon in 2003, to help those who are weak and poor. It was another way of following the teachings of Jesus.

He treats his customers very kindly even though they do not pay for their food. As he sees it, if you treat a beggar as a beggar, he will be a beggar forever. So he treats them as if they are just any other ordinary people. After he opened the restaurant, he wrote down a VIP list of frequent customers and posted it on his kitchen wall, to keep track of their individual tastes.

Why does he do this? He believes in the Word in the Bible. He often says, “When we start something, God does the rest.”

Here is one of many stories.

It was the first day of the year, and Youngnam Suh really wanted to treat one of his frequent customers, who was homeless, to a rice soup. But he lacked the ingredients to make it, and had no money to buy them either.

The next morning, when he opened the door of the restaurant, he was very surprised. Someone had left beef broth at the doorstep -– just the right amount for what he needed. That day he used the broth to make the rice soup. 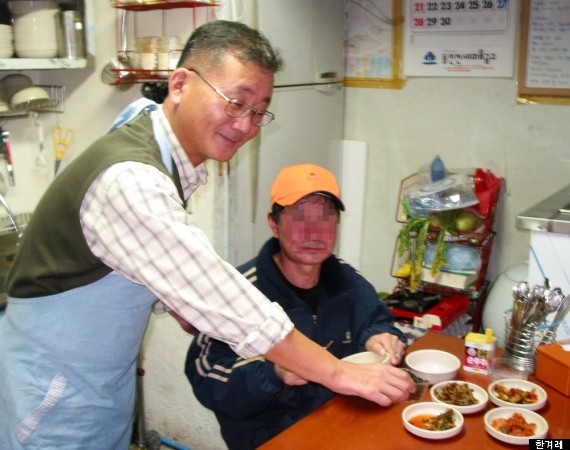 When that story became known, news reporters came to visit. A popular TV program called “Human Story” from KBS wanted to make a sequence of documentaries about the restaurant. He declined the offer, but the network’s producer begged him to reconsider. So he accepted, believing that it was God’s will.

The program created a huge sensation. Afterward, there were many other offers, but he turned them all down. He had enough help from volunteers and supporters.

Dandelion Noodle restaurant not only provides free food, but it also cares about helping homeless people begin to stand on their own feet. Youngnam Suh has watched with great joy as some of his physically and emotionally exhausted homeless customers have improved their lives and become members of society. Several of his customers have achieved independence in part by working at the restaurant.

Last Thanksgiving, a different side of Dandelion Noodle restaurant became known to the world. KBS, which introduced it in the first place, told the story about another branch of the restaurant that opened in the Philippines, in a poverty-stricken city called Caloocan. The kitchen is in the annex of Saint Bangla Catholic Church near La Loma Catholic Cemetery.

Youngnam Suh chose to open a restaurant in the Philippines because, in 1988, he had traveled there as a priest. Filipinos he met welcomed him with warmth and hospitality, even though they were poor and had nothing to offer him. He vowed that he would help them if he ever had the chance.

Years later, he said, God gave him that chance.

No one knows whether the Dandelion Noodle restaurant will continue to expand. But Youngnam Suh's hope for the future is one not likely to be heard from most restaurateurs: he looks forward to the day when the restaurant closes down. That day, he said, will be the day when the world no longer needs a soup kitchen.

This article originally appeared on The Huffington Post Korea and was translated from Korean. 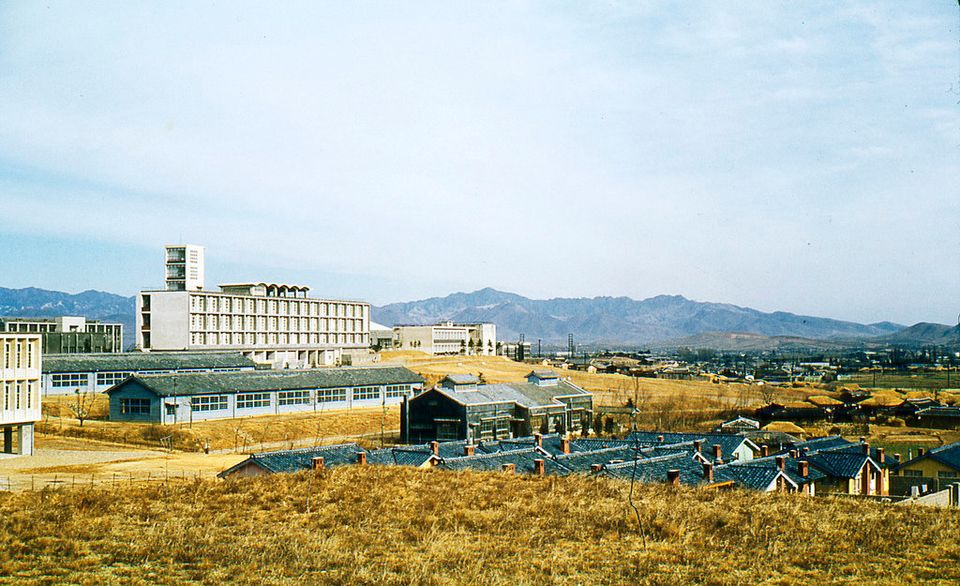 1 / 15
1959 Taegu City, South Korea
Photograph of Taegu City (aka Daegu) taken in late 1959 from a local reservoir by my father, Leroy Smothers. Taegu is located in eastern South Korea in the province of Kyongsangbukdo (aka Gyeongsangbukdo); it is currently the 3rd largest city in South Korea. Image source: 35 mm Slide labeled "From Reservoir, Taegu - 1959" by photographer <a href="http://www.flickr.com/photos/smothers/sets/72157594443648942/with/364086127/">Leroy Smothers</a>
Leroy Smothers