SEOUL, South Korea (AP) – Hundreds of prostitutes and pimps rallied Tuesday near a red-light district in Seoul to protest a police crackdown on brothels, with some unsuccessfully attempting to set themselves on fire. (Scroll down for photos) A crowd of about 400 people, mostly women wearing baseball caps, masks and sunglasses, chanted slogans like, "Guarantee the right to live!" during the four-hour rally.

At one point, about 20 protesters in their underwear and covered in body and face paint doused themselves in flammable liquid in an apparent attempt to burn themselves, but others stopped them from lighting any flames. Some of the women then sat in the street and wept and screamed, while other protesters consoled them.

Minor scuffles between protesters and police officers erupted after the rally, but there were no reports of major injuries.

Prostitution is illegal in South Korea but is widespread despite repeated government crackdowns.

The rally comes weeks after officials began stationing police cars near brothels in a bid to drive away people looking to pay for sex.

The sex workers accuse a nearby department store of pushing police to take such measures. Police deny the claim. 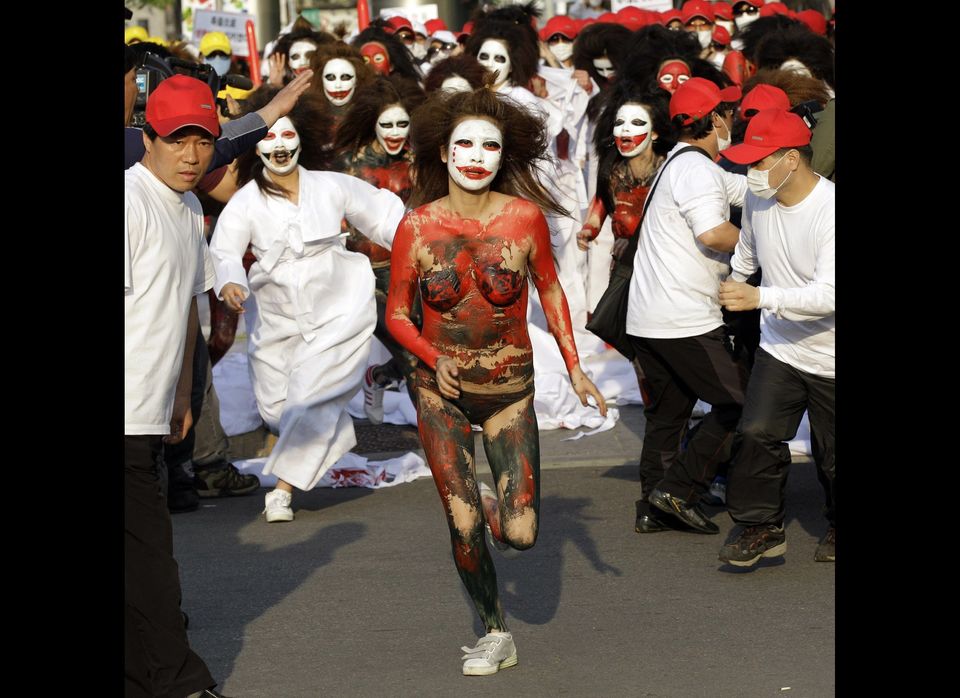