SEOUL, South Korea — Hundreds of South Korean sex workers have rallied to call for the abolishment of laws that toughened the punishment for prostitution.

About 1,600 prostitutes and pimps chanted slogans calling for the laws to be scrapped at a rally in Seoul on Thursday. The prostitutes mostly wore baseball caps, sunglasses and masks to hide their identities.

Police said the rally was peaceful.

Prostitution is illegal in South Korea, but is widespread despite repeated government crackdowns.

South Korea enforced tougher anti-prostitution laws in 2004, driving thousands of prostitutes and pimps out of business.

Photos from the protests: 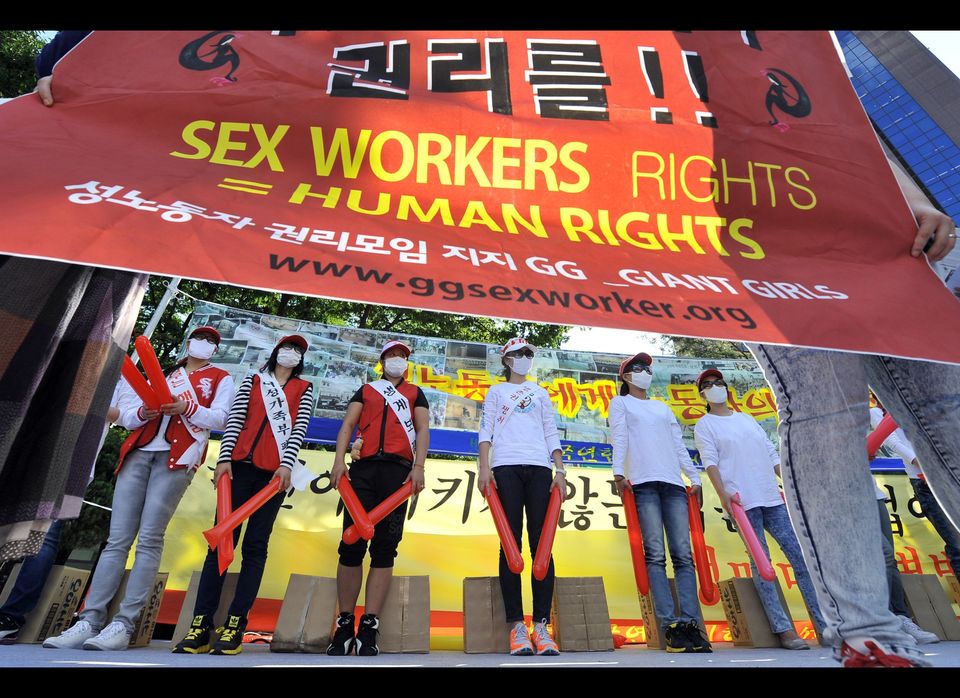 1 / 8
South Korean women working in the sex industry stand on a stage during a rally in central Seoul on September 22, 2011 in protest at frequent crackdowns by authorities. About 1,500 women wearing masks to conceal their identities chanted slogans such as 'Sex work is not crime, but labour!' and called for the abolition of a special law enacted in 2004 to curb prostitution. (Jung Yeon-Je/AFP/Getty Images)
Getty