Following an exchange of artillery fire last November, tensions between the two Koreas remain at an all-time high.

And as the AFP is reporting, South Korea's military is hoping to fight back against critics, many of whom felt the nation was sluggish and ill-prepared when it came to responding to North Korea's aggressive acts. Judging from these shiver-inducing shots of South Korean soldiers undergoing winter endurance training, the troops are taking President Lee Myung-bak's New Year's vow to enhance combat readiness -- which also includes additional certification in shooting weapons and reading maps for enlisted personnel -- quite literally.

As part of their training, the soldiers ran bare-chested through frozen fields near Heonggye, and grimaced as they rubbed handfuls of snow across their torsos. As Park Syung-je at the Asia Strategy Institute tells VOA News, these additional preparations are meant to send a stronger message to North Korea that Seoul is now better equipped to retaliate strongly in case of further provocation. 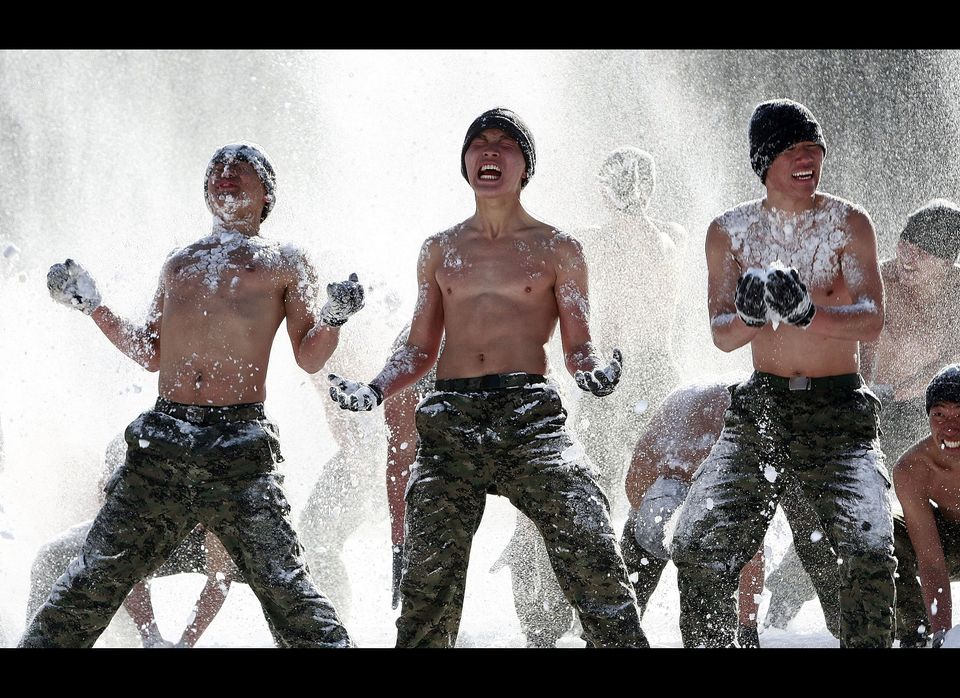