There have been countless makeup transformations that have left our editors speechless because of the artist's ability to literally morph into a celebrity or animal with the right amount of foundation and eyeshadow. Yet, we can't stop talking after watching a recent viral video of a South Korean woman removing her makeup.

In the "How to remove your face" tutorial, the bob-haired woman soaks a cotton swab with makeup remover, presses it against her heavily-lined eyes and proceeds to swipe off the shadow, brow filler and foundation from the right side of her face. The stark difference between her creased, much wider eye hints to possible use of a tool commonly used among Asian women: double eyelid tape.

Since the video was uploaded on May 2, it has garnered over 5 million views and hundreds of reactions to the woman's half made-up face ranged from astonishment to admiration. 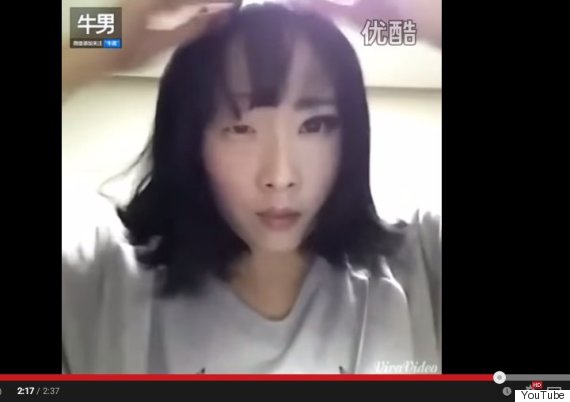 One YouTube commenter wrote: "Jesus Christ.. Everything was illusion." While another said: "She looks prettier without the make up and younger too. Well she wanted the big eyes and she achieved it, good work! I don't think I can achieve the effect, I have to practice a lot." But like many viewers, we're left wondering what brand of makeup remover she used.

Whether you think this is just another example of makeup sorcery or appreciate the woman's artistry, you can't deny the power of makeup.