An unchecked beer buzz may set revelers back as much as $1,000 at next year's South Side Irish Parade.

Three years after the parade was cancelled due to 54 arrests, assaults on police and rampant public urination, a Beverly alderman is proposing an ordinance that would levy steep fines for people drinking on the public way within 200 feet of the parade route, reports the Sun-TImes.

Ald. Matt O’Shea (19th) is hoping the City Council will approve the ordinance that aims to increase public drunkenness fines from $100 to $500, writes the Sun-Times, and doubling the maximum penalty to $1,000. Public pants-droppers who use the city sidewalk as a bathroom could spend time behind bars, and minors caught drinking on the sly would face more than a wrist-slap.

The ordinance does provide an alternative to offenders who don't want to pay up, reports NBC Chicago. In lieu of fines, bad behavior would land perps six months in jail.

Making concerted efforts to curb over-the-top drinking on what was one of the largest St. Patrick's Day parades outside of Dublin is important, says O'Shea. The alderman told the Sun-Times if no measures are taken, "the idiots will come back next year or two years or three years from now."

"Whatever I can do each year to try to keep them away, I’m gonna do," he added.

The parade dates back to 1979, according to CBS Chicago, and ballooned in popularity until it reached an estimated 300,000 attendees in 2009. Shortly after the 2009 debacle, parade committee members voted to shut the parade down, reviving in earlier this year--but with more security and restrictions.

There were no arrests in this year's more family-friendly parade, which featured a smaller crowd and more patriotic theme, according to ABC7. To keep things in order along the parade's long stretch of Western Ave., officials discouraged North Side bars from bussing people down, and open containers of alcohol were banned near area Metra stations, said the Tribune.

Parade officials have already outlined a proposed security plan for the 2013 event, to be held on Sunday, March 10. 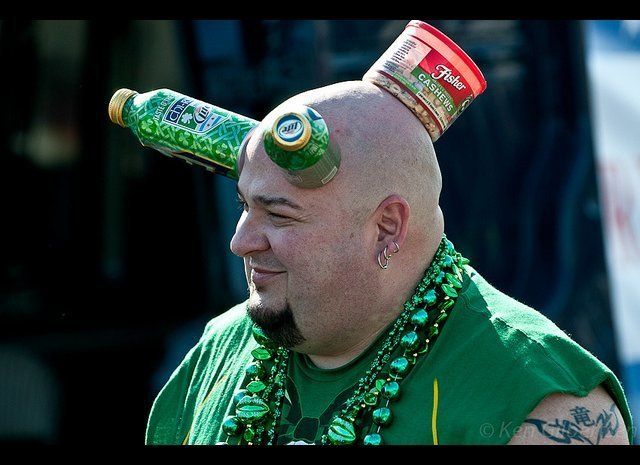