TAMBURA, South Sudan –- Pineapple farmer Marko Bagayowya has big plans. He wants to build a juice factory and sell South Sudan-made drinks. He wants to leave his four children an inheritance, something his own father was unable to do. And he wants to build a legacy for his brand-new nation -- a land that is rich in oil and agricultural resources, but where people are starving to death. 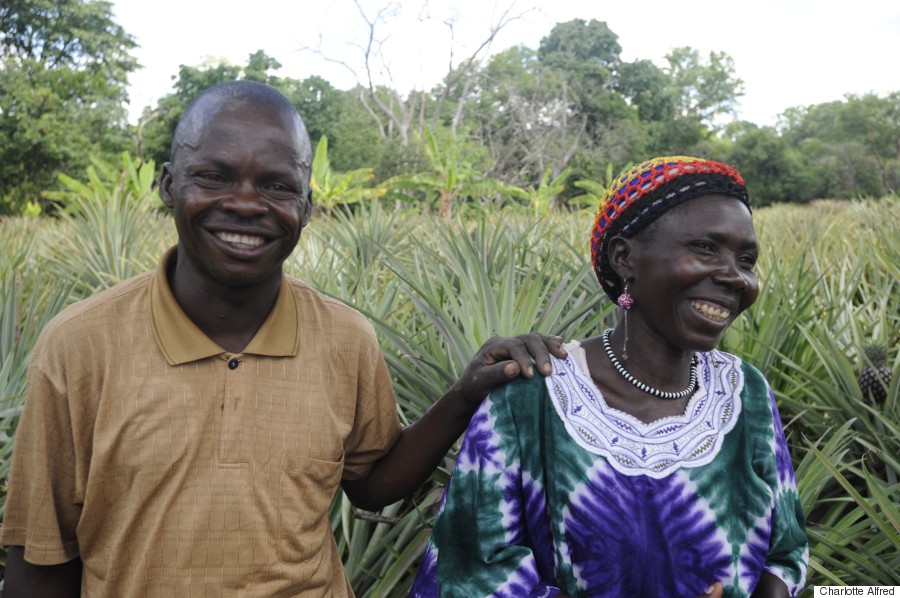 Conflict broke out in South Sudan in 2013, just two years after the country gained hard-fought independence from Sudan. A political dispute between the new nation’s leaders ignited a civil war that has killed tens of thousands and sparked one of the worst humanitarian crises on the globe.

South Sudan, the birthplace of some of the earliest crop and livestock farming in human history, faces a severe food crisis. The region has long been afflicted by food shortages amid wars with Sudan’s government, economic neglect and seasonal drought and flooding patterns. But last week hunger levels hit a new low in South Sudan: An expert report estimated that 4.6 million people now have dangerously low access to food. With the economy crumbling, aid budgets shrinking and no end in sight to war, the World Food Programme warned the situation could rapidly get even worse.

The war has disrupted farming, drained state resources and sent inflation spiraling. In the capital city of Juba, the price of basic foods has increased up to 70 percent since the beginning of the year. Prices are fluctuating wildly. For example, a kilogram of beef that cost about $6 last year now hovers around $18. Most people are spending over 80 percent of their income on food, and eat a maximum of two meals a day.

Yet many in South Sudan are toiling to make sure the country’s potential is not entirely squandered. In pockets of relative peace, South Sudanese farmers are working to feed their nation and prepare for a more peaceful future.

Bagayowya, 43, and his wife Susanne, 39, farm together in Tambura in the lush Western Equatoria state. Susanne met her farmer husband when he started frequenting the food stall she ran in town. “I knew nothing about farming, but Marko taught me how to farm, and now I grow peanuts and cassava for our family,” she said. 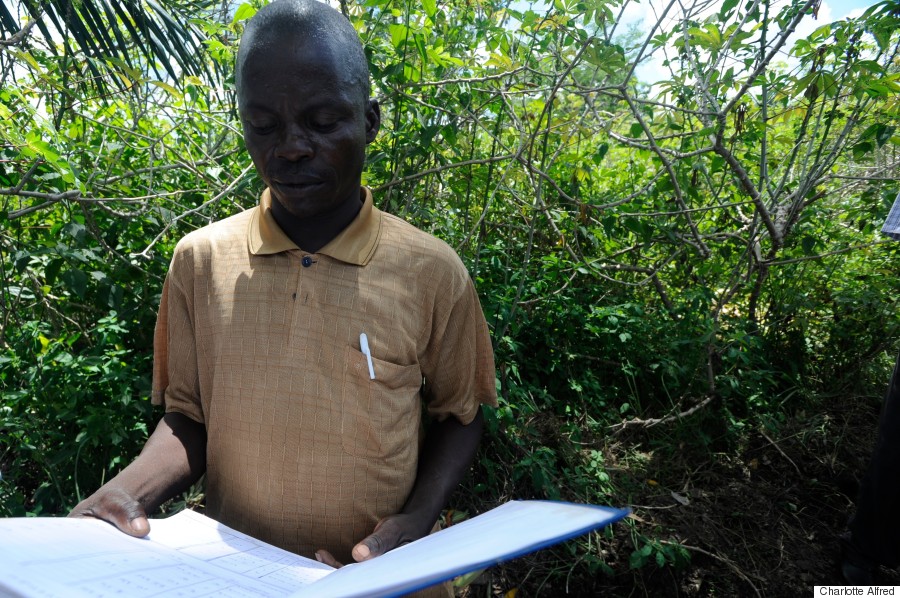 This corner of South Sudan, which borders the Central African Republic and the Democratic Republic of Congo, has largely stayed out of the fighting. Teeming with wildlife and tropical forest, the region’s microclimate allows people to grow fruits and vegetables unseen in the rest of the country, like bananas, oranges and sweet potatoes. “We have a joke around here: ‘Even if you plant a nail, it will blossom,’” Nhamo Ndebele, a program manager for aid group World Vision, which supports Bagayowya and other farmers in the region, told The WorldPost.

The region also has a secret ingredient. “In Western Equatoria they eat peanuts with everything, which is why you don’t see the high levels of malnutrition as in other parts of the country,” Madeleine Bilonda, a World Vision program manager, told The WorldPost.

“It is very important to be a farmer in South Sudan right now,” Bagayowya told the WorldPost. “If there is peace, I hope I can go to other parts of the country and share my experience, so that people in South Sudan can have enough food for their families."

“This country has really huge potential regarding agriculture because of its many natural resources,” George Fominyen, World Food Programme communications officer in South Sudan, told The WorldPost. “Western Equatoria in particular has the potential to serve as a bread basket for South Sudan and the rest of the region.” 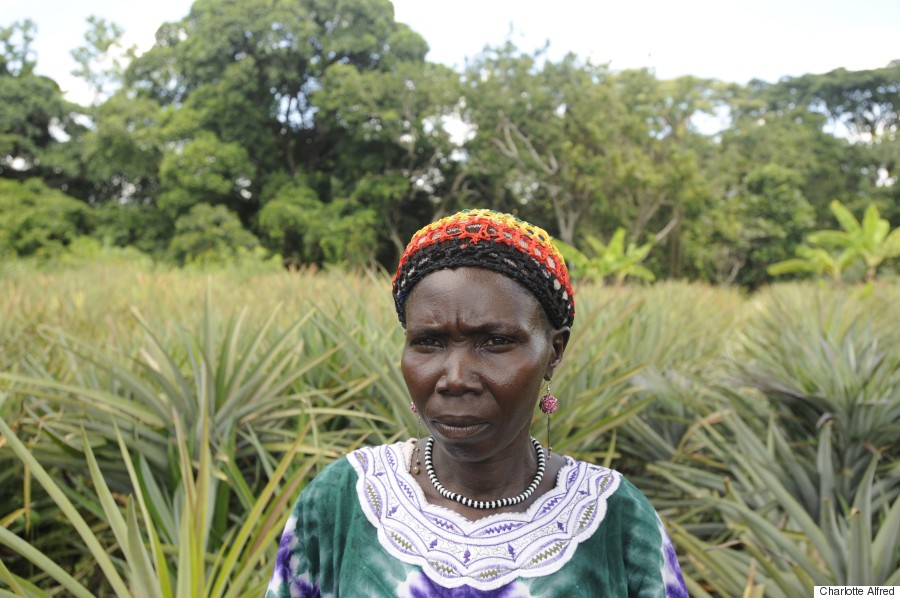 The state is already helping to feed the country, albeit on a small scale. The World Food Programme buys some of its emergency food aid from smallholder farmers in Western Equatoria. Yet it remains incredibly hard for South Sudan’s farmers to sell food beyond their own community. Western Equatoria produces a surplus of food, yet farmers struggle to compete with neighboring Uganda, World Vision program coordinator Marcelias Moyo told The WorldPost.

“If there were functioning roads, West Equatoria could become a food exporter,” he said.

But South Sudan has less than 200 miles of paved road in the whole country, and it can take days for a vehicle to reach the capital on dirt roads strewn with pot holes and increasingly plagued by armed violence.

South Sudan’s chronic underdevelopment goes back to the neglect and conflict the country suffered under the rule of colonial powers and of the Sudanese government in Khartoum. The 2011 independence referendum, the culmination of a U.S.-brokered peace deal with Sudan, was meant to change all that. 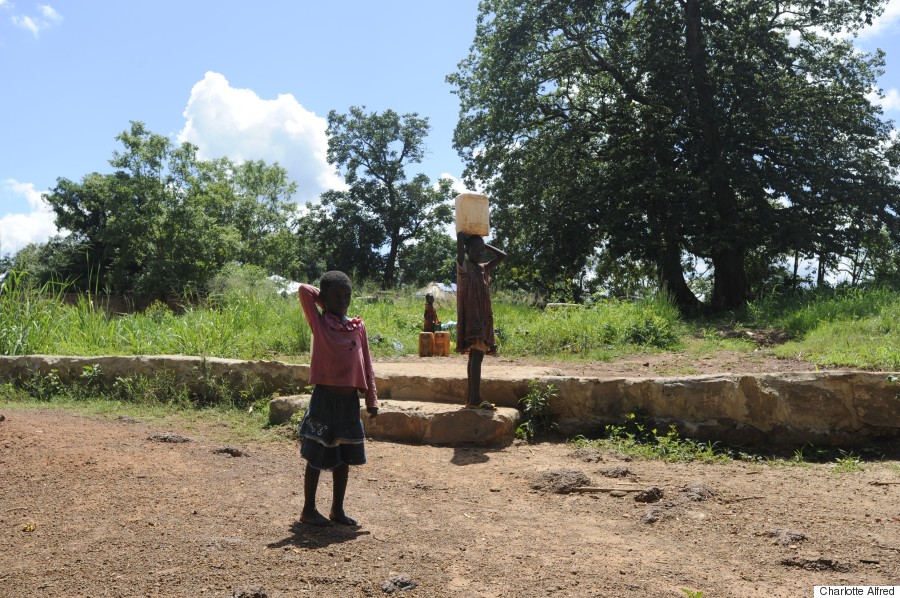 But in December 2013, Sudan’s President Salva Kiir accused former Vice-President Riek Machar of attempting to stage a coup, igniting a conflict rife with ethnically motivated killings, sexual violence and the use of child soldiers. There has been an uptick in fighting in recent weeks, with reports of towns razed to the ground and widespread rape and slaughter, according to the United Nations.

The war has diverted resources away from helping the new nation get on its feet. The fledgling agricultural sector needs investment to modernize farming methods and to access outside markets. But with thousands of children dying of hunger, humanitarian organizations that were planning longer-term development projects have had to shift resources to emergency aid. Meanwhile, South Sudan’s government rapidly went from running a budget surplus to sustaining huge debts.

“The independence of South Sudan was an opportunity for all of us, because for the first time we were to produce our own goods, get jobs and visit other countries,” 28-year-old Anthony Fada, who runs an association of over 200 beekeepers churning out honey in Tambura, told The WorldPost. “Now people don’t even finish school,” Fada said. “We are not developed just because of war.” 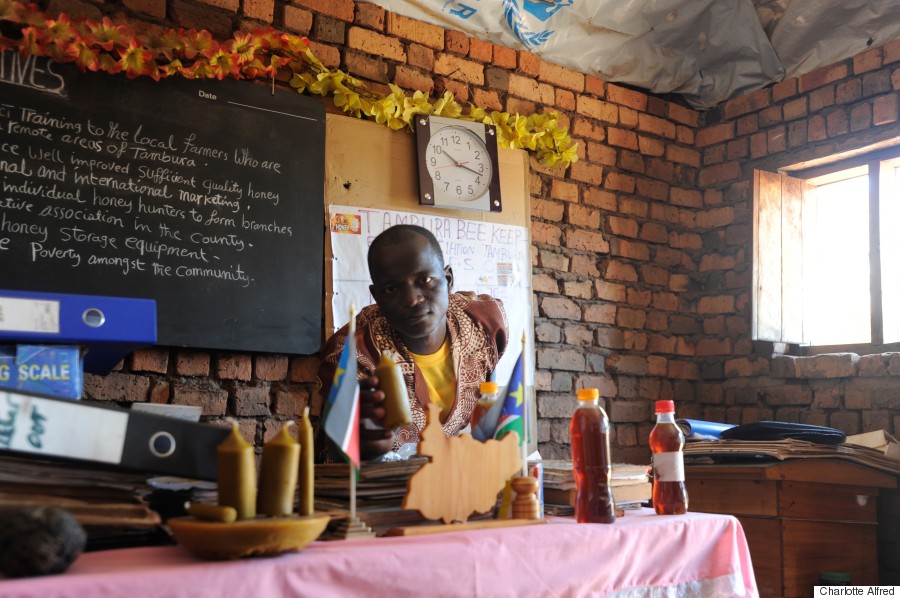 Even in the relative calm of Tambura, life is only getting harder as the war drags on. Elizabeth Elija, 30, works as a cleaner at the beekeepers' association so she can pay for her children to finish school, and have the resources to take them to the hospital if they get sick. “There is a lot of poverty here in this country, so people have to work hard,” she said. 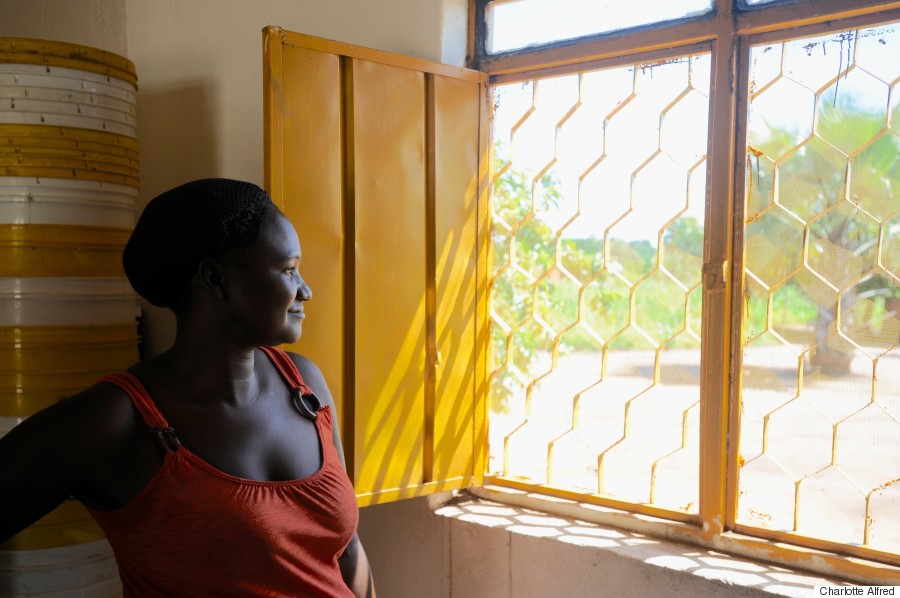 The country has repeatedly been brought to the brink of famine in the past year.

“Only massive humanitarian support and the sheer resilience of the people of South Sudan were we able to prevent a catastrophe last year,” Fominyen said. “South Sudanese are people who in very difficult circumstances find ways to survive, as they have experienced conflict for many years in the past.”

Nearly 2 million people have been displaced by the conflict, many of them believed to be hiding in the bush. Separated from their crops and livestock, some are surviving on wild plants. They have few safe water sources, in a country where 32 percent of the population does not have access to clean drinking water. Malnutrition rates are soaring to levels the United Nations Children’s Fund last week described as an “alarming situation.” “Our country has been through a long period of war, and we are lacking enough food, so ... I am very happy to provide products that benefit my community,” Fada said, listing the benefits of honey for nutrition and treating common ailments in a community with little access to medicine.

“But without peace, there will be no industry in South Sudan. With peace, we can do all the things that we need,” he said.

- These Girls Dream Big Despite Hunger, Discrimination And Conflict - This War Is Dramatically Escalating, But Remains Hidden From View - Political Exiles' Return To South Sudan Raises Cautious Hopes For Peace - Life Inside A UN Base Where Thousands Shelter From South Sudan's War

The reporter traveled to South Sudan on a media trip organized and funded by the aid group World Vision.