"I was born in war, I went to school during war, I got married during war, I raised my six children during war and now I am growing old and raising grandchildren in war. I am so sick of war," said Lucia, 56, at the Jesuit Refugee Service compound in Maban, South Sudan. Lucia has been displaced four times in her life. Violence in her native South Sudan comes in waves, with each new cycle of life.

The refugee crisis underway today in Europe is driven by Syrians, Iraqis, Afghans, and Eritrean, Sudanese and other African refugees fleeing war and oppressive circumstances. Humanitarian crises disrupt education by delaying access to schools and contributing to higher dropout and lower completion rates. When such emergencies result in displacement, the lack of access to quality education can have profound implications for the ability of affected communities to recover and thrive.

Through our education programs, JRS has been accompanying and serving refugees and internally displaced people in southern Sudan -- now the independent country of South Sudan -- since 1992. Schools provide hope, and education creates a culture of peace that enables refugees to ease their resettlement and integration into their new countries of refuge, or -- the hope of so many -- to return home as leaders of their communities to help rebuild their countries.

The fundamental right of children to education is most at risk during emergencies. Humanitarian crises -- including wars, earthquakes, tsunamis, floods and protracted conflict -- disrupt education, delay access, and contribute to higher dropout and lower completion rates. When such emergencies result in displacement, the lack of access to quality education can have profound implications for the ability of affected communities to recover and thrive.

Four years ago, the international community joined South Sudan in celebrating what seemed to be a new era as it overcame five decades of war and gained independence. However, the hoped for stability did not follow the earlier joy of independence.

To the north, in Sudan, war continued as the Khartoum government rained bombs down on its own states of South Kordofan and Blue Nile, on the new southern border. These assaults have left 500,000 people in need of humanitarian assistance and have resulted in 130,000 new refugees from Blue Nile state seeking refuge in South Sudan.

Violence also continued in South Sudan, eventually escalating into an open civil war following an outbreak of intensified conflict in December of 2013. Since independence in 2011, an estimated 50,000 to 100,000 people have perished, and more than two million people are currently displaced. A new and long-term threat has resulted as well: one-third of the South Sudanese population faces severe food shortages.

"I grew up in war, but the worst challenge I've faced has been during this recent one. I was living in Malakal when fighting came to my home in January. My house was burnt to the ground. The next day I found rebels with weapons in what was left of my damaged house. They were the age of my son and they wanted to take me as their wife," said Lucia.

"Security is a big problem, there is no safety. Every two months or so violence disrupts school and students don't come to class. Children lack the basic necessities to study, like books. There is not enough food and no drinking water. These are essential to becoming a good student," said Abuolela, a refugee and teacher in Maban. He is one of 100 primary school teachers trained by JRS in English, teaching methodology, and other subjects.

Despite the hardships, these refugee teachers use education as their protest to injustice.

"I have chosen to be a teacher because I want to help children and to keep the generation moving forward... When I teach and see the achievements of my students I feel happy because I know they are going to know their rights," said Leila, another refugee and teacher in Maban.

"I managed to escape. Even though nothing of my home remains, my life did. I have neighbors who lost everything, including people they love. I am lucky," said Lucia, showing the only thing that remains of her home -- a photo on her mobile phone.

Support the work of JRS in South Sudan and elsewhere by clicking here and making a secure online donation today. 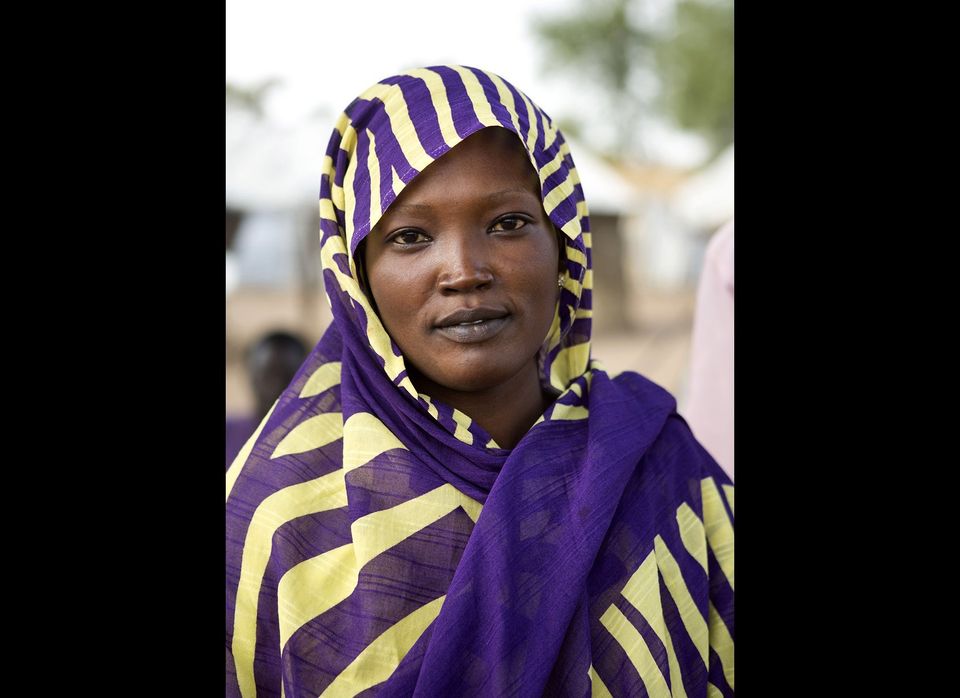 1 / 9
“The JRS teacher training is strengthening us. As teachers who came here from the north we were surprised that English had become predominant. Through the English courses we learned how to deliver lessons. It has helped me a lot. I can now speak better than before and I trust myself that I can give a very good lesson,” said Leila, a Sudanese refugee teacher in Gendrassa refugee camp, Maban, South Sudan. (Andrew Ash — Jesuit Refugee Service)