South Sudan's initiation into the ranks of sovereign nation-states has at times been a baptism by fire. Simmering tensions with its Sudanese neighbor to the north have brought the two countries to the brink of war. Inter-communal violence has killed hundreds of civilians and uprooted many thousands. The hit-and-run attacks of an armed group in the strife-torn state of Jonglei have defied government efforts to stabilize the largest state in the country.

But the people of South Sudan will put aside those setbacks on July 9 and celebrate the second anniversary of their hard-won independence. It is time to congratulate the Republic of South Sudan and the South Sudanese people. 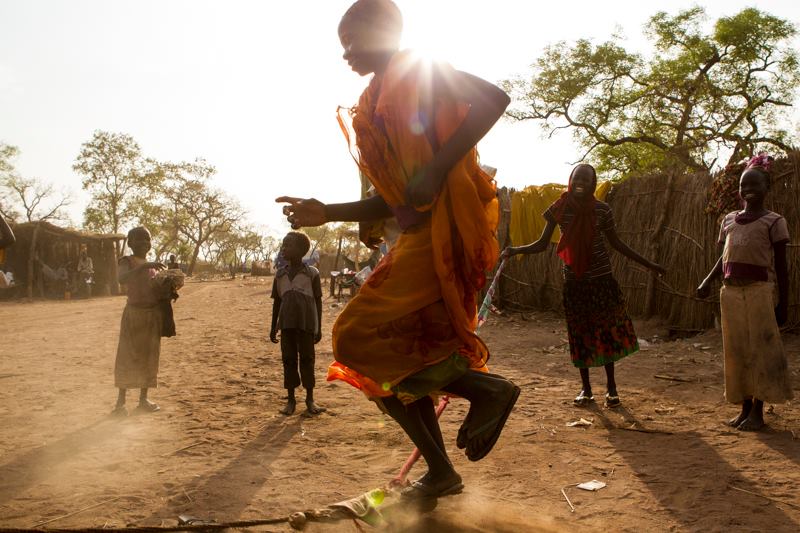 South Sudan should be recognized for its resilience. It is resilient because its people fought for over two decades to claim their rightful place among the family of nations. Resilient because it has weathered 18 months of belt-tightening measures induced by the loss of nearly all its income through the suspension of oil production. Resilient because it is tackling the formidable tasks of nation- and state-building against a backdrop of negligible infrastructure, inter-communal conflict and meager levels of human and social development that consistently rank South Sudan among the world's poorest countries.

I witnessed the birth of South Sudan in its capital Juba on July 2011 and the outpouring of euphoria that greeted the dawn of independence. But South Sudan's honeymoon with the international community is over. Among other things, the Government of South Sudan has been taken to task over the human rights violations of ill-disciplined security forces, the abrupt decision in January 2012 to halt oil production on account of a dispute with Khartoum over pipeline fees and misappropriation of oil, and disturbing allegations of extensive corruption that have been acknowledged in public by President Salva Kiir Mayardit.

This heightened scrutiny of the young nation should be welcomed. The cause of human rights was at the heart of South Sudan's long struggle for independence. The soldiers who staged a mutiny in the Jonglei state capital of Bor 30 years ago and triggered Africa's longest civil war fought against decades of discrimination and being excluded from meaningful participation in the national life of the old Sudan.

The security services of the young nation must take seriously their obligation to protect all citizens of South Sudan and be accountable for any violations. As President Salva Kiir Mayardit said on Human Rights Day last year: "We fought to be treated as equals, for our human rights to be respected, and for human dignity for all... Now is the time for us to make sure that our new nation is built on the same values and principles." Words need to be translated into action. One way of doing that is to complete the comprehensive and far-reaching reforms of the South Sudan National Police Service which are well underway, with support from hundreds of UN police advisors. Curbing corruption is another top priority as the third year of sovereignty approaches. South Sudan should make sure that the oil resources become a blessing and not a curse. A financial management act was recently approved by the national legislative assembly, an oil revenue management act is soon to be passed and a South Sudan oil and gas commission has been established, all to improve economic transparency and reduce financial mismanagement.

As South Sudan celebrates its independence, the mandate of the UN peacekeeping Mission in South Sudan (UNMISS) is up for renewal; Secretary-General Ban Ki-moon has asked the UN Security Council to extend the mission's mandate.

As head of the Mission in South Sudan, I look forward to another year of close collaboration with the government on a wide range of challenges.

Foremost among these is the protection of civilians under imminent threat of physical violence. The primary responsibility will always rest with the South Sudanese government and its security forces. But UNMISS will continue to support the government's efforts in this area and also act independently to protect civilians under the Chapter 7 mandate approved by the UN Security Council. At least 12,000 South Sudanese civilians fleeing violence have been given shelter at our bases in the past nine months.

The UN is also mandated to be a critical voice when warranted. The Mission's Human Rights Division has issued two in-depth reports on inter-communal violence in Jonglei State that called on the South Sudanese government to take more steps to safeguard communities under threat of attack. Furthermore, we have worked successfully with South Sudanese authorities to identify and resolve hundreds and hundreds of cases of prolonged and arbitrary detention in all ten states of the country.

The second year of South Sudan's independence was also a trying time for UNMISS as two senseless attacks on our peacekeepers killed 16. But the global commitment to the new nation remains robust, with 63 foreign countries represented among the more than 10,000 civilian, military and police staff members of UNMISS.

The sky-high expectations that greeted the birth of South Sudan have been tempered by two sobering years of painful austerity and frictions with Sudan and also internal tensions. But the trials and frustrations of the recent past must also be kept in perspective: in a decade when many countries in sub-Saharan Africa are celebrating the golden anniversary of their independence, South Sudan is still very much the new kid on the block.

The criteria for judging the world's youngest country should reflect that. In the meantime, let us celebrate the Republic of South Sudan's second birthday, and renew our pledge to help its people achieve the enduring peace and prosperity they so richly deserve.

Hilde F. Johnson is the Special Representative of the United Nations Secretary-General in South Sudan and Head of UNMISS.

Special Representative of the U.N. Secretary-General in South Sudan