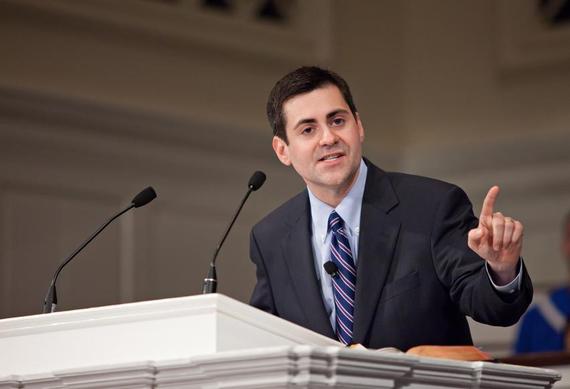 Last Monday's Sightings surveyed recent on-line religion stories and found only one about Southern Baptists. This was strange or exceptional or meant some overlooking of items on our part.

A sample of more representative and reliable accounting has since appeared in a Religion News Service story by Jonathan Merritt, "Does Russell Moore Really Represent Southern Baptists?" (see "Resources" below). Most readers may not know or care about one individual in one denomination and some readers may not care about any individual in any denomination. But there are good reasons to take at least occasional note of some. Russell Moore is one of them.

Many actively religious citizens "do" much of their religionizing in local gatherings: congregations, churches, parishes, synagogues, mosques, etc. which are public squares, even if they often get labeled "private." Among denominations, the media pays attention to the Southern Baptist Convention (SBC), since, among other things, there are more Southern Baptists in the United States alone than there are Jews in the whole world. And SBC people do have ways of making news, if, among other reasons, they are often in conflict and they sometimes spin off, against their wishes, sizable new movements of at least quasi-denominational character.

Paradoxes abound among Southern Baptists. From one angle they are traditionally religious, founded and defined. From other angles they are secular, by most definitions, including the devotion of many "public-life" Baptists to worldly and materialist concerns. A sociologist of religion some decades ago wrote that three words could connote these extremes: Texas Baptist Millionaire.

In polity, they are fiercely devoted to local autonomy, yet they are also more mobilizable as groups for common declarations and actions than are adherents in most denominations. Traditionally, they were uneasy about political involvements, but in the most recent half-century their level of involvement has increased dramatically, and those who cover politics cannot avoid mention of them.

Back to Russell Moore, who is president of the always on-the-spot Ethics and Religious Liberty Commission of the SBC. He succeeds Richard Land, usually tabbed a founder of the New Christian Right. Moore is perceived as being more moderate, but he knows that the word "moderate" does not always work in the SBC. And Jonathan Merritt, veteran commentator on things Southern Baptist, is not always seen as neutral when addressing his subject.

In the little space remaining, let's notice what Merritt found noteworthy in Moore's scope. Skipping items on political campaigns, here are some: Is Moore "soft" on gay marriage and abortion? Too ready to support "reform that 'establishes a path toward legal status and/or citizenship?'" Right to have denounced "gay therapy" as a "cure" for homosexuality? Right to have written "Let's take down that flag" of the Confederacy from the South Carolina Capitol? Should he have signed a letter asking Congress to "reject damaging changes to the U.S. refugee resettlement system?"