LOS ANGELES (AP) — A man who was “full of anger” stabbed, slashed and robbed his way across two Southern California cities in a bloody rampage that killed four people and wounded two others who were apparently targeted at random, authorities said.

The 33-year-old man from Garden Grove robbed more than half a dozen businesses and killed two men at his own apartment complex during the two-hour wave of violence Wednesday, police said.

He was arrested as he walked out of a convenience store in neighboring Santa Ana, dropping a knife and a gun he had taken from a security guard he had just killed. The attacker’s name wasn’t immediately released.

The violence appeared to be random and the only known motives seem to be “robbery, hate, homicide,” Garden Grove police Lt. Carl Whitney said at a news conference.

“We know this guy was full of anger and he harmed a lot of people tonight,” Whitney said Wednesday.

The attacker and all the victims were Hispanic, police said.

The two people who were wounded were listed in stable condition Wednesday night and were expected to survive.

Surveillance cameras caught some of the carnage.

“We have video showing him attacking these people and conducting these murders,” he said.

Whitney said the man lived in a Garden Grove apartment building where he stabbed two men during some kind of confrontation. One man died inside an apartment and another was found wounded on the balcony and died at a hospital.

The owner, who asked not to be identified, told KCAL-TV that she was charging her cellphone at about 4 p.m. when the man drove up and apparently mistook her for a customer.

“He went directly to the register and tried to open the register ... he showed me a gun,” she said. He took all the money and fled.

“I think I was very lucky because he thought I was a customer, not the owner,” she said.

The man also robbed an insurance business, where a 54-year-old employee was stabbed several times and was expected to survive.

He was armed with “some sort of machete knives” when he confronted the woman, Whitney said.

The woman “was very brave,” Whitney said. “She fought as best she could.”

An alarm company saw the robbery on a live television feed and called police.

“They could see that the female victim was on the ground with blood and multiple injuries,” Whitney said.

The man fled with cash and also robbed a check-cashing business next door, the lieutenant said.

Shortly after 6 p.m., the attacker drove up to a Chevron station, where he attacked a man pumping gas “for no reason,” Whitney said. “There was no robbery.”

The man was stabbed in the back and “his nose was nearly severed off his face,” the lieutenant said. Bystanders rushed to help the man, he said.

Undercover detectives tracked the suspect’s silver Mercedes to the parking lot of the 7-Eleven store in Santa Ana and within a minute of their arrival the man came out of the store, carrying a large knife and a gun that he had cut from the belt of a security guard after stabbing him, Whitney said.

The man had followed the guard into the store and stabbed him several times during a confrontation, Whitney said.

Police ordered the man to drop his weapons and he complied and was arrested.

Police then learned that a male employee of a nearby Subway restaurant also had been fatally stabbed during a robbery, Whitney said.

The brutal and puzzling attack came just days after a pair of mass shootings in Texas and Ohio left 31 people dead and stunned the nation. The shooter in El Paso, Texas, apparently posted an anti-immigrant screed before killing 22 people at a Walmart on Saturday. Less than a day later, a man opened fire on a Dayton, Ohio, entertainment district, killing nine people before police shot him dead. 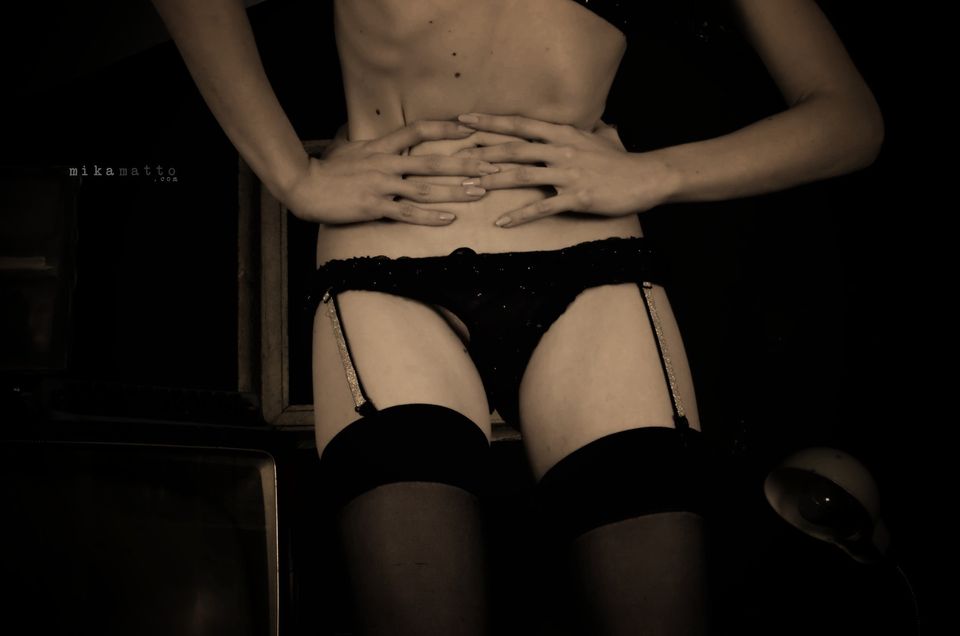 1 / 8
The Black Dahlia: 1947
The body found in a vacant lot at the corner of South Norton and 39th Street turned out to be that of Elizabeth Short, a 22-year-old Hollywood hopeful. Neatly divided at the waist, the two sections of her body were found by a child on her way to school. The details, well reported in the press at the time, gave a glimpse into the darkest recesses of the human psyche.
WikiMedia