EDITOR'S NOTE: Of course, this piece does not reference all Southerners, but the identifiable trends in the Southern politics over time.

To many observers, the veneer of contemporary Republicanism makes modern southern politics appear little different than the brand of conservatism that prevails across the mountain states, Southwest, Midwest and even large pockets of the presumably communist Pacific Northwest.

Stripped of the façade of party colors, the game of division, nullification, and obstruction practiced by southern reactionaries today is the same as the fathomlessly fraudulent politics that split the country in 1861 and in significant ways has kept it apart ever since.

The problem is that today's southern-fried Republican Party hasn't simply abdicated its most important leadership positions to Dixie pols, it has adopted its rebel culture of suspicion and hostility toward any Washington D.C. government.

The result is a political process hobbled by a poisonous tradition of southern resistance and vendetta that keeps the country dithering over such ridiculous matters as contraception and gay rights while China colonizes half of Africa, builds the world's greatest high-speed rail network and even manages to do capitalism better than us.

That's because unchecked southern pathos are destroying the American political process with a time-sharpened array of toxic influences:

Chuck Thompson is the author of Better Off Without 'Em: A Northern Manifesto for Southern Secession [Simon & Schuster, $25.00].

PHOTO GALLERY
Why Southern Politics Are Disruptive
Download
Calling all HuffPost superfans!
Sign up for membership to become a founding member and help shape HuffPost's next chapter
Join HuffPost 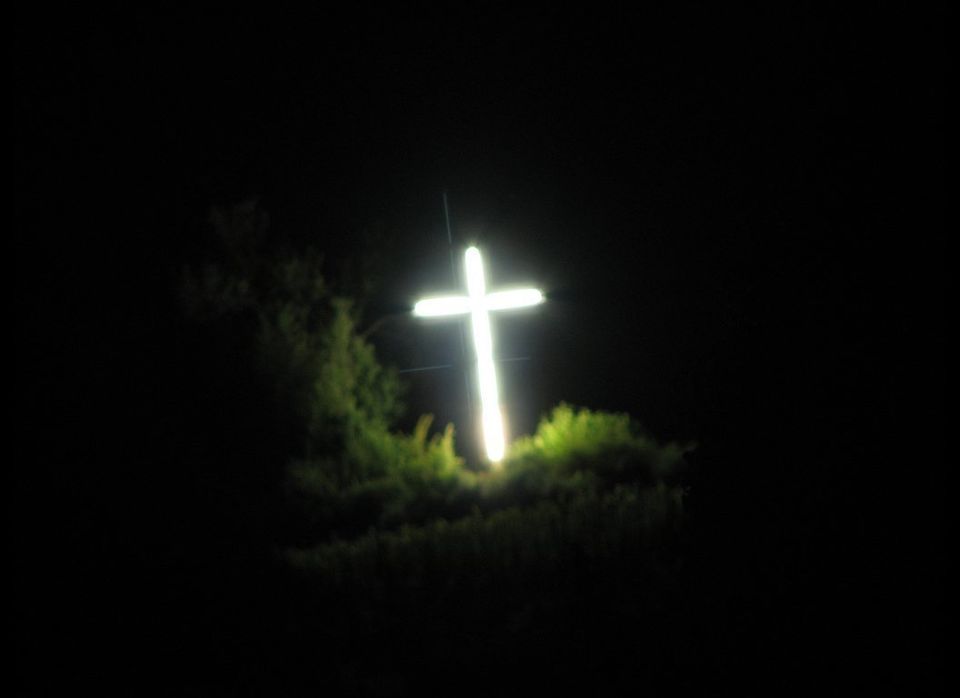 1 / 5
Religious fanaticism
In June 2010, at the height of the ineffectual effort to cap the BP Deepwater Horizon oil gusher on the floor of the Gulf of Mexico, the Louisiana State Senate devised a novel solution. Specifically, on the sixty-sixth day of the environmental tragedy, the men and women duly elected to deal with Louisiana's many and varied problems declared a statewide Day of Prayer, beseeching God to bring a swift end to the undersea petro geyser. The resolution passed unanimously and was signed by Governor Bobby Jindal, meaning that while one of the greatest manmade disasters in history spewed acres of gook and roving tar balls off of their coastline, not a single senator in all of Louisiana had the brains or balls to stand up and say, "Are you guys fucking kidding me with this shit?" BP's gusher wasn't stopped until July 15, three weeks after the Day of Prayer, and then only when a mortal-made, 150,000-pound cap was lowered onto the wellhead. Yet as the unanimous senate vote confirmed, the Day of Prayer was viewed as a perfectly reasonable political response in a part of the country where Obama is a Muslim and alligator nuggets are a delicacy. This may be well and good for Louisiana, but once in Washington, the effects of hidebound religious dogma hogtie national progress. Those who hold that God's law is immutable arrive in the nation's capital armed not with the diplomat's skills of persuasion and compromise, but with the fanatic's conviction that negotiation with infidels equals sin, making a moral imperative of opposing all heathen political interests, no matter how logical or goodly. Thus is put into play the unbending "no compromise" plot lines that have stymied debate and brought the country to its current state of political stalemate. It's not that religious zealots won't compromise. It's that they can't. If they could they wouldn't be religious zealots in the first place. And, yes, there are evangelical kooks and other "southern" influences evident in all fifty states, but there are Walmarts and Levis in China, and the presence of these institutions no more makes China the United States than the existence of Bible thumpers and barbecue restaurants makes the North the South. The South is the head, heart and tail of the evangelical beast in this country and the region from which it derives its electoral power. <a href="http://www.flickr.com/photos/spaztacular/192559139/sizes/l/in/photostream/" target="_hplink"><em>Flickr photo by spaztacular</em></a>
Flickr: spaztacular