Photographer and filmmaker Gillian Laub's new documentary, “Southern Rites," is a powerful portrayal of how perceptions and politics have divided two towns in southeast Georgia along racial lines for years. It’s a telling story on the role of race in modern-day America, but also one Laub didn’t originally intend on exploring -- that is, until her journey to these towns exposed her to a series of events she thought would be best told through film.

Laub first visited the area in 2009, when she set out to document a segregated prom at a high school in Montgomery County, which sits 150 miles outside Atlanta. Laub documented her experience there in a popular piece for The New York Times Magazine titled “A Prom Divided,” a month after the separate proms had taken place.

Soon the school was pressured by the public to integrate the annual dance, which they did the following year. Laub returned to the town to document the historic moment but, as shown in the film, was met with hostility and frustration from many residents.

Her return also came at a tumultuous time for the area and is chronicled in the documentary: an elderly white man in a neighboring town of Toombs County had been charged with the murder of a young, unarmed black man and a law enforcement official was running to become the county's first black sheriff. From this trip, Laub came away with a much bigger story than she anticipated, which soon prompted the making of her 90-minute documentary. 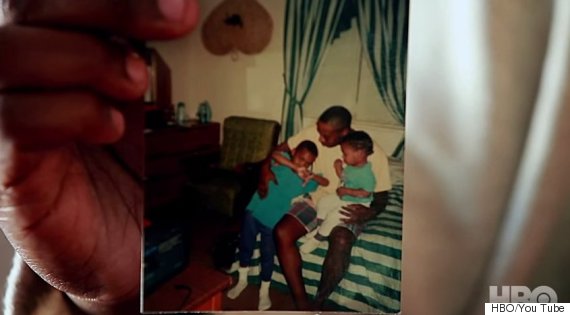 “Southern Rites,” which will air on HBO on May 18, packs in many complex truths and complicated views on race in these towns. It is told through the lens of those who have been accused of acting on racial bias, as well as those affected by its existence.

It closely recaps the events that led to the January 2011 death of 22-year-old Justin Patterson. Patterson, who was black, was shot by Norman Neesmith, a white resident living in a town in nearby Toombs County. The death rocked the area; Neesmith eventually faced seven charges, including counts of murder and aggravated assault. His trial, its outcome and Patterson's family reaction are revealed in the film.

Though Patterson's death escaped national attention, Laub's work has helped to highlight his death, the events that led to it and the ongoing concerns that similar incidents like it have happened all too frequently. And while the film captures the happenings in a small town in America, it also reflects the wider issues of race relations through the country.

“This is a story that needs to be told,” Laub said in a press release. “This film is about giving a voice to the people of Montgomery and Toombs counties. This is their narrative."

At a screening on Monday, Laub and John Legend, an executive producer of the film, discussed the importance of these types of documentaries and the influence they can make.

"When we talk about black lives matter, this film is an embodiment of that," Legend said.

"Southern Rites" airs on HBO on Monday, May 18 at 9 p.m. EST. You can watch the trailer below.