In 2014, HuffPost featured a series from award-winning photographer /www.souvid.org/"}}" data-beacon-parsed="true">Souvid Datta titled “In the Shadows of Kolkata.” The photos depict women living and working in Sonagachi, a red-light district in Kolkata, India, focusing on the relationships between mothers and daughters amidst a backdrop of sex work riddled with assault and abuse.

Upon seeing the HuffPost piece, a shrewd Bangalore-based reader named Shreya Bhat noticed something strange ― that a woman featured in the background of one of Datta’s photos suspiciously resembled a subject of the late photographer Mary Ellen Mark, who famously documented Mumbai’s red light district in the 1970s.

In fact, Datta’s subject and Mark’s weren’t just similar, they were identical.

“I was working in Calcutta, in the red light district of Sonagachi, as a social worker in the year 2014,” Bhat wrote in an email to HuffPost. “When I came across the picture in question, I started to look more closely, not because I thought it was doctored, but because the woman in the background looked familiar. Like I had seen her somewhere else, in another photograph.”

On a whim, Bhat decided to check Mark’s portfolio, as she considered the photographer’s work to be the most extensive when it comes to covering sex work in India. “I had looked through every bit of her work in the past and started doing that again, image by image,” she recalled. “Until I came to the photograph Souvid had nicked the woman from.”

Mark’s 1978 photograph, titled “Transvestites getting dressed in a courtyard. Falkland Road, Bombay, India” and shown above, depicts four women helping one another with their saris. The woman on the left is featured with the exact same clothing, pose and expression as the figure in Datta’s photo.

In an essay featured on The Scribbler, Datta explained the story behind his image ― or at least, what he claimed the story was before taking his comments offline. Thankfully, PetaPixel took a screenshot before the comments were removed.

“Radhika, 17, in the room of a veteran sex worker, Asma, in Sonagachi (featured dressing in background). The two have grown close over Radhika’s period here; she respects and learns from Asma’s experience and matter of fact, survival attitude, while Asma feels a fondness for Radhika’s unfettered ‘kindness, curiosity’ and innocence. Strong bonds can often form within brothels as girls learn to support each other and find self-empowerment through group assertion and collective experience.”

How could Asma in 2013 be the same woman that Mark photographed in 1978? Obviously, she couldn’t.

“I was amused, amazed and repelled at the same time,” Bhat said. “I did a re-check. I was right. I did share the whole finding on email with two of my colleagues at that point. They too were amazed and shocked. I did consider writing to Souvid, but it would have been a pointless exercise. I also checked if I could write to [HuffPost], but the piece was dated January 2014 and it was April when I came across it. I thought it would be too late for you to want to act on it. I was probably wrong!”

Eventually, Bhat decided to reach out to photo blog PetaPixel with her findings. They published a piece enumerating her claims just this month, along with side-by-side images of Mark’s and Datta’s images, on their website. The similarities are staggering.

Upon learning of Bhat’s detective work, HuffPost reached out to Datta for comment with no reply. Since the allegations were published on Wednesday, he took down his website, Facebook and Twitter accounts. One day later, in an interview with Time, the photographer appeared to have admitted to plagiarism.

“I foolishly doctored images,” Datta said, “inexcusably lied about others’ work being my own and then buried these wrongdoings in the years that followed.”

Regarding the specific use of the Mark image, Datta explained that when his photo was taken in 2013, he was 22 years old and a university student, exploring photography as a hobby but without solid knowledge of “photographic ethics.” While volunteering with non-governmental organizations in the red-light district of Kolkata, Datta felt compelled to document his time there, and used his camera to do so.

During his travels, Datta met a 17-year-old woman working in a brothel named Radhika. She is the woman who appears in the foreground of the photo in question. In conversations, Radhika told Datta about her mentor, an older woman named Asma. Although Datta met Asma briefly, she asked not to be photographed; so Datta ended up shooting Radhika alone.

A few weeks after the trip, Datta came across the work of Mary Ellen Mark. In one of her photographs, he noticed a woman that resembled Asma. Datta then used Photoshop to transplant Mark’s subject into his image of Radhika, without acknowledging the image’s origins or crediting Mark, who died in 2015, for her work.

“I wrote the caption as if Asma herself was in this image, not a woman from someone else’s work,” Datta said. “In effect, I lied.”

Datta’s decision to steal imagery from a photographer as legendary as Mary Ellen Mark was a brazen one. Having worked consistently since the 1960s, Mark was granted a retrospective in 1992 at the International Center of Photography in Manhattan and awarded a Lifetime Achievement in Photography Award from George Eastman House in 2014.

Datta, however, has racked up a few awards himself, including a Getty Images Editorial Grant, the Visura Photojournalism Grant and an Alexia Foundation Award of Excellence Grant, although these achievements too are not without their controversy.

In light of PetaPixel’s piece, The Alexia Foundation published a note on Facebook, saying that in 2013, Datta was given between $500 and $1500 in cash to attend an education workshop, with the stipulation that he turn in a final project after one year’s time. According to the Foundation, Datta has yet to turn in said project; they are currently investigating to determine the proper way to proceed.

Datta also used his Time interview as an opportunity to admit to doctoring and poaching other images throughout his career. He acknowledged “stitching and cloning” elements from photos of India taken between 2013 and 2014 and going overboard with post-production techniques on photos taken in China. He also conceded to “appropriating” images by photographer Daniele Volpe and claiming them as his own. (Datta had already deleted the images from his portfolio but never came forward with having stolen the images in the first place.)

“A colleague sent me the links of his post, it was around November 2016,” Volpe wrote to HuffPost. “At first I didn’t understand. I knew some of Datta’s work and considered him a professional. I saved the screenshots with the intention to write him a private message but I never did. [...] I felt sad to know that it was a Datta’s ‘modus operandi’ and that is what moved me to make this public. I don’t feel sad about my pictures or Mark’s work. I felt sad for the people in his pictures. He touched very important issues, very sensitive ones. Those people deserve more respect.”

In his Time interview, Datta appears to genuinely regret his wrongdoings, arguing that his youth and the pressure of freelancing led to unscrupulous conduct. Volpe added that he took issue with Datta’s defense, which he thought used excuses to justify his dishonesty. “It’s absurd he used his age as a defense,” Volpe said. “And the rules of ethics, honestly, are the first things to keep in mind in this job (and in daily life in general).”

This is far from the first time a photojournalist’s reputation has been tarnished as a result of plagiarizing or doctoring photos. Most famously, Steve McCurry, the photographer behind “Afghan Girl,” was accused of Photoshopping images last year.

In his Facebook post, Volpe expressed that he didn’t entirely blame Datta for poaching his work, but rather the cutthroat photography industry as a whole, which compels young photographers to take shortcuts to get ahead. If Datta’s controversy can teach us anything, it’s that the shortcut certainly isn’t worth the mess left behind.

“I am glad he did admit to doctoring those images,” Bhat concluded. “I am also hoping his response sets a rule; you don’t build false sob stories around the dreary and helpless lives of women in sex work, unless of course those stories are legit and come from the women themselves. You also do not cash upon these lives and earn awards because none of that is helping improve their daily living conditions, unfortunately.”

Note: Interviews have been edited and condensed for clarity. 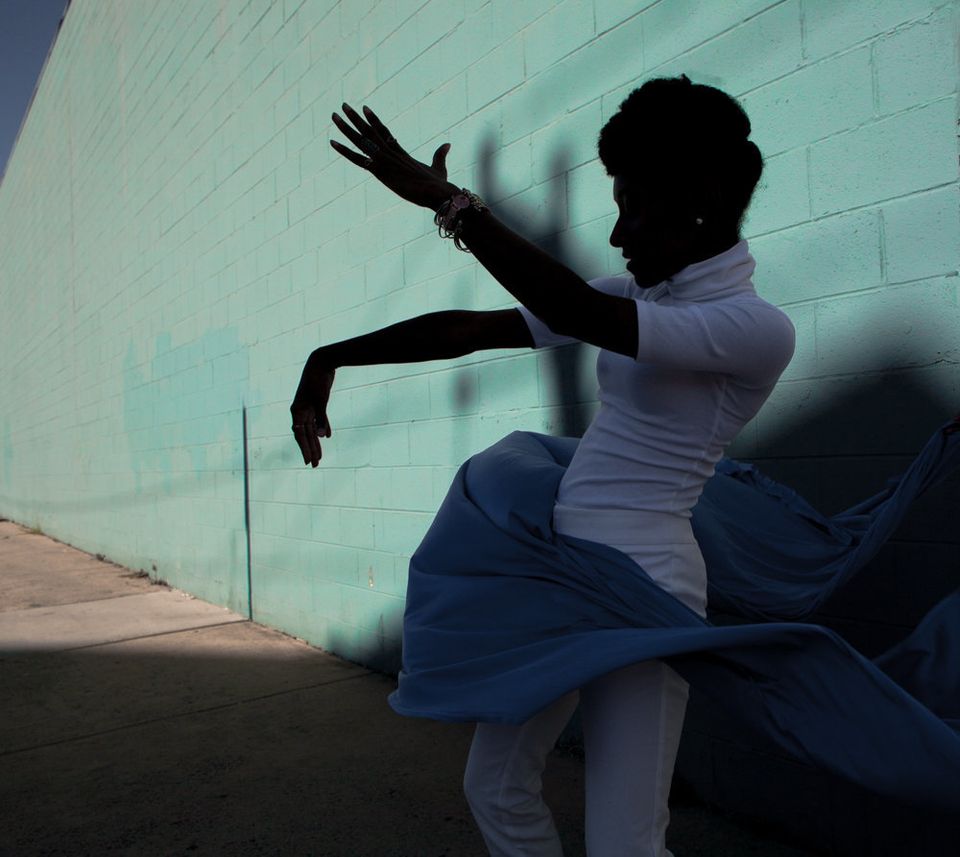