A majority of Russians think it's a real shame the USSR isn't around anymore, according to a survey released by Pew Global Research on Thursday. Out of a sample of 1000 people polled last month, 55 percent agreed with the statement that “it is a great misfortune that the Soviet Union no longer exists.”

This may strike some as odd given the not-so-stellar track record of the Soviet Union when it comes to many aspects of history (it did fall after all), but the results are actually fairly consistent with previous polls. As Pew notes in their survey, "in 2009, 58 percent described the collapse of the USSR as a great misfortune, and 50 percent expressed this opinion in 2011."

The nostalgia for Soviet times is most pronounced amongst older generations of Russians, the poll shows. Pew explains that "about seven-in-ten Russians age 50 and older (71 percent) characterize the end of the Soviet Union as a great misfortune."

Wistful attitudes towards the era of the USSR may also explain why a majority of Russians surveyed believe there are parts of other countries that "really belong to Russia," as Pew finds.

The survey doesn't delve into the possible reasons for this Soviet Union nostalgia, whether respondents remember it fondly as the halcyon days of their history, or if things have just taken a turn for the worse since it's collapse. A recent report by NPR offers numerous possible explanations, from ire at how global politics played out after the collapse of the Soviet Union to "how it inspired respect and fear in the rest of the world, and they were a superpower."

While Pew's poll also surveys both Russians and Ukrainians for questions on the current crisis in eastern Europe, only Russians were posed the question regarding the "misfortune" of the absence of the Soviet empire. Presumably responses in many neighboring countries would yield quite different results. 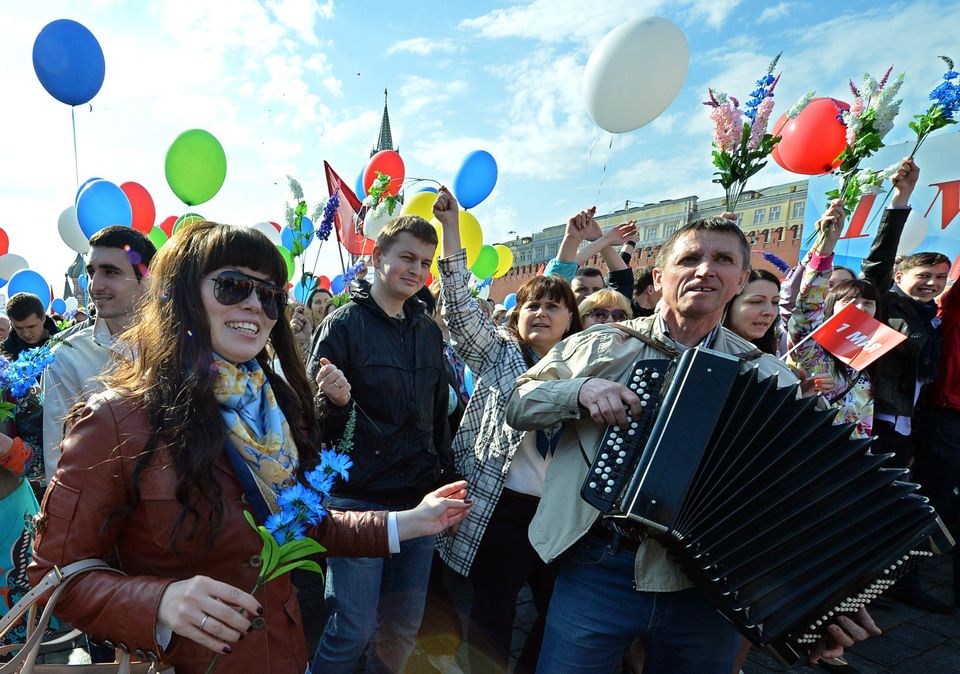