A new study released this month, coinciding with two landmark victories by communities over fossil fuel companies has shown that the social license for companies to dig or drill at will is rapidly eroding, sending warning signals to investors worldwide.

Earlier this month, the University of Queensland's, Harvard Kennedy School CSR initiative released a study suggesting that conflict with local communities is costing mining and drilling companies billions of dollars. The study showed that a coal mining project with capital expenditure between USD 3-5 billion would suffer costs of roughly USD 20 million for each week of delayed production, largely due to lost sales and staff costs to manage the conflict. This estimate does not take into account the theory of 'stranded assets' which suggests that fossil fuel companies are on a limited timeline, dictated by international obligations to limit carbon emissions, which could result in far greater expense for delays. 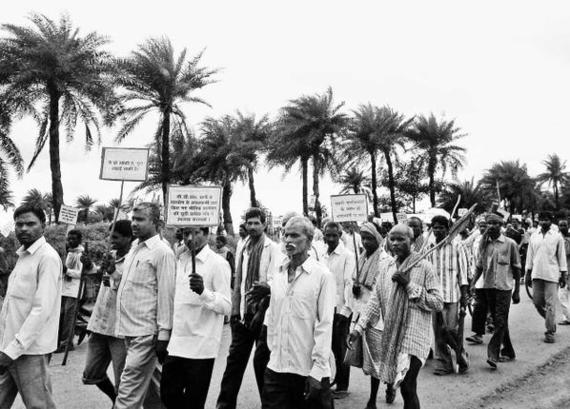 Why these expensive delays? The increase in community resistance to fossil fuel projects and the expense it incurs is a problem of the industry's own making. Despite what fossil fuel companies say on their websites or in their media statements, their actions have shown communities that no land is sacred, no farm is off limits, no forest needs to be spared, and the atmosphere is their dumping ground. No individual or group wants to spend thousands of their own dollars protecting their land from a proposed coal mine, let alone going so far as putting their own safety at risk by taking non violent direct action to stop or delay such a project. But because the fossil fuel industry believes it can mine or drill wherever there is resource to do so, and without genuine concern for its staggering contribution to global warming, ordinary people have been driven to take extraordinary steps to demonstrate that there are limits that the fossil fuel industry needs to observe.

While coal and gas companies try to paint the resistance to their projects as a small fringe movement of radicals, the reality is that society's discontent with the fossil fuel extraction reaches far wider than that. In India, it is entire villages that are at the frontline of the fight against fossil fuel projects.

Just three weeks ago, in the Eastern state of Jharkhand in India, a subsidiary of Australian owned construction company Thiess had its $5.5 billion contract cancelled by NTPC, India's biggest power producer over failure to deliver on the controversial Pakri Barwadih coal mine. The mine was set to clear 18 villages and displace several thousand people, families who had lived there for generations. The community put up a fierce fight, enduring intimidation, violence and arrest by police and armed vigilante thugs to cause project delays at every turn.

As the delays wore on and community resistance grew, NTPC was forced to rely on increasingly underhanded tactics to fake community consensus, including a rumoured 'wag the dog' style video of a fabricated community meeting. One protester was killed and two others wounded by police in another protest incident.

By 2012, the project was well behind schedule and had missed its original completion date of 25th November 2011 and relationships between NTPC and Thiess had soured over the extended project delays. On 12th May this year, NTPC issued a statement announcing that it had terminated its contract with Thiess - a decision largely credited to the effective ongoing community resistance campaign. 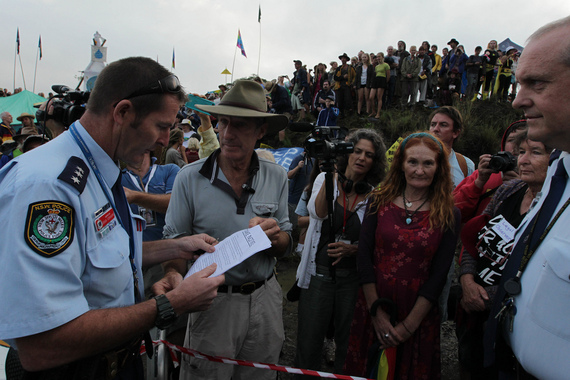 Meanwhile just one day later, in Australia, community members at a proposed coal seam gas project site in New South Wales, received the welcome news that licenses allowing Metgasco to drill on a farm in Bentley in the Northern Rivers region had been suspended.

The reason cited for the suspension was that Metgasco had failed to undertake genuine and effective consultation with the community as required. The project was permitted to proceed despite the fact that 87 percent of the community had voted against it, reflecting grave concerns regarding the project's potential impacts on the water table in a drought affected farming area. Doubts also surfaced regarding the relationship between Metgasco and the local Member of Parliament whose son was employed by the company in a community relations role.

In March, as Metgasco was set to begin exploratory drilling in the area, over 2000 local community members converged on the proposed project site, establishing Australia's biggest ongoing anti-fossil fuel blockade. The protest site, which more closely resembled a community fair, played host to between 500 and 7000 men, women and children on any given day.

Despite the peaceful and cheery atmosphere, the blockade was the target of heavy handed crackdowns with reports of a planned $8 million operation involving a squad of 800 taxpayer-funded riot police assigned to break up the blockade. As the community braced to deal with "Operation Stapler", information regarding links between Metgasco and disgraced Labor party power broker Eddie Obeid emerged, calling into question the legitimacy of the project approval process. Metgasco's contract was suspended and the matter is being referred to the Independent Commission Against Corruption.

These two examples show that communities across the world are becoming better organised and more willing to take risks to stop the expansion of big coal and gas. Fossil fuel companies can expect further project delays for all future expansion projects. As the clock ticks ever closer to 2020, the year a major agreement on climate change is earmarked to kick in, financiers of new fossil fuel project companies must be watching these proceedings closely and quietly nursing doubts about their investment choices.

Yet it is the industry itself which is sowing the seeds of its destruction. If these companies weren't so arrogantly corrupt, if they weren't drilling in people's farms and sacred land, if they weren't tearing up forests, and spewing greenhouse gasses into the atmosphere, then they wouldn't be facing increasing community resistance. People don't fight for no reason but if you push beyond the limits, the gloves will come off.