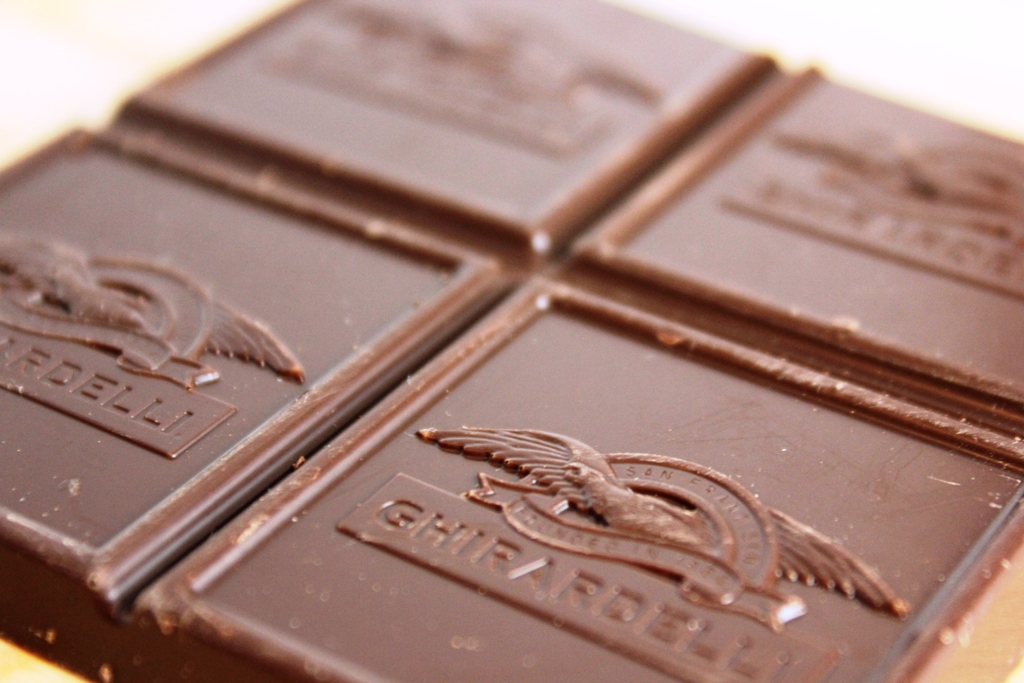 Have you ever noticed soy lecithin on the ingredient statement of your pre-packaged food? It sometimes seems like it's in everything! It makes you wonder--how could one little additive be so pervasive? Well, because it's really useful.

What does it do?

Advertisement
First and foremost, it's used as an
emulsifier
, which means it makes oil and water mix together, which they ordinarily would never do. That's why you often see it in creamy salad dressings, mayonnaise, reduced-fat buttery spreads and other foods that have a hefty portion of oil.
It even helps to emulsify foods you've probably never thought of as
Advertisement
emulsions
(oil & water mixtures)--like chocolate. In chocolate, lecithin keeps the cocoa butter (fat) portion happy and stable, so it doesn't separate from the moisture, cocoa solids and dairy (in the case of milk chocolate) that make up the rest of the candy. Without lecithin, chocolate wouldn't be as velvety and smooth as we like it. And it would be more prone to
fat bloom
, the leading cause of gross-looking grayish streaky chocolate (still safe to eat though). A lot more foods than you realize benefit from lecithin's emulsifying powers (like Nature Valley peanut butter granola bars and flavored tea bags!).
Advertisement
But lecithin does more than just emulsify! In addition to that, it helps stabilize emulsions, which extends shelf life. It also reduces stickiness and is often used as a "releasing agent," which is integral to the effectiveness of non-stick cooking spray.
When added to bread dough, its anti-stickiness power makes doughs easier to work with, and they rise better because there's less sticky resistance for the gas bubbles to strain against. It's sometimes used as an anti-foaming agent during processing, but amazingly will cause a foam to form if whipped into a water-only (little or no fat) mixture! This is actually a common technique used by chefs who practice molecular gastronomy, and it's how I made this beautiful Caprese salad with basil foam: 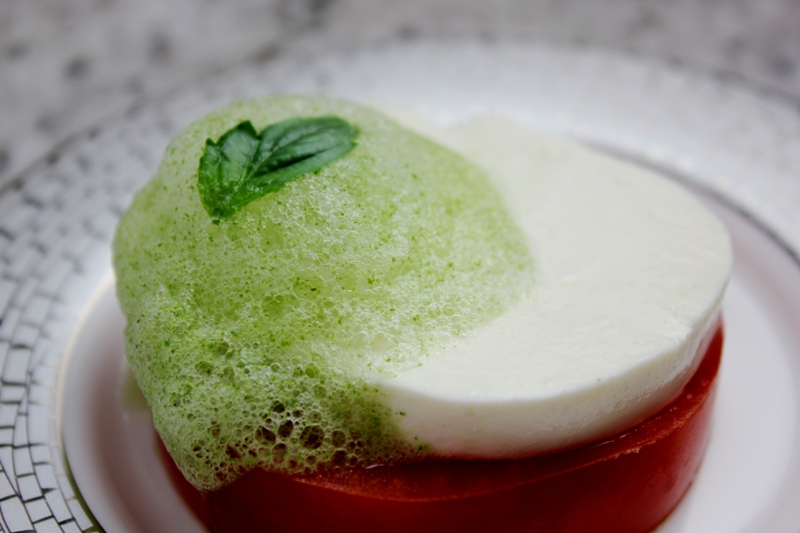 Basil Foam: 1 cup water, 1 cup fresh basil, 2 g soy lecithin powder. Whip with immersion blender until foamy. Garnish with basil leaf.
Lecithin is also a
surfactant
, or wetting agent. Surfactants reduce the surface tension of liquids, which allows them to spread out faster and be absorbed quicker. Lecithin is often added to cake and other baking mixes so that water stirs in more easily, with fewer stubborn lumps in the batter. Due to its rich choline content, lecithin is also sold as a dietary supplement. Choline has been shown to reduce bad cholesterol, a major risk factor for heart disease.

Lecithin's versatility is remarkable, but how can one little molecule do so much? To answer that, we need to take a closer look at it. Let's start by looking at a related molecule:
triglycerides
, the most common form of fat in foods and in our bodies. Triglycerides consist of a
Advertisement
glycerol backbone
with three
fatty acids
attached. These fatty acids are
oil soluble
, meaning they'll dissolve in oil, but not water. The structure of lecithin is very similar, but instead of the third fatty acid, it has a phosphate group, which is
water soluble
, meaning it will dissolve in water, but not oil. Molecules like lecithin are referred to as
phospholipids
(
Advertisement
phospho
= phosphate,
lipid
= fat), and they are able to dissolve happily into mixtures that contain both water and oil. 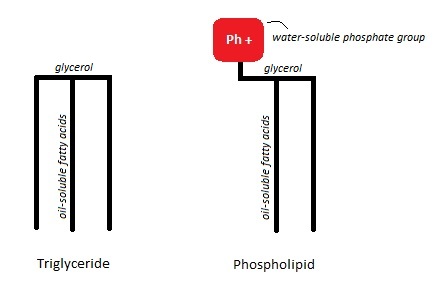 Structure of a triglyceride next to a phospholipid
In fact, their favorite place to be in oil-water mixtures is right at the border between the oil and the water, so they can poke their fatty acid tails into oil, while keeping their phosphate groups in water. Phospholipids like lecithin emulsify oil in water by forming little protective envelopes around tiny droplets of oil, as shown in the diagram below. The water-loving phosphate groups act as a sort of camouflage, allowing oil droplets that would normally never remain in water to stay for a long time. That's what keeps mayonnaise and salad dressings from separating into separate oil and water phases. The same principle applies to water-in-oil emulsions, where oil is the
continuous
(main) phase, and the water is dispersed in droplets throughout. 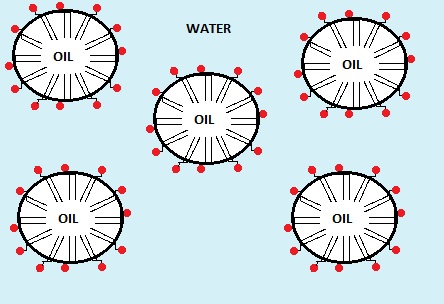 Oil-in-Water emulsion with a phospholipid interface

Lecithin isn't always made from soybeans; it's also present in egg yolks, liver, peanuts, wheat germ (1), and canola (rapeseed) oil. Soy lecithin is the most common type of lecithin because it's a byproduct which is easily and inexpensively derived from soybean oil manufacturing. (Soybean oil accounts for the lion's share of vegetable oils in North America.) Some people have concerns about soy lecithin in products because soy is considered a "major food allergen" by the FDA. (2) However, the Food Allergy Research and Resource Program (FARRP) at the University of Nebraska-Lincoln (UNL) has this to say:

Soy lecithin does contain trace levels or [sic] soy proteins and these have been found to include soy allergens. However, apparently, soy lecithin does not contain sufficient soy protein residues to provoke allergic reactions in the majority of soy-allergic consumers. Many allergists do not even advise their soybean-allergic patients to avoid soybean lecithin when it is included as an ingredient on food products. From this practical standpoint, we can surmise that most soybean-allergic individuals do not react adversely to the ingestion of soybean lecithin. (3)

Others dislike soy lecithin because it's "artificial." While lecithin is naturally occurring in soybeans, it's usually extracted using harsh chemical solvents. The last major concern regarding soy lecithin is that, like most soybean products, it is usually derived from genetically modified (GM) soybean plants. Since most soybean and corn crops grown in North America are GM, it can be difficult to avoid them completely. If GM soy lecithin bothers you, look for a label that says "organic soy lecithin" or "organic lecithin," since organic ingredients can only be made from non-GM plant sources.