Is it time to push the "up" button on the space elevator?

A space elevator consisting of an Earth-anchored tether that extends 62,000 miles (100,000 kilometers) into space could eventually provide routine, safe, inexpensive and quiet access to orbit, some researchers say.

A new assessment of the concept has been pulled together titled "Space Elevators: An Assessment of the Technological Feasibility and the Way Forward." The study was conducted by a diverse collection of experts from around the world under the auspices of the International Academy of Astronautics (IAA). [Quiz: Sci-Fi vs. Real Technology]

The study's final judgment is twofold: A space elevator appears possible, with the understanding that risks must be mitigated through technological progress…and a space elevator infrastructure could indeed be built via a major international effort.

The tether serving as a space elevator would be used to economically place payloads and eventually people into space using electric vehicles called climbers that drive up and down the tether at train-like speeds. The rotation of the Earth would keep the tether taut and capable of supporting the climbers.

The notion of a beanstalk-like space elevator is rooted in history.

Many point to the ahead-of-its-time "thought experiment" published in 1895 by Russian space pioneer Konstantin Tsiolkovsky. He suggested creation of a free-standing tower reaching from the surface of Earth to the height of geostationary orbit (GEO; 22,236 miles, or 35,786 km). 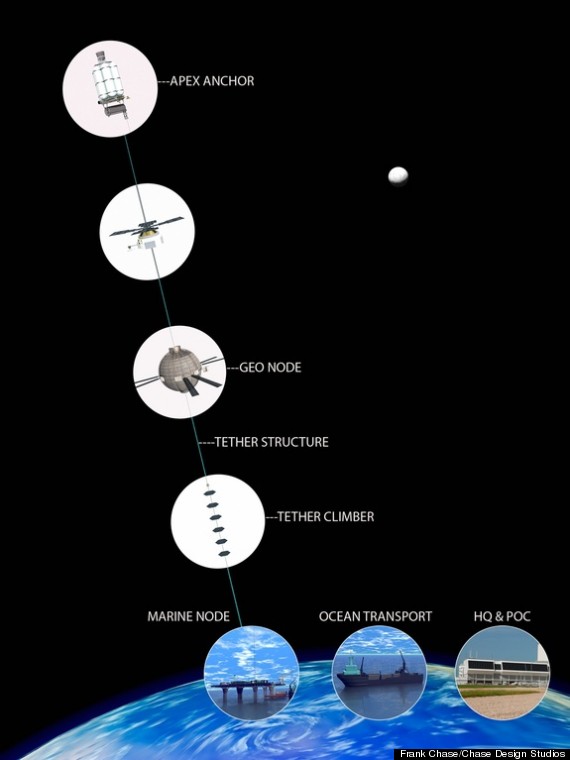 Reach for the sky. Image depicts key elements of a space elevator, from top to bottom.

Over the last century or so, writers, scientists, engineers and others have helped finesse the practicality of the space elevator. And the new study marks a major development in the evolution of the idea, says IAA president Gopalan Madhavan Nair. [10 Sci-Fi Predictions That Came True]

"No doubt all the space agencies of the world will welcome such a definitive study that investigates new ways of transportation with major changes associated with inexpensive routine access to GEO and beyond," Nair writes in the new study's preface.

"There is no doubt that the Academy, due to this study, will contribute to advancing international consensus and awareness on the need to search and develop new ways of transportation in conducting space exploration while preserving our universe in the same way we are now trying to preserve our planet Earth," Nair adds.

While it's always tricky to predict the future study lead editor Peter Swan told Space.com that space elevators are more than just a science-fiction fantasy. "The results of our study are encouraging," he said.

Swan's view is fortified by the late science fact/fiction soothsayer, Arthur C. Clarke, who stated in 2003: "The space elevator will be built ten years after they stop laughing…and they have stopped laughing!"

Swan is chief engineer at SouthWest Analytic Network, Inc. in Paradise Valley, Ariz., and is focused on developing and teaching innovative approaches to "new space" development. He's also head elevator operator of the International Space Elevator Consortium (ISEC), which has organizational members in the United States, Europe and Japan and individual members from around the world.

ISEC's goal is nothing short of getting a lengthy space elevator built.

"The question is when, of course," Swan said. "But the point is that the technologies are progressing in a positive manner, such that we who work in it believe that there will be space elevators."

Swan said the giggle factor regarding space elevators is "down significantly" given work carried out over the last decade by a global network of individuals and groups. "Still, there are many, many issues and I certainly would not want to say that it's not a challenging project."

The IAA appraisal delves into a number of issues, such as: Why build a space elevator? Can it be done? How would all the elements fit together to create a system of systems? And what are the technical feasibilities of each major space elevator element? 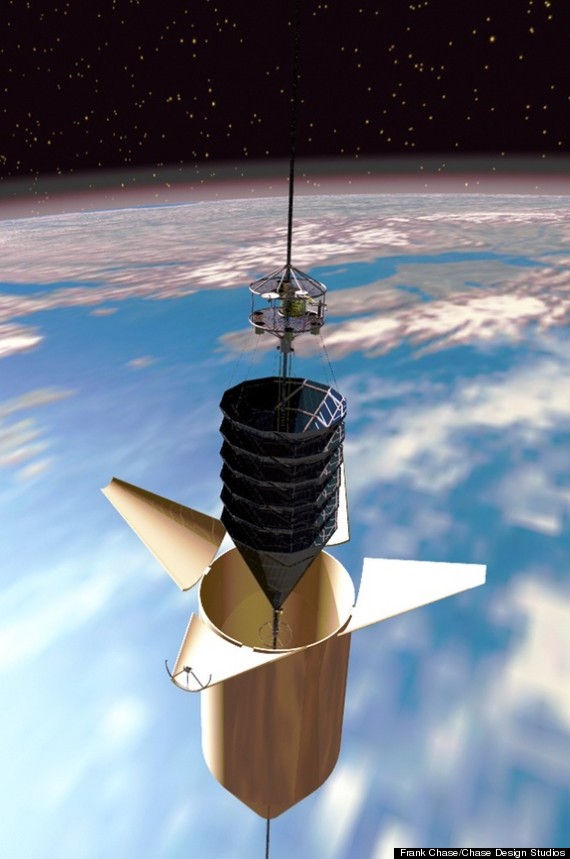 Two technologies are pacing the development of the space elevator, Swan said.

Producing an ultra-strong space tether and other space elevator components, Swan said, has been advanced by the invention of carbon nanotubes (CNTs) that are 1,000 times better in strength-to-weight ratio than steel. The good news, he said, is that CNTs are being developed with billions of dollars by nanotechnology, electronics, optics, and materials specialists.

Similarly, lightweight solar cells "are coming along nicely," Swan said. "That's an industry that the space elevator people are watching, too. We're not going to drive it, but we can certainly watch it and appreciate the advances."

Regarding who would erect a space elevator, Swan said the study dives into details. A primarily commercial effort with some government support is possible, as is a public-private enterprise, or an entirely governmental project.

"All three are viable. Any one of them could work. It's a matter of money, motivation and the desire to do it," Swan said, though the study centers on commercial development of the space elevator. "It's conceivable all three could be going on at the same time."

The study team was encouraged by the future, though Swan and others acknowledge there are many questions left to be studied. Indeed, another evaluation of the space elevator idea 10 years hence would be worthwhile, Swan said. 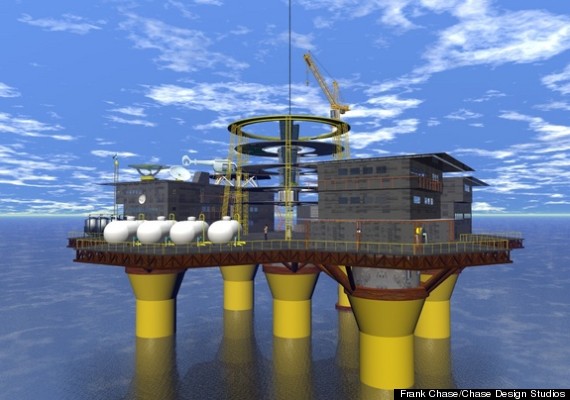 Space elevator makes use of an ocean platform to connect Earth with space.

Are there any technical, political or policy "showstoppers" that could prevent the space elevator from becoming a reality?

"You're asking the wrong guy," Swan responded. "I am an optimist. I have always had the attitude that good people, motivated by good rationale working hard will make it work. My guess is that space elevators are going to work, whether it's by 2035, 2060 or even 2100."

Swan said the rationale is moving beyond the "rocket equation," which involves tossing away 94 percent of a rocket's mass sitting on the launch pad.

"And it still costs a lot of stinking money to get up there," he said.

The space elevator opens everything up, Swan said. It's a soft ride, a week to GEO. There are no restrictions on the size or shape of payloads.

"People will laugh and ask why did we ever do space rockets…it's a dumb idea," Swan said. "Space elevators are the answer if we can make them work. Why would you do anything else?"

A copy of "Space Elevators: An Assessment of the Technological Feasibility and the Way Forward" is available through Virginia Edition Publishing Company at: www.virginiaedition.com/sciencedeck

Leonard David has been reporting on the space industry for more than five decades. He is former director of research for the National Commission on Space and is co-author of Buzz Aldrin's new book "Mission to Mars – My Vision for Space Exploration" published by National Geographic. Follow us @Spacedotcom, Facebook or Google+. Originally published on Space.com.

Advertisement
Copyright 2014 SPACE.com, a TechMediaNetwork company. All rights reserved. This material may not be published, broadcast, rewritten or redistributed. ]]>