Some astronomers call it "God’s Hand." Others say it looks like the gaping mouth of a gigantic celestial creature.

Featured in a new image taken by the European Southern Observatory's Very Large Telescope, a small cloud of gas and dust dubbed CG4 is nothing short of stunning. Just check it out below.

The image of the so-called "cometary globule" -- which lies some 1,300 light years from Earth -- shows a close-up of the space cloud's head, and was released by ESO on Jan. 28. Although the globule shines bright in the image, it's a faint object in reality and, therefore, difficult to detect. 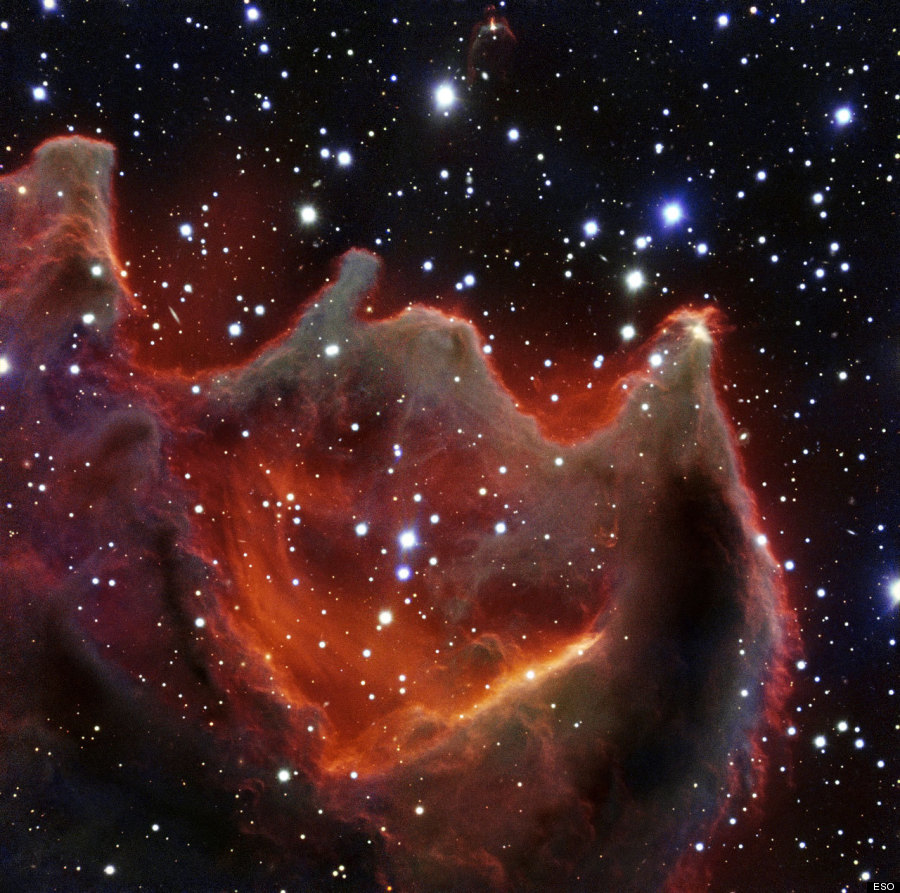 A Very Large Telescope image of the cometary globule CG4, which has a comet-like shape with a head and tail.

The head of CG4 is around 1.5 light-years in diameter, while its tail is about eight light-years long -- that's so big that it basically dwarfs our entire solar system, according to Discovery News. Astronomers hope to study more cometary globules -- like CG4 -- to solve the mystery of why they have their distinct comet-like shapes.