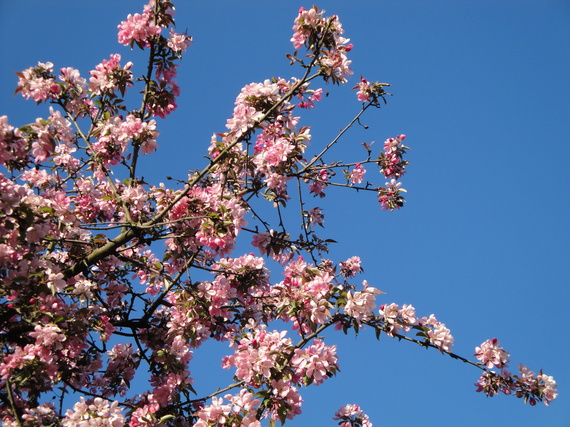 Recently I had two afternoon meetings: a thirty minute meeting starting at 3pm and another at 5pm. Both were located within 15 minutes of each other. Even allowing a 15 minute margin for the first meeting to end (i.e. a hard stop at 3.45pm), that would still mean that I would get to my next meeting at 4pm; a whole hour early.

Had I been aiming for "efficiency", I would have engineered these meetings to take place with a much smaller gap between them. So why did I choose not to do that? I decided I wanted space: space to allow myself the opportunity to relax and disengage from my first meeting and to prepare and have time to reengage with the next. The first meeting ended promptly at 3.30pm. I now had an hour and a half before the next one. (This would have maddened some individuals I know, and no doubt my own good self a few years ago.) After the person I met had left, I sat a little longer, considered what had been discussed and made some preparatory notes for my next meeting. Thirty minutes later, I was done and still had an hour to my next meeting. Normally I would have jumped on the bus for a few stops, but as I had the time, I chose to walk. There was an area that I often seen from the bus window that I had always been curious about but never had time to stop and see. I decided I would allow myself half an hour to get lost in there and see if I could find a way on foot to my next meeting.

What a fabulous surprise I had! Turning off the busy main road that leads to the airport (my next meeting was based at offices right by) I entered a magical little "village". I walked among small houses, with cottage gardens full of flowers and fruit trees blossoming. All of this in the middle of what I always knew to be a commercial "no-man's land". It felt as if I had entered another world far away from city life. Beehives, allotment patches, little country lanes with wisteria covered cottages at the end of them. For half an hour I continued to walk and explore, always heading in the relative direction of the airport. During this time, with a big smile on my face, I was able to appreciate the beauty of my surroundings and to be constantly surprised by the magic I saw around me. This allowed me to completely let go of the previous meeting and be reenergised for my next one. Upon leaving the fairytale wonderland, I found a path that led me over a motorway to the airport. What a contrast between the tranquility of where I had been, and the return to the busy movement of "modern" life!

However, I was able to embrace it all thanks to my "pause". It had given me the gift of space in which the peace and beauty that had magically appeared allowed me to get to my next meeting with a big smile on my face and still 15 minutes early; full of joy and fully focussed to work with my client to the very best of my ability.

One may pose the question (I certainly did): "Well that's all well and good, but you could have packed another meeting/phone call into that space and surely that would have been a more efficient, productive and better use of your time?". Absolutely. I could have done. Would the quality of my interactions have been as good? Would my energy and attention levels have been as high? Would the short term gain have been worth it? I don't have a definitive answer for you. But what I can tell you is that after the gift of space I gave myself, I felt well and happy, and that feeling spread outwards. I didn't reach my second meeting out of breath or rushed. I was 100% there, I was early. I was centred, I was ready, and I was ready for anything. The meeting was very productive for both my client and for me. As a final note, the magic of space also gave me the idea to write this very post which you have given yourself the gift of space to read. I hope you find it beneficial and would love to see your comments on the below questions and any other feedback.

Where do you feel the need for space in your day to day activities?

How do you think space would benefit you?

How could you create space?

If you wish to contact me directly you can reach me at nesrin@nesrineverett.com or via my website