A privately built rocket prototype that could lead to a completely reusable spaceflight system has passed its biggest test yet -- a 12-story hop and smooth landing.

The experimental reusable rocket, called the Grasshopper, made its highest and longest flight yet on Dec. 17, marking the prototype's third successful test by the private spaceflight company SpaceX.

In the latest test at SpaceX's proving grounds in MacGregor, Texas, the Grasshopper rocket flew for 29 seconds and reached a height of more than 130 feet (40 meters). A video of the Grasshopper test flight shows the rocket soaring up into the Texas sky, then smoothly descending to land on four spindly legs.

In mid-November, the Grasshopper rocket flew nearly two stories (17.7 feet or 5.4 meters) up during its second test flight. The rocket's debut flight in September flew 6 feet (1.8 meters) into the air before landing. So far, all of the prototype's tests have been successful.

With Grasshopper, SpaceX is trying to solve a long-standing challenge with spaceflight: cost. Because today's rockets aren't completely reusable, they act as expensive, one-use machines. Companies are now trying to develop rockets that can both launch from and land on Earth intact, in order to be flown again on future missions.

Grasshopper stands at 10 stories tall (108 feet, 32.9 meters) and houses the first stage of the Falcon 9 rocket, the same rocket that launched the Dragon capsule to the International Space Station earlier this year. A Merlin 1D engine and a steel support structure round out the Grasshopper's unique design.

The rocket takes off like a typical vertically launched rocket, but its landing method makes it unique. Grasshopper has four steel, springy legs to support its weight, allowing it to gently land in the same way it takes off.

A rocket has never successfully landed intact after being launch to space. While NASA's space shuttles were reusable after launch, the huge 15-story external tanks that helped them reach orbit were not recycled.

While most rockets today land in the ocean after reaching space, a land-based landing is preferred for this hardware. Brackish seawater can cause unnecessary damage to otherwise reusable pieces of a rocket. Each piece of the rocket will land separately so that they can be collected for later use. The two rocket stages' landings will be aided by their engines and the capsule's descent should be cushioned by a parachute.

The Hawthorne, Calif.-based SpaceX is one of several companies developing new vehicles for private space travel. The company is one of two firms with NASA contracts to provide unmanned cargo deliveries to the International Space Station. SpaceX's $1.6 billion deal with NASA calls for 12 cargo missions to the space station using the company's unmanned Dragon capsule and Falcon 9 rockets.

SpaceX is also developing a manned version of its Dragon capsule  and is one of several firms competing for NASA contracts to ferry astronauts to and from low-Earth orbit. 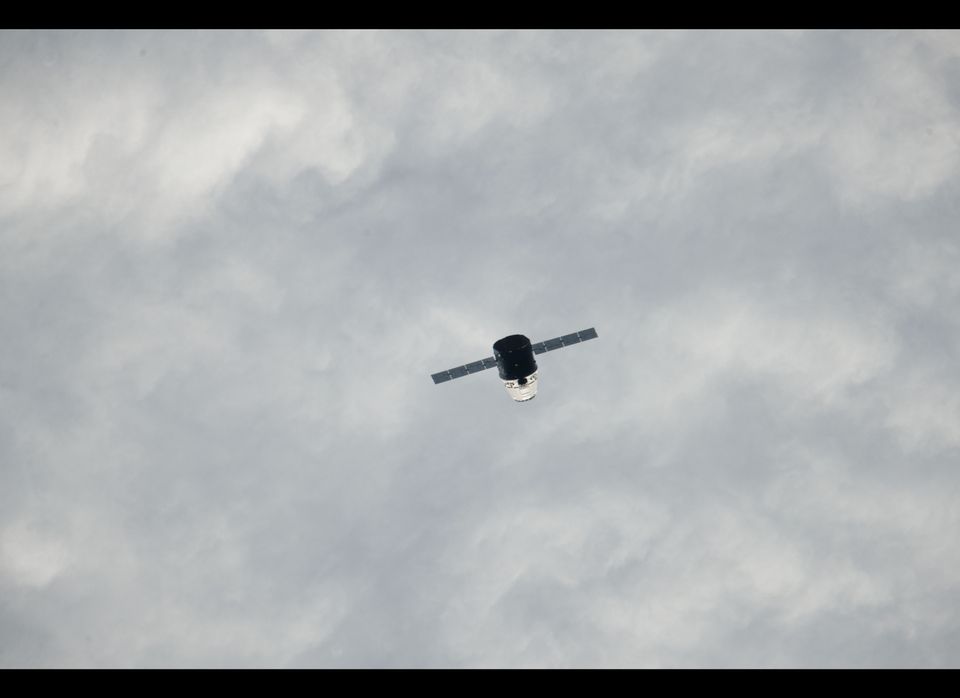