Spanish archaeologists have found a depiction of Jesus that dates back to the 4th century, making it one of the earliest images of the Christian deity ever unearthed.

The discovery raises questions about when and how Christianity arrived in Spain -- but some history buffs are much more interested in the fact that this Jesus is beardless.

Unlike modern depictions of Jesus with a long beard and flowing locks, this early Christ is clean-shaven with closely-cropped hair. 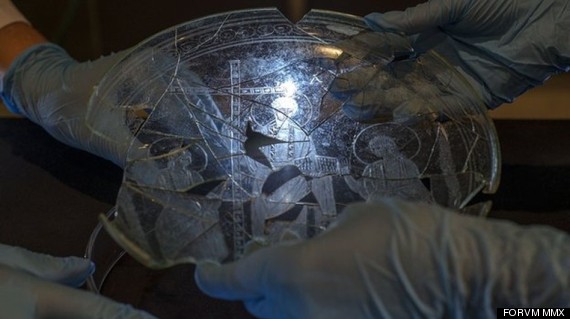 The image appears on a green glass paten, which is a plate that holds bread for the Holy Eucharist, according to The Local. The three figures on the plate are believed to be Christ and his apostles Peter and Paul.

The trio are surrounded by halos and are standing between two palm trees. The scene represents immortality, the afterlife and heaven, ABC.es reports.

A group of archaeologists at the Forum MMX excavation project found the artifact at the site of a religious building in the ancient town of Castulo, in southern Spain.

The plate is in surprisingly good condition, compared to similar pieces found around Europe. The team has managed to piece together 81% of the paten. 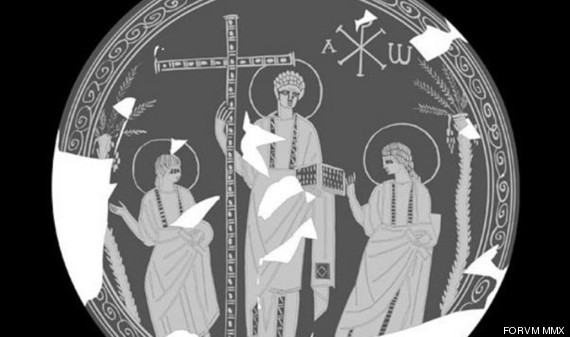 Historians have long believed that Christianity in Spain started with the arrival of Christianized Visigoths from central Europe and Byzantium in the fifth century, The Guardian reports.

“We were wary about presenting the paten as a 4th century piece in case it clashed with previous studies into the chronology of Christianity in Spain,” the project’s head archaeologist Marcelo Castro said.

But the archaeologists are now standing by their estimates.

“We know it dates back to the 4th century, in part because popes in the following centuries ordered all patens to be made out of silver,” Castro said.