As Spain seeks to rein in ballooning deficits, it has discovered some of its bloat surfacing from an unexpected place: under the sea.

According to El Pais, the S-81 Isaac Peral -- the first of four state-of-the-art new submarines commissioned for the Spanish Navy -- is 75 to 100 tons overweight. That may not seem like a lot, considering the submarine's full weight when submerged is 2,430 tons, but according to engineers at Navantia, the Spanish shipbuilding company responsible for its design, that excess bulk is enough to prevent the Isaac Peral from successfully resurfacing once submerged.

Unfortunately for the Spainards, Quartz reports that they have already sunk the equivalent of $680 million into the Isaac Peral, and a total of $3 billion into the entire quartet of S-80 class submarines.

The descent has been precipitous for the S-80 subs, which some had hailed as the most modern non-nuclear submarines in the world. Among the S-80's celebrated advancements is a diesel-electric propulsion engine that, ironically, promises to be 20% lighter than comparable systems while delivering 50% more power. The submarines' technical specifications, along with a computer-generated image of what one will look like, can be found here.

If Spain hopes to salvage its submarines, it must either find some weight that can be trimmed from the current design or lengthen the ship to accomodate the excess weight, The Local notes. Though the latter option is more feasible, it is expected to cost Spain an extra $9.7 million per meter.

The submarine setback couldn't have come at a worse time for Prime Minister Mariano Rajoy, who is embroiled in a corruption scandal and saw his approval rating hit a record low in 2013, Reuters reports. According to RT, Rajoy's austerity cuts trimmed the Spanish military budget by 30 percent in 2012, leaving much less room for added ballast. With Quartz reporting that the S-80 program will be delayed an estimated two years and another general election looming in 2015, Rajoy likely will not see the submarines through to fruition.

Spain's opposition United Left party pounced on the opportunity to criticize the current administration. According to EFE, United Left deputy Gaspar Llamazares quoted a famous monologue by Spanish comedian Miguel Gila in a formal question submitted to the Bureau of the Congress of Deputies, asking if the S-80 submarine was "well-colored but did not float." While the humor may be lost in translation, the jest was taken seriously by the Bureau, which scolded Llamazares for his mocking tone.

How did such an expensive project get funded while, as El Mundo notes, the Spanish military's entire special weapons program received a 98% cut? Sheer pride seems to have been a factor: according to Harvard Magazine, the Isaac Peral is named for the Spanish inventor said to have built the first functional modern submarine, and as El Pais explains, Spain hoped the S-80 class would be a new homegrown breakthrough achieved without foreign help.

Now that Navantia is considering bringing in an American contractor to help with the redesign, that dream seems dead in the water. 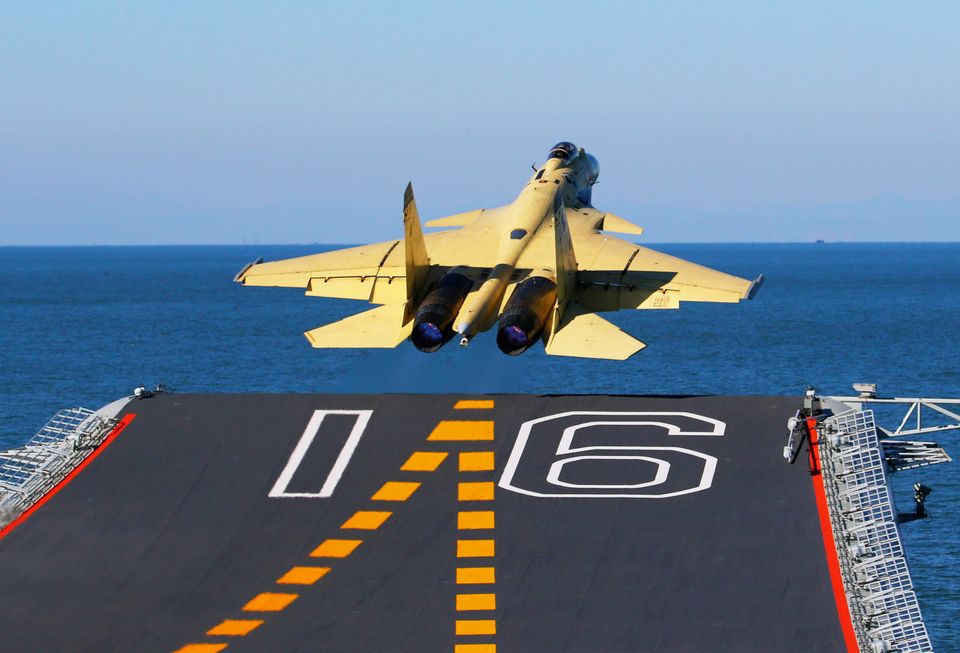 1 / 4
In this undated photo released by China's Xinhua News Agency, made available on Sunday, Nov. 25, 2012, a carrier-borne J-15 fighter jet takes off from China's first aircraft carrier, the Liaoning. China has successfully landed a fighter jet on its first aircraft carrier, which entered service two months ago, the country's official news agency confirmed Sunday. The Liaoning aircraft carrier underscores China's ambitions to be a leading Asian naval power, but it is not expected to carry a full complement of planes or be ready for combat for some time. (AP Photo/Xinhua, Zha Chunming) NO SALES
AP