As the AFP is reporting, protesters carried placards reading "Make the guilty pay for the crisis," and chanted "They call this democracy but it is not." Organized via Twitter, the "Egyptian-style" demonstrations were staged ahead of Spain's regional and municipal elections Sunday, and as the BBC notes, the atmosphere has been quite festive, with most of the crowd singing songs and playing games while they debate. They are demanding jobs and a fairer system of democracy.

"We are tired of the unemployment, the corruption of politicians. It is always the same thing. I have no job and I don't see how I can get one any time soon," Madrid resident Jordi Perez, 25, is quoted by the AFP as saying. "They have to know how we feel."

Spain's 21.3 percent unemployment rate is reportedly the highest in the EU -- a record 4.9 million are jobless, many of them young people.

View photos of the protests here: 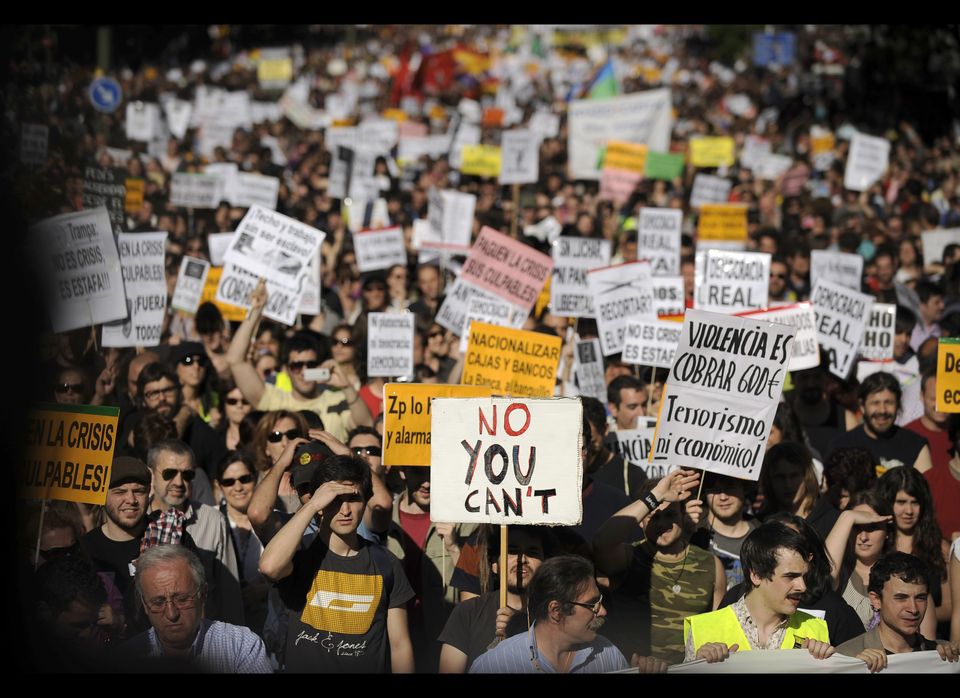