Spain is so many things: sexy and sophisticated, cool and casual, lively and leisurely, and when it comes to food and drink, at once indulgent and minimalist. The Spanish people savor the right things -- high quality ingredients to be enjoyed amongst friends.

Where else in the world are you given free food when you go out to a bar? Where else does convention tell you it's ok to take a nice, long nap after a eating a large, leisurely lunch?

In Spain, it's all about the attitude. The country is home to some of the world's best restaurants and the origin of one of the world's biggest trends: small plates. Still, Spain is somehow unassuming.

It should not go underrated, however. Remarkably, one country has brought us both churros -- fried dough to dunk in chocolate -- and chorizo -- a spicy pork sausage. It's brought us patatas bravas -- crispy fried potatoes -- and paella -- a rice dish with so many varieties it's surely one of the world's most versatile comfort foods.

The Spanish people know that life is for celebrating, and it is best celebrated with food, friends and family. Here are 15 reasons the Spanish are winning at life.

1
They understand the art of simplicity. 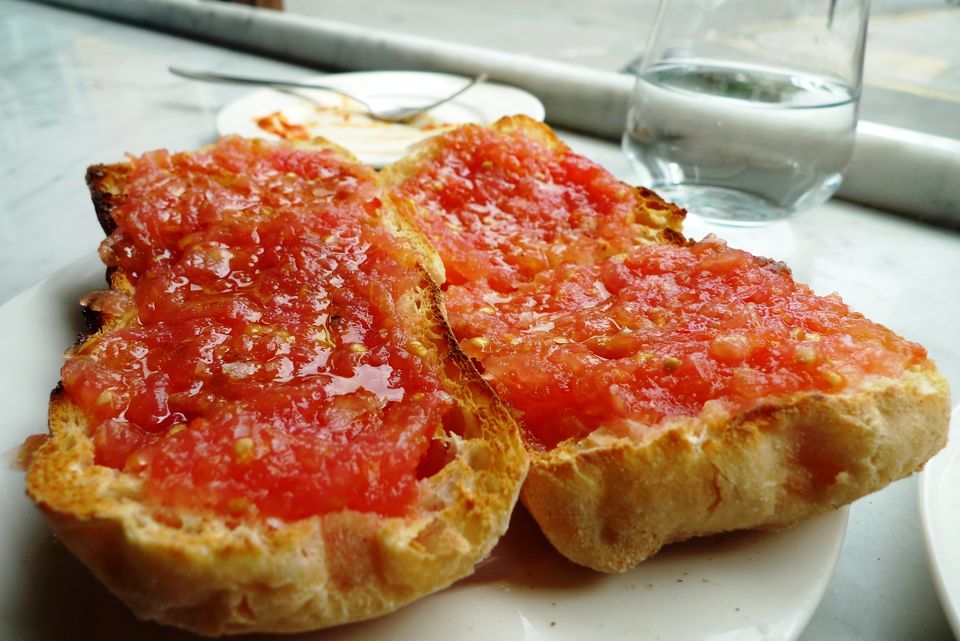 Ewan-M/Flickr
Pan con tomate is exactly what it sounds like -- bread with tomatoes -- and it's utter perfection.
2
Patatas Bravas are eaten on the regular. 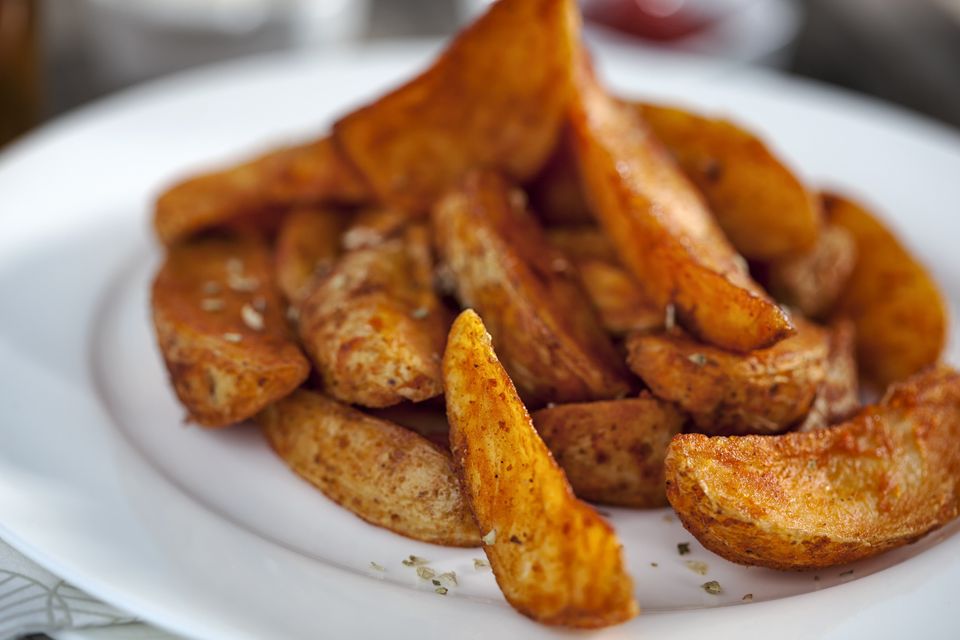 GMVozd via Getty Images
Patatas Bravas are fried potatoes, seasoned and often covered with a spicy tomato sauce or a mayonnaise. They're like the best home fries you've ever eaten.
3
They take snacks very seriously. 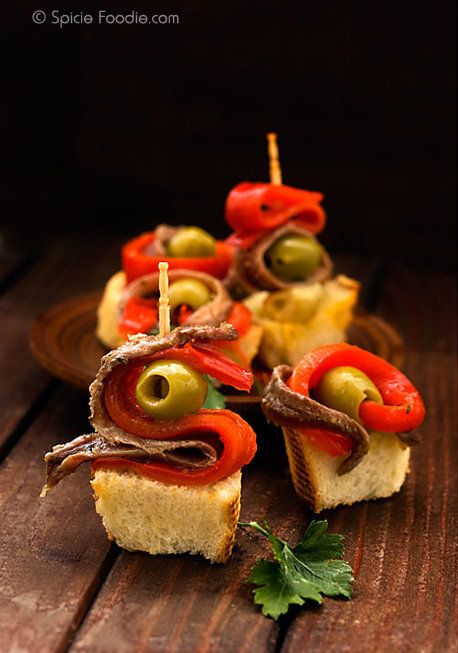 Spicie Foodie
Because they eat a small breakfast, a later lunch and a super late dinner, snacking is an integral part of the day in Spain. From churros on the street to tapas in a bar, there's a snack for every mood and every palate. Pictured here is a classic tapas dish called Gildas, which is anchovy, olive and peppers on bread.
4
Croquetas come in all flavors. 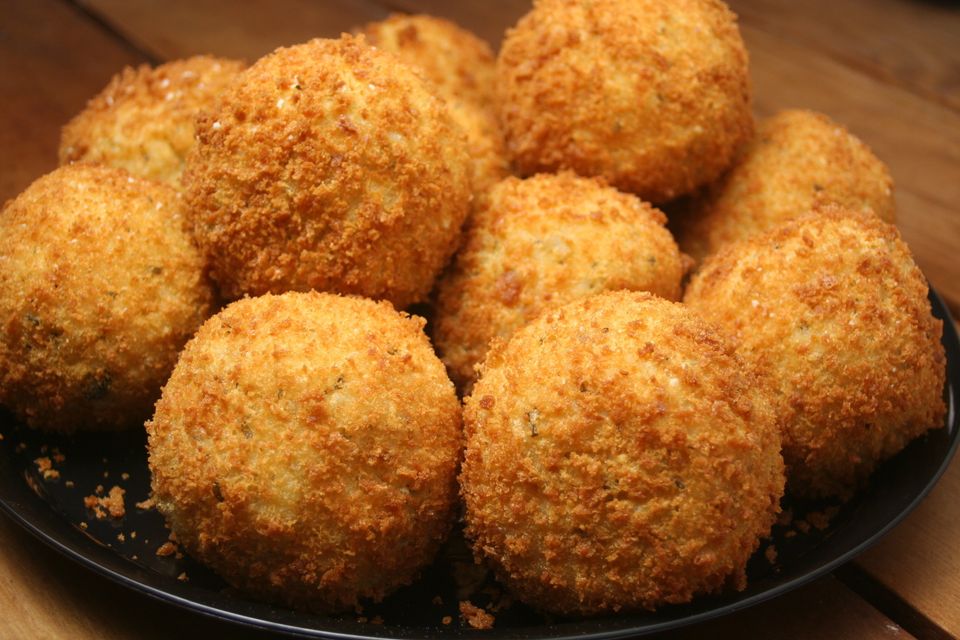 Steve Manson via Getty Images
Bite-sized, breaded, fried fritters, croquetas, or croquettes, might be filled with ham, potatoes, cod or cheese. They're a typical tapas dish and whatever they're filled with, they're pretty dreamy, in our opinion.
5
They invented churros. 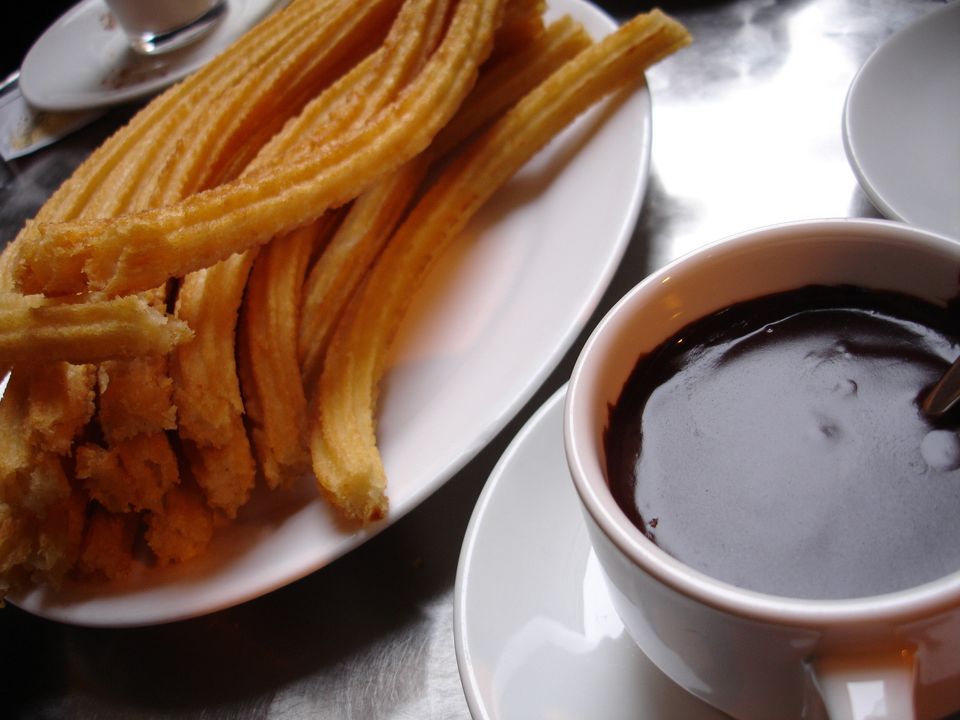 Mauricio Pellegrinetti via Getty Images
A churro is a tube of fried dough that can be dipped in chocolate. It's kind of like a skinny doughnut, but better, and you can eat churros as breakfast, dessert or a snack.
6
They put potatoes in everything, including omelets. 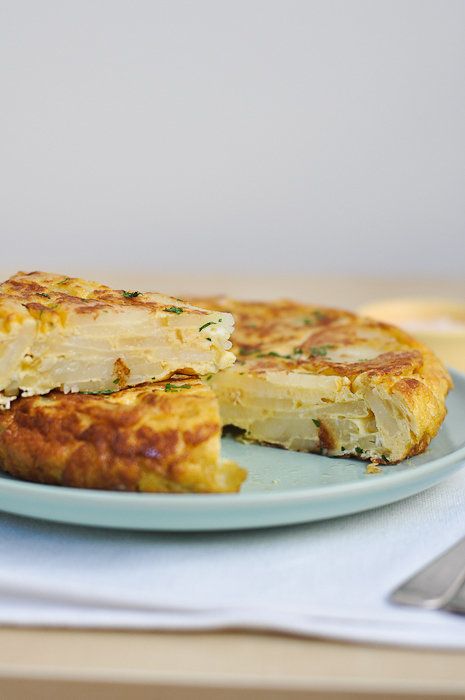 Trissalicious
A classic Spanish dish, the Tortilla Española,or a Spanish potato omelette, is eaten as is or in a sandwich.
7
Sherry is having a renaissance, and the Spanish are one step ahead. 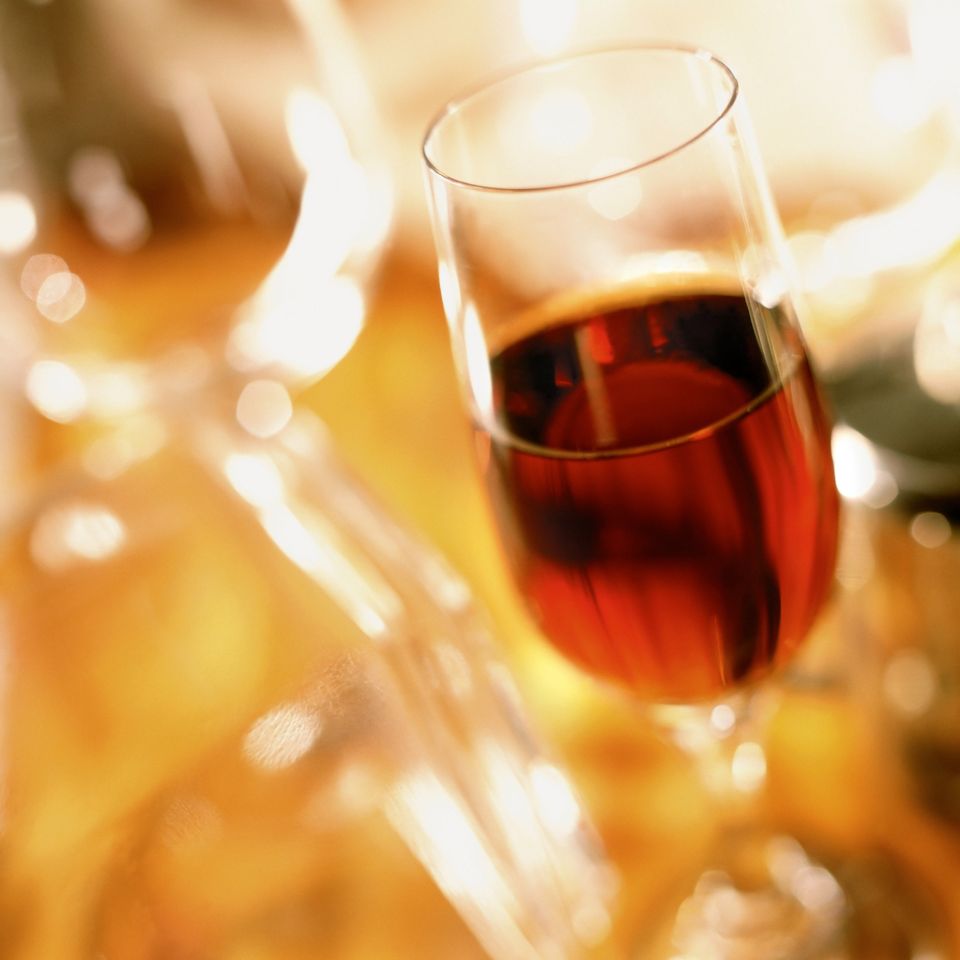 Image Source via Getty Images
Sherry is a fortified wine made from white grapes in the south of Spain. Once considered boring and old news, this wine is seeing a comeback. We're on board.
8
You get free food when you go to a bar. 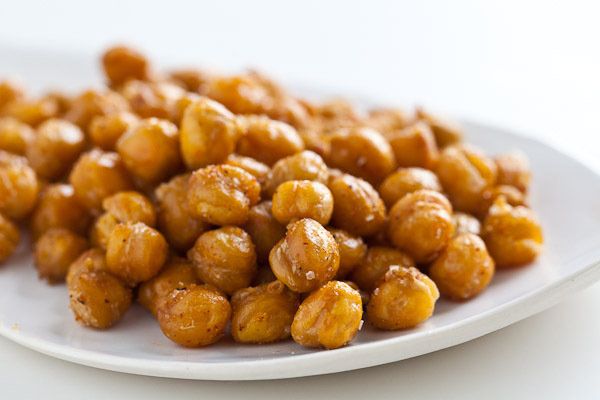 Steamy Kitchen
We repeat: FREE food, when you go to a bar. These free snacks, known as tapas, might be a bowl of chips, olives, cheeses, cured meats, breads ,croquetas, patatas bravas or so much more. When you go out drinking, you'll often be given a snack to tide you over until your late dinner (or keep you at the bar forever). According to The Joy Of Cooking, tapas originated when patrons at bars were given a piece of bread to cover their sherry glass to protect their drink from flies. The spanish word tapa means a cover or lid. Today, tapas also means small plates, and they're not always free, but still: Tapas is more than just free food -- it's a philosophy.
9
They do calamari right. 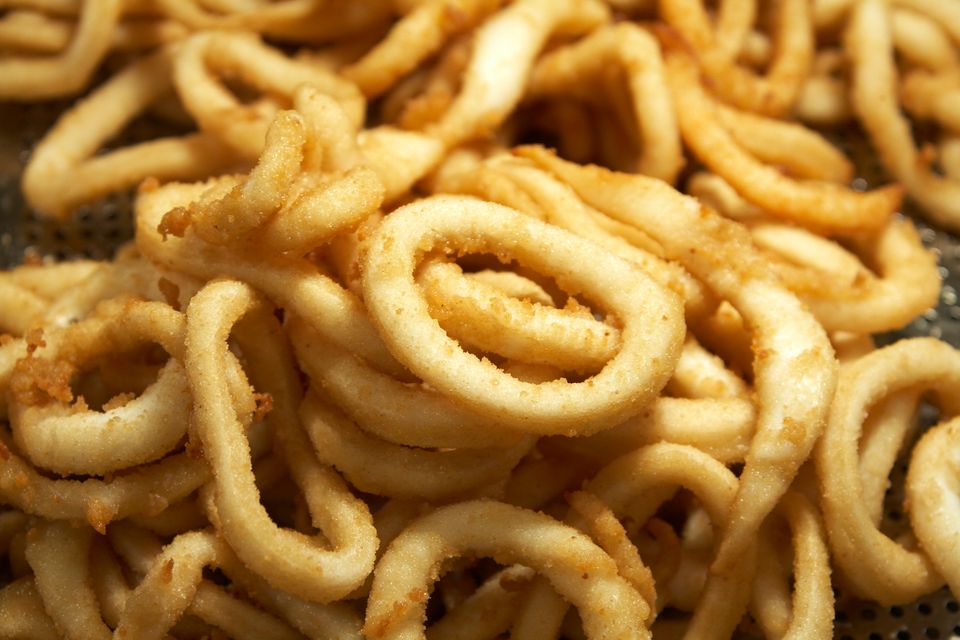 Andrew Holt via Getty Images
Calamares fritos is a popular tapas dish in Spain. Squid is covered in batter, fried in oil, and served with lemon or mayonnaise.
10
They eat a big lunch and then they nap. 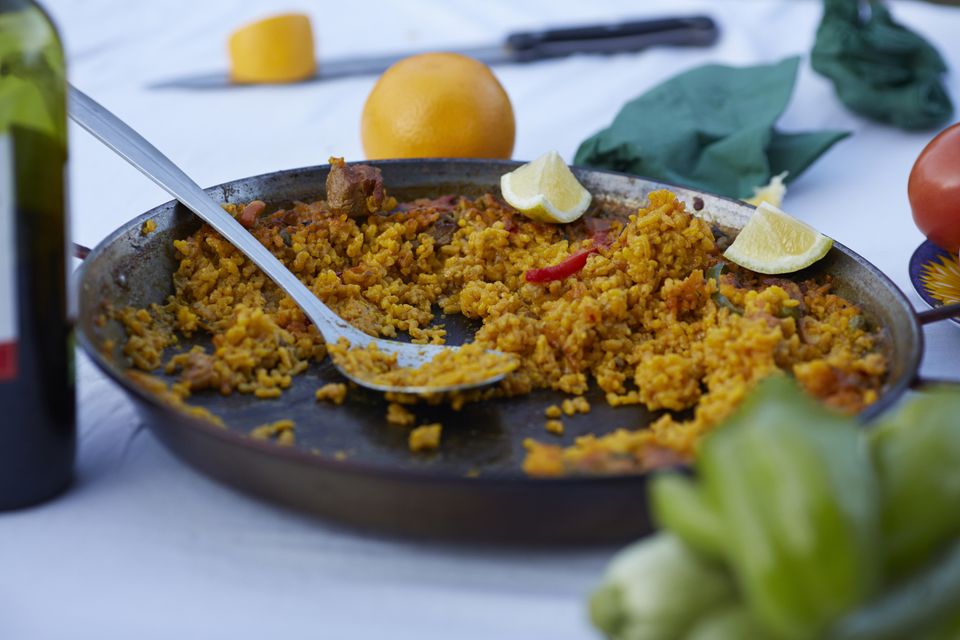 Klaus Vedfelt via Getty Images
Nap time after lunch -- it's the stuff dreams are made of.
11
Spain is home to chorizo. 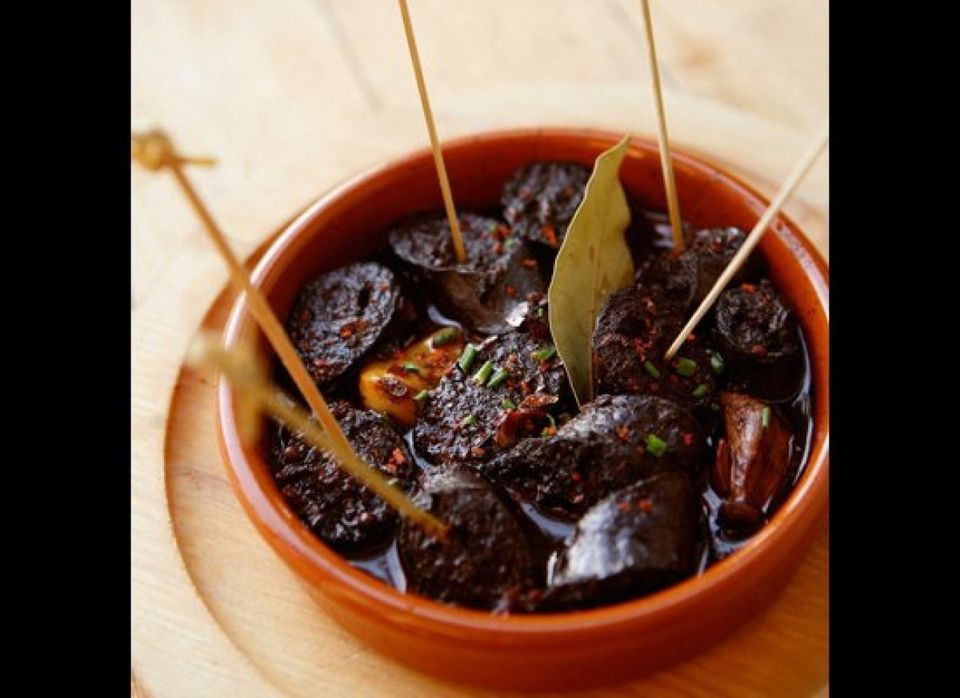 Cedric Angeles/Food & Wine
Chorizo, a Spanish pork sausage, is one of those foods that makes everything it touches better. It's typically seasoned with pimentón, or smoked paprika, and can be eaten on its own, thinly sliced as tapas, or in a dish like the Chorizo Poached in Red Wine pictured here.
12
Spain is also home to Jamón Ibérico. 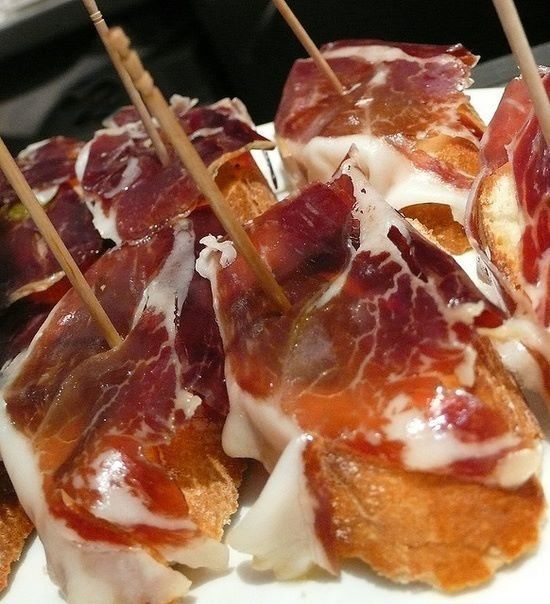 Jamón Ibérico/Facebook
Jamón Ibérico is a cured ham made from black Iberian pigs who live in the south of Spain. Until recently, the ham was illegal in the United States, but luckily for us, it's now allowed -- albeit very expensive. The highest quality Jamón Ibérico comes from free-range pigs who forage for acorns, or bellota. This Jamón Ibérico de bellota has a more nutty flavor and can cost up to $87 a pound.
13
Paella is one of the world's best comfort foods. 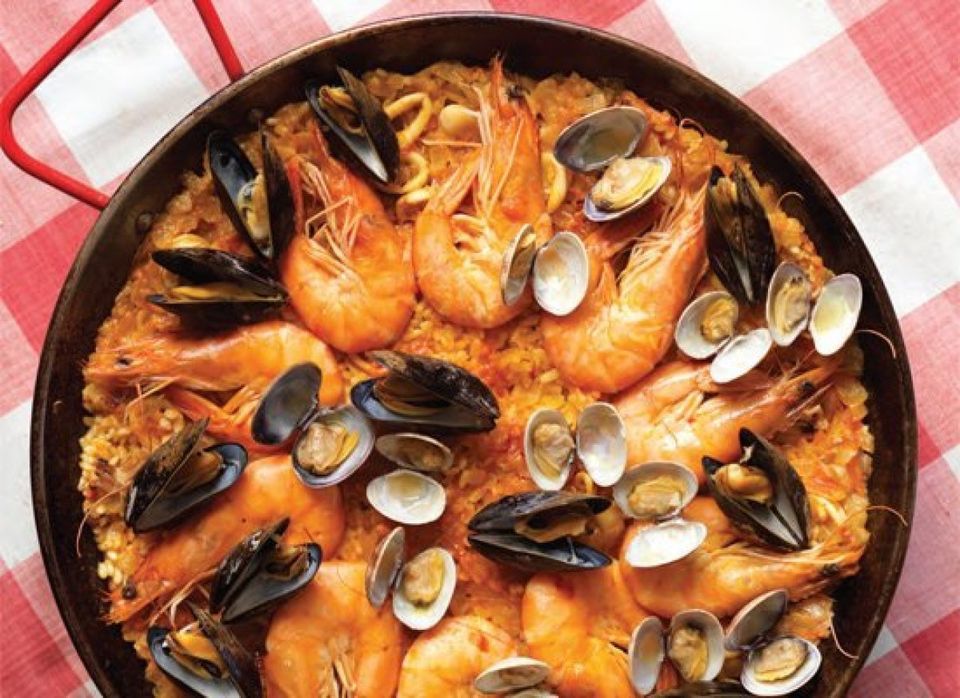 Jason Lowe
Paella is a familiar, classic Spanish dish, whose main ingredient is rice. It's a particular speciality of Valencia, where it might come with rabbit, snails and beans, or with seafood, such as clams, mussels, squid, shrimp and lobster.
14
They drink sangria. 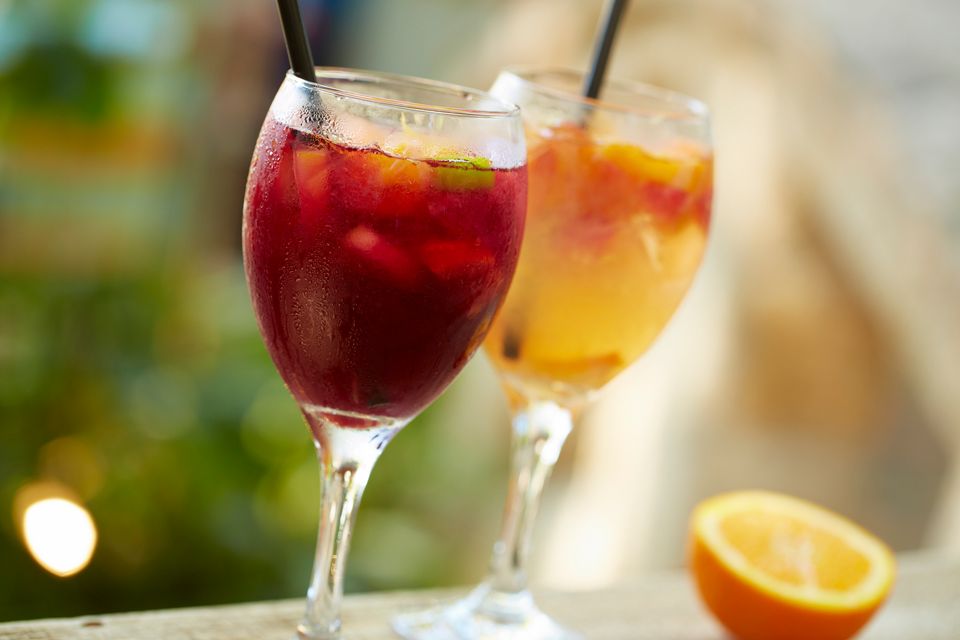 Dana Hoff via Getty Images
What's more refreshing and festive than sangria?
15
They eat a late, light dinner, so they can go out and party. 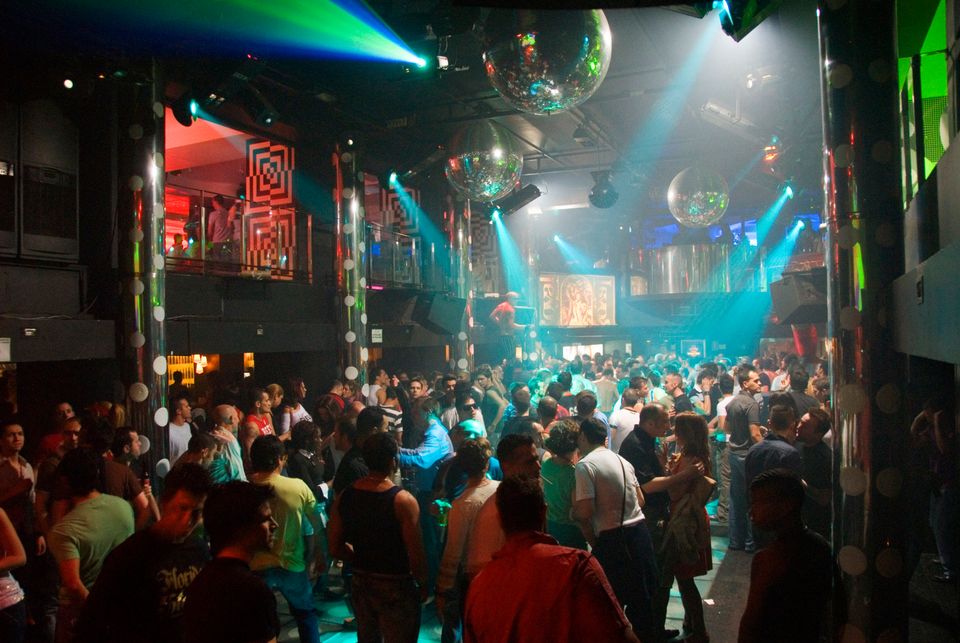 Lonely Planet via Getty Images
It's normal to eat dinner between 9pm and 12am, and then go out for a few hours. At the end of the night of drinking and dancing, naturally there's always room for another snack. And we wonder why Spanish people so much cooler than us.

Correction: This post originally said that churros in spain are covered in cinnamon-sugar, when in fact they are not typically covered in anything. 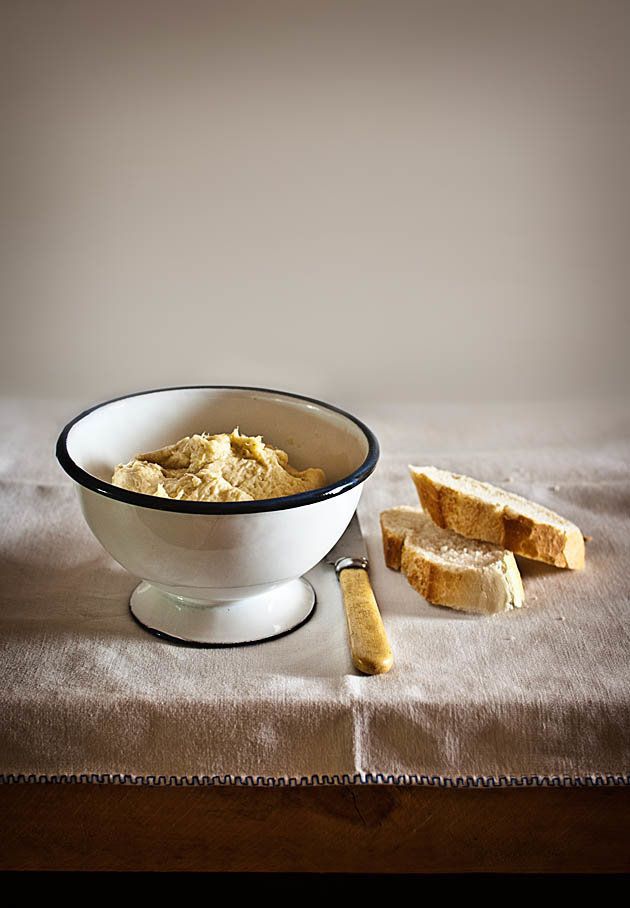