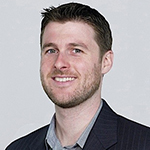 The first phase of testing in the $2 million Wendy Schmidt Ocean Health XPRIZE kicked off with sparks and cheers. Teams arrived at the Monterey Bay Aquarium Research Institute in Moss Landing, California, in early September to submit their innovative ocean pH sensors for laboratory and tank-based testing to measure their precision and stability. The ultimate goal of the competition is to develop more accurate -- and affordable -- pH sensors. These devices are desperately needed to transform our understanding of one of our planet's greatest threats: ocean acidification.

This competition has attracted teams from seven countries, with backgrounds ranging from surfboard engineers, to high school students, to food industry professionals and oceanographic researchers. Several teams are employing new technologies for measuring pH levels. In fact, three new companies were formed specifically to compete for this prize, and several others redirected their research and development efforts to try and win. But with any new technology or innovation comes the reality of tight timelines and potential disappointments. 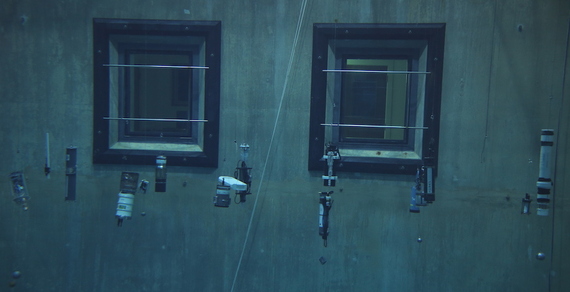 Sensors in a variety of shapes and sizes are suspended from cables in a testing tank at the Monterey Bay Aquarium Research Institute, where they will measure pH for 77 days to test their stability.
Source: XPRIZE

Blue Praxis, a father and son team from landlocked Colorado, faced a heart-breaking setback during the first phase of testing -- but they handled it with grace and humor. Following a last-minute hardware disaster, the pair spent four sleepless nights trying to fix the problem while soldering sparks flew in their hotel room. Despite the effort, their entry, dubbed "Little Ricky," failed to perform as intended during lab testing.

Team leader Kalen Meine, a biology student at Metropolitan State University in Denver, described the situation: "We were rolling up on this competition a few days behind where we should have been with perfect hardware for a few weeks, and then to be hit with two sparks-flying, Captain Kirk-yelling-at-Scotty breakdowns!"

They're not letting the setback bog them down, however, and plan to launch a crowd-funding campaign for a "next generation" ocean pH sensor. These are the types of innovators that XPRIZE strives to inspire through our competitions -- people who will not quit and can laugh at hiccups along the way.

And it wasn't all setbacks; there were many triumphs. Team pHFineScale, a group of high school students who live near the testing facilities, worked for hours to get their device to function. When their ray gun-shaped sensor successfully recorded data, team member Jack Maughan exclaimed, "Sick! It's working!" These are true California teens with a bright future ahead in problem solving.

Teams that successfully completed precision-based laboratory testing moved on to a 77-day stability test in a large saltwater tank. These sensors are currently recording pH every two hours until December, and XPRIZE and an expert crew will test to see if their pH measurements remain accurate over that time. At this point, teams can only hope that their batteries stay charged, their sensors don't corrode, and everything goes as planned!

The next phase of testing will be in February at the Seattle Aquarium. Teams will face month-long coastal trials and highly variable ocean conditions pumped in from Puget Sound. Finalists will then be tested in the open ocean near Hawaii, where the sensors will be lowered to a depth of 3,000 meters. At that depth, even the strongest man-made object can be crushed like a soda can by the pressure.

Best of luck to all of the teams in tackling the upcoming challenges in the Wendy Schmidt Ocean Health XPRIZE! Your success will help us all to better understand and protect our oceans.