A project in northern Maine that encouraged pet owners to get their cats spayed by five months of age, instead of waiting until the traditional six months of age to have "pets" altered, proved that it is possible to reduce shelter intakes and save lives while not spending a penny more to do so. It is time to take note.

Fix Felines by Five a project of Marian's Dream Foundation, was developed to both engage veterinarians and educate the public to act upon what is fully understood about the reproductive cycles of cats; they can get pregnant when they are five months old, give birth when they are seven months old and they produce two litters a year. The traditional advice to have pets altered at six months of age reliably prevents dogs from giving birth to accidental litters, however by six months of age many cats that are allowed outdoors have already become pregnant; if another month slips by, an unwanted litter is born. Numbers and estimates vary widely, and in much of the US there are no shelters to receive or track unwanted cats, however of the roughly three million cats that enter shelters, most are put to death and many that are turned away from shelters are left on the streets, becoming victims of starvation and cruelty. The only humane solution to the crisis is prevention.

According to American Veterinary Medical Association (AVMA) there are 74 million pet cats in the US https://www.avma.org/KB/Resources/Statistics/Pages/Market-research-statistics-US-pet-ownership.aspx . According to Animals 24/7 about two-thirds of owned cats, about 48 million, live solely indoors and over 80 percent of indoor cats are spayed or neutered. However, among the roughly 25 million pet cats that are allowed to roam outdoors, the sterilization rate is low; fewer than fifty percent of pets allowed outdoors are spayed.

Dr. Kim Carter is Clinical assistant professor, Section Chief, Shelter Medicine, College of Veterinary Medicine at Oklahoma State University . Carter said, "Here at Oklahoma State University Shelter Medicine Program we definitely support and teach pediatric spay neuter. Many people do not realize how young animals can be when they are able to reproduce and an owner is left with what we call an, 'oops litter.' These unplanned litters are a big source of the overpopulation of animals in our shelters. Our students learn pediatric spay/neuter and are very comfortable with this procedure. There are so many benefits to early spay/ neuter. For the surgeon, the surgery is much quicker to perform with very little blood loss and no fat to contend with during the surgery. The young animals tend to recover much faster than an adult and are up eating and even playing within hours of their surgery!"

Cats are "seasonally polyestrous," meaning their cycles start when the day lengthens in the spring and repeats frequently until they become pregnant, (the estrus cycles of most mammals are not tied to whether or not they breed). When an outdoor cat produces a litter that is not socialized, a new group of feral cats enter the picture. Preventing unwanted litters of kittens is imperative and strategic planning is the only way to do it. 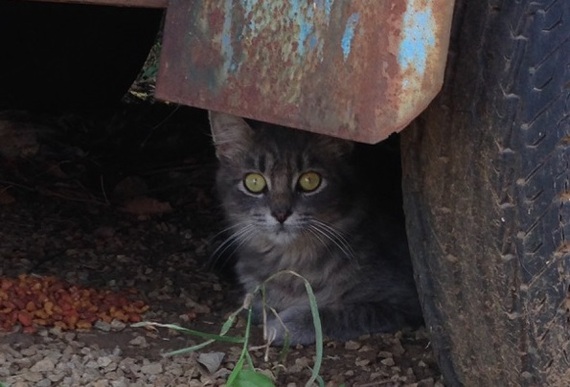 According to Chu, K., W.M. Anderson, and M.Y. Rieser low-income homes in the US produce the greatest number of unplanned litters, a fact that is reflected in shelter intake records across the US. Fix Felines by Five Months relied on a two prong approach; it informed pet owners about the need to get cats spayed by five, not six, months of age and then provided subsidies to enable people to act on the information that they had received. The cost to the client was just five dollars, male or female. All shelters in the targeted area noted a decline in intakes of unwanted kittens.

Susan Hall is a co-founder of Spay Maine, an organization dedicated to helping pet owners in Maine get their pets spayed or neutered. According to Hall, the campaign to alter cats by five months of age resulted in lowered cat intakes in Aroostook and Piscataquis Counties. At Central Aroostook Humane Society in one year the feline intake dropped an overall 14 percent (kittens were down 28 percent and adult cats were down 6 percent). Two other shelters were able to expand their coverage areas due to decreased kitten/cat intakes. 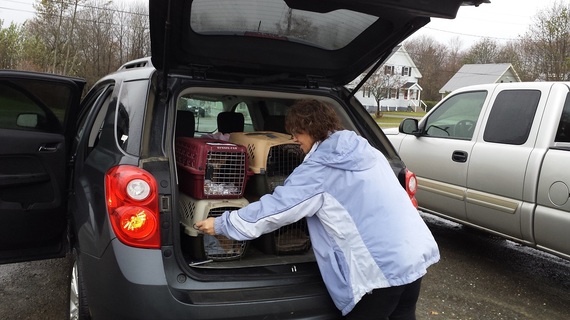 Hall said that a big part of the success was the change in public awareness. She said, "We received grants last fall and this fall to promote fixing cats by five months of age. Last year just about everyone who called thought that cats needed to be six months, or even older, to be spayed or neutered. As of this year, we're getting a huge number of calls from people with cats that are three, four or five months old. This campaign to get the word out is working and the intakes from Central Aroostook Humane Society demonstrate the results..."

Joan Miller is the Chair of Outreach and Education for Cat Fanciers Association (CFA) , an organization that supports early age sterilization of cats. She said, "Most people want to be responsible; they do not want litters or the behaviors that come with a female cat in season or a male that sprays and fights. The problem is that most people don't realize that cats can come into season so early. Fix Felines by Five Months gets to the heart of the problem." Miller added, "If outdoor cats are not altered they will be in season, pregnant or nursing; unwanted kittens will be born. That's the bottom line."

Esther Mechler, Director of Marian's Dream, said, "Cats are not small dogs. Their reproductive physiology is not the same as dogs. Being lumped in to the generic six month timeline literally results in thousands of unwanted litters being born each year." Mechler continued, "We do not expect cats and dogs to use the same medications or eat the same pet food. Yet we allow this generic message to delay the sterilization of cats to a point that undermines the very intent of sterilization; cats wind up having litters because people follow the advice they received on how to prevent litters! It just makes no sense." Mechler concluded, "Helping cats by plugging in what is known about them should be a no-brainer."