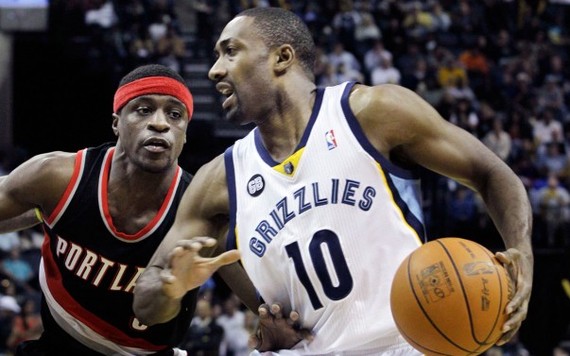 [COMMENTARY] The former NBA player has surfaced again, this time with remarks making fun of the Flint Water Crisis at the worst time

The water crisis in Flint, Mich., has left us confused trying to figure out what went wrong and who to blame, but a former NBA superstar's egregious comments about the situation has left us in a state of shock.

Former Washington Wizards superstar Gilbert Arenas is at it again and love it or not, he's transitioning smoothly into his new career as one of America's most hated Internet villains.

Back in December of last year, Arenas took to his Instagram to make misogynist comments regarding WNBA players and expressing his vision of how he wanted the players to look and dress. This time the opportunist took to social media once again to make disparaging remarks regarding the victims of the Flint water crisis.

During times of crisis you get to really see the true fabric of an individual. The Flint water crisis has brought out the best and worst in people. Key figures such as Detroit native Big Sean, Wiz Khalifa, Sean "Diddy" Combs and Detroit Lions defensive end Ezekiel Ansah have been amongst some of those who have donated water and made monetary contributions. Arenas, however, chose to take an alternative route.

Instead of choosing to donate or use what's left of his diminishing influence for positive, he chose to use his social media platforms for the negative. Since Arenas has retired, more specifically over the last few months, he's been the classic example of someone who should exercise the "don't hit send" option on his accounts.

Now let the record show; I am a huge proponent of the First Amendment and I believe under no circumstance should it be restricted. I'm also a firm believer that social media should be an outlet that allows people to voice their issues, concerns and opinions freely. But where I take issue with Arenas is his consistent desire to "stir the pot" in an attempt to generate laughs or re-create a level of relevancy that has alluded him post-retirement.

The Flint water crisis refers to a palpable level of fear that residents have over high levels of lead that have plagued the city's municipal water supply for the last year. Residents and potential recipients of the contaminated water have a legitimate concern that they will suffer from skin loss, hair loss, memory loss, skin lesions, depression, and anxiety.

The reason the water crisis in Flint has dominated national headlines and become such a polarizing story is for two reasons: Anyone with any level of compassion is obviously concerned about those affected by the situation, also many question if government and city officials turned a blind-eye to the situation.

But those emotions and questions are an afterthought in the head of Arenas. He has often demonstrated a tendency to possess a "speak-first-think-later" mantra. But his latest derogatory comments really serve to support the narrative that he's as insensitive as he is simple-minded. 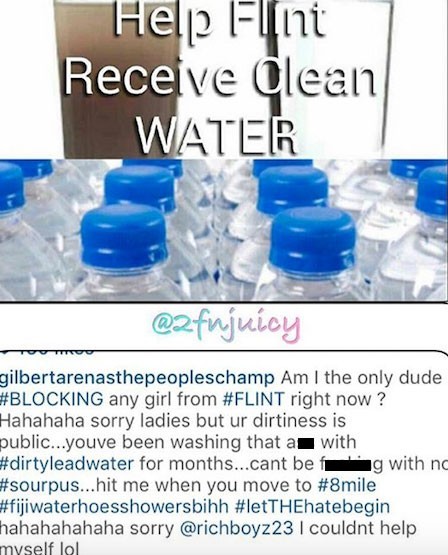 We know Arenas is no stranger to drama, as controversy often follows him wherever he goes. If it's bringing guns into an NBA locker room, or insulting WNBA players and most recently deeming it a brilliant idea to have his 8-year-old son ride on the hood of a moving vehicle -- a Polaris slingshot -- at about 15 mph you can count on Arenas to deliver.

The slingshot video which was posted to Arenas' Instagram account has since been deleted, and as a result of his latest remarks his Instagram has also been deleted. The fact he deleted his account, most likely anticipating the imminent backlash headed his way, is more indicative of who he is as a person rather than his actual statements.

Marcus Lamar is a New York-based sports journalist. You can check out his podcast "Marc My Words" on Soundcloud, YouTube and coming to iTunes soon. Follow him on Twitter @iam_marcuslamar.