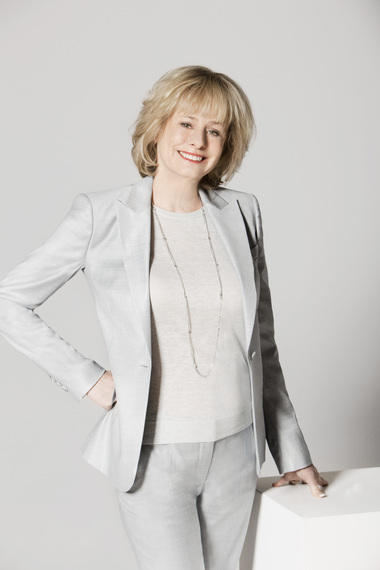 Dr. Reichs served on the Board of Directors and as Vice President of the American Academy of Forensic Sciences, and the on American Board of Forensic Anthropology.

Speaking in Bones is Kathy Reichs's 18th Temperance Brennan novel. Temperance's work takes her deep into the Blue Ridge Mountains on an investigation that turns up a corpse with no fingerprints. Bones and other remains are found, and a bizarre religious sect is encountered. The body count begins climbing, and Temperance's forensic sleuthing uncovers many secrets, along with a blockbuster psychological surprise.

For those who may not know, what exactly is forensic anthropology?
Forensic anthropology is a specialty area within physical anthropology. It relies on knowledge about the human skeleton. The term 'forensic' means it's in a legal context. We work for medical examiners, coroners, law enforcement, and the military. We primarily address questions such as the identification of remains, and we analyze bone in order to figure out what happened to the person. Was it a homicide; a suicide; was the lethal injury caused by a sharp or blunt instrument? How long has the victim been dead? What happened to the body after the victim died?

As a forensic anthropologist, you've been involved in some very high profile cases, haven't you?
I was involved in identifying remains of recovered victims after 9/11. I've been retained to work on a number of Canadian cases. In fact, my first book was based on a case involving a serial killer named Serge Archambault. I helped identify and did a detailed analysis of the bones of his first victim to determine the pattern of dismemberment. It ended up as crucial testimony in the trial and helped lead to his conviction.

I testified in the Casey Anthony trial, and at the United Nations tribunal on genocide in Rwanda.

I understand you've also helped identify bodies from World War II, Korea, and other conflicts.
Yes. That's through JPAC, the Joint POW-MIA Accounting Commission. Whenever remains are found, there are multiple levels of expertise required to make an identification, and one of those must be at the civilian level.

How did you decide to become a forensic anthropologist?
I didn't really make the decision; forensic anthropology came looking for me. I was trained to do bioarcheology and was focusing on ancient skeletons. The police began bringing me cases, asking for my help. That was back in the days before Board certification, and when law enforcement wasn't that sophisticated about expert qualifications. Having expertise in bones, I was a sensible choice.

We now have a much more sophisticated process of guaranteeing expertise: there are peer review processes, Board certification, and examinations.

Speaking in Bones was a fascinating read for me. How would you briefly summarize the novel?
Somebody gets killed and they figure out who it was. (Laughter).

Like all my novels, it started as kind of an alphabet soup pouring from my head. I'd read about this hobby called web sleuthing, where people go online and find unidentified bodies and lists of missing persons. They try to match them up, attempting to solve the mystery of unidentified remains. Most people aren't aware of this hobby, so I wanted to use it, and have the western North Carolina Mountains, with their mysterious, unexplained "Brown Mountain lights" as the setting. I thought it might be interesting if body parts began showing up at the overlooks near the Brown Mountain lights. So, the web sleuth brings Tempe into the story and it takes off from there.

The medical and forensic issues in Speaking in Bones are detailed in so many areas, not just bones. Will you talk about that?
I use a lot of medical details. I work closely with pathologists, so when I have a question, I direct it to the appropriate expert. I don't want every book to be driven only by bones. I try to bring different kinds of forensic science into each story--whether it's blood spatter pattern analysis, gunshot wounds, trajectory analysis, toxicology, or DNA analysis. I double check all those facts to make sure I'm getting them right.

So the takeaway is: rely on experts in areas beyond your own expertise.
Exactly. Those are the only parts of my manuscript I let anyone read before submitting it to my editor. For instance, I'll have a forensic odontologist review two paragraphs in the manuscript dealing with bite mark analysis, to make sure I got it right.

Temperance and Detective Andrew Ryan have had a longstanding relationship. Do you have plans for their future?
I definitely have plans for Temperance's and Ryan's future. Am I going to reveal what they are? No, probably not. (Laughter). There's a surprising turn of events in Speaking in Bones, and we'll see how that goes.

How and when did you decide to become a novelist?
I became a full professor at the University, and that left me with some free time to explore new challenges. I'd written academic books, but wanted to try something different. I had a colleague who was writing fiction. After reading one of her books, I thought, 'Maybe I can do this.' It was during the 90s, and forensic science was in the public's mind. People had seen the O.J. trial, and they'd heard about blood spatter analysis. I wanted to create a strong female heroine. And, I'd just finished working on a very interesting serial murder case. It all came together, and having the freedom to try something new, I wrote my first novel.

So you really exemplify the old adage 'Write what you know,' and then expand upon it.
I decided to write what I know because I figured it was easier than doing research and making something up about being a private detective or some other profession. Because I worked in a full-spectrum medical, legal and crime lab, I had the advantage of all my colleagues being around me.

And the cases kept rolling in, didn't they?
Yes. That's one of the intriguing things about working in that context. People often ask, 'What's a typical day?' There isn't one. Each day is different. One day I might go to the lab and it turns out someone found moose bones, and not knowing what they were, called the police. Or, on another day, an investigation might open into a serial murder case.

What has surprised you about the writing life?
Most surprising to me has been all the touring and promotion authors do. I was totally unaware of that. I had the classic vision of the writer sitting alone, just writing away on a book. I never thought about going from city to city to bookstores and giving public presentations.

Even with your success, does it surprise you to have to tour the way you do?
It isn't so much a requirement to promote the books. I think my readers get so much out of having personal interactions and I feel I owe that to them, and also to the booksellers. I feel a loyalty, especially to the small bookstores, which seem to be disappearing faster than some species.

Looking back over 18 novels, what's the most important lesson you've learned about writing?
In some ways, it gets easer as you continue to write a series with the same core characters. You get to know your characters better. But it also gets harder because when someone picks up a Temperance Brennan book for the first time, you have to introduce the main premise and the core characters. But, on the other hand, it may be the 18th book someone's reading, so you don't want to bore that reader with repetitious details.

Do you have a favorite among all your novels?
I really like Bones to Ashes. It incorporates the Acadian culture of New Brunswick into the story. I spent a lot of time with the Acadians. I loved learning about their culture...and eating lobster. (Laughter) I'd also just learned about the extensive problem of child pornography on the Internet, which I brought into the book. I'd worked on a case of a small skeleton found near the New Brunswick-Quebec border. I managed to bring those three elements into the book and that makes Bones to Ashes very special to me.

In a way, each of my books resonates personally for me. I never write about a place where I haven't visited, whether it's Guatemala or northern Canada.

Do any of your readers 'confuse' you with Temperance Brennan?
Yes, I'm often confused with Tempe. Readers will come to a signing and say, "I really didn't like it when you did this or that.' I have to remind them, 'That wasn't me. That was Tempe who did that.' We do kind of merge in some people's minds. I'm sure readers of the books and viewers of the TV show also blend the two characters. I'm often asked why they're different from each other.

So with you, some readers blur reality and fantasy?
Yes, they do. I did base Tempe in certain ways on myself, although she's got her own quirks and flaws, which are strictly hers, not mine. (Laughter).

I understand you're now writing a Young Adult series of books. Tell us about that.
I've been writing a YA series with my son, Brendan Reichs.

It's about Temperance Brennan's 14 year-old great niece, Tory. We had many questions from parents about whether the Temperance Brennan books are appropriate for let's say a 9 or 10 year old. They're not. So, we thought a series about kids who are excited to be using science would be the main premise of the series. The books are Virals, Seizure, Code, Exposure, and the fifth one will be Terminal. The titles all have medical double meanings.

The kids in the series acquire certain special abilities after having been infected by weaponized parvovirus, so there's an element of grounded fantasy to the books.

The response to the books has been very gratifying. We've been chosen by quite a few school districts to be their mandatory reading. We visit many schools, and the teachers are excited because we're telling the girls that science is cool; and, we're telling the boys that writing and reading are cool, too.

You're hosting a dinner party and can invite any five people, living or dead, from any walk of life. Who are they?
The thing is, if you're making a guest list, you'd put a lot of thought into it. It's tough just coming up with the names off the top of my head.

Congratulations on writing Speaking in Bones, a compelling novel that blends science, forensics, anthropology, medicine, relationships, and psychology in a seamlessly suspenseful way.