Speaking more than one language is great. But sometimes, when you're the only Spanish speaker at work, things can get, well... annoying.

Even though it's mostly awesome, here's some things that every Spanish speaker goes through in their non-Spanish speaking office:

1. When a co-worker asks for a quick translation...

2. When you suddenly realize your cubicle buddy knows Spanish and understood all your 'personal' phone calls

I'm just going to call in sick for the next few weeks.

3. When your co-worker keeps asking you what the best taco place around the office is, even though you’re not Mexican

But yeah, tacos are amazing and there's a great place down the street.

4. When you’re in the middle of a presentation and forget ALL ENGLISH WORDS

5. When you're asked to make every call to every Spanish-speaking country

6. When you keep typing “jajaja” instead of "hahaha" while chatting with co-workers and they have no idea what’s happening

Whatever. It wasn't even that funny.

7. When a co-worker uses google translate and asks you to double check... This: 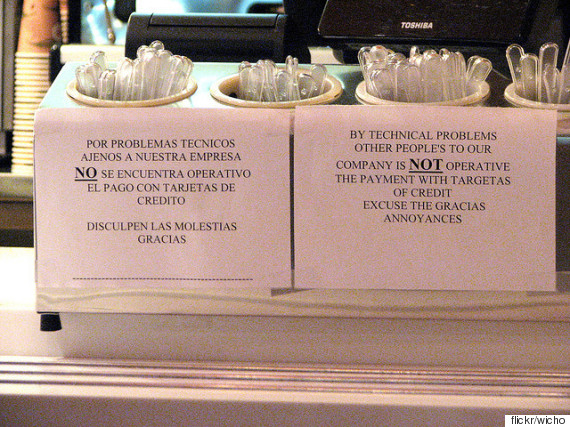 Immediately followed by this:

8. When you get to curse as much as you want because no one understands

9. When every co-worker ever asks you how to type an ñ

10. When someone sends you text in Portuguese to translate, like it’s the same as Spanish

11. When everyone who doesn't speak Spanish tries to start a conversation with the three words they remember from high school