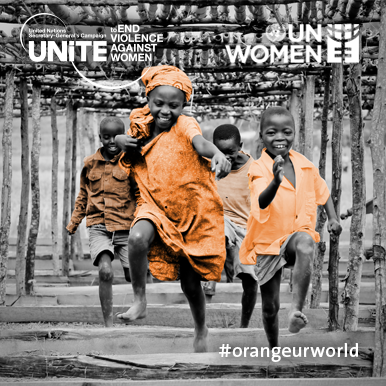 If you are a woman and reading this, you have a 1 in 3 chance of experiencing physical or sexual violence in your lifetime. If you are not a woman and reading this, your mother, sister, spouse, daughter, friend, partner (and the list goes on) has a 1 in 3 chance of experiencing physical or sexual violence during her lifetime. That too by an intimate partner and regardless of the circumstances, whether at home, in the streets or during war. Evidence shows that only two-thirds of all countries have outlawed domestic violence and only 52 countries have explicitly criminalized rape within marriage. Violence against women is a real issue. It is a human rights violation and calls into question the principles of gender equality. This is the harsh reality. There is no subtlety to violence. And if you thought this was a developing country problem, you are very wrong. In the European Union, 45-55 percent of women have experienced sexual harassment since the age of 15.That's right- it's rage you are feeling at this moment. It's time to wake up and do something about.

November 25th marks the International Day for the Elimination of Violence against Women. Under the United Nations Resolution 54/134, this date was chosen as it commemorates the Mirabal sisters, three political activists, who were brutally assassinated by Dominican ruler Rafael Trujillo (1930-1961) in 1960. The global campaign, 16 Days of Activism against Gender-Based Violence (#16days, #orangeurworld), which runs between November 25, International Day to End Violence Against Women and December 10, Human Rights Day calls attention to this global pandemic.

It is important to mention that any act, whether big or small, has an impact and makes a difference. If you feel intimidated or unsure about how a single individual can bring a stop to such heinous acts, take baby steps. In this age of technology, we are all about social media. Take advantage of this to RAISE AWARENESS; put up a status, change your profile picture, tweet some statistics related to violence against women. This does not have to be restricted to the virtual world, i.e. Facebook, Twitter, Instagram etc. Go out to your communities, at school, work, meet-ups and discuss issues related to gender-based violence. And remember, you do not have to be a woman to talk about gender issues and gender equality. We often forget that men and boys are important stakeholders in this conversations and it is essential to include them in the narrative. This might be difficult and there may be reluctance from opponents but it is useful to frame the debate to establish that gender equality is not a privilege, it is a right.

Another step, which is a bit more challenging is to reflect on one's own behavior and actions. You should ask yourself, "Am I perpetuating these discriminatory acts?" It is very easy to get caught in the moment and make a/laugh at a sexist/offensive joke, but try and remember that it can start with jokes and then the problem becomes more serious leading to harassment, violence or even death. If you are one of the fortunate ones who have the upper hand in society, do not be a silent bystander, STAND UP, SPEAK UP. Become role models and act to change mindsets about stereotypes and social norms.

Depending on the context, the relationship and the level of comfort, another important step can be to PROVIDE SUPPORT. If you feel that a friend or family member is being subjected to violence, or has experienced a horrific episode of discrimination, reach out to that individual. If the need arises, and the safety of the victim is at stake, contact the police, authority, organizations or crisis centers that can provide immediate assistance. It is vital for the victims to heal and rise up from this episode to become agents of change and you can help them do that.

Simply, if you have a conscience, ACT NOW!

This is a poster of the UN 16 Days of Activism Campaign.