Some of these cats are blind or have neurological problems. Others have legs that don't function well due to congenital abnormalities. Some are just a little scraped up for the time being, as a result of living on the streets.

All have a much better chance of finding homes, thanks to gorgeous adoption pictures taken by San Francisco-based pet photographer Josh Norem, also known as the "Furrtographer."

"I am just trying to capture their beauty and their essence," Norem says. "I hope when someone looks at a photo I've taken they see a beautiful animal instead of just focusing on a particular injury or disability." 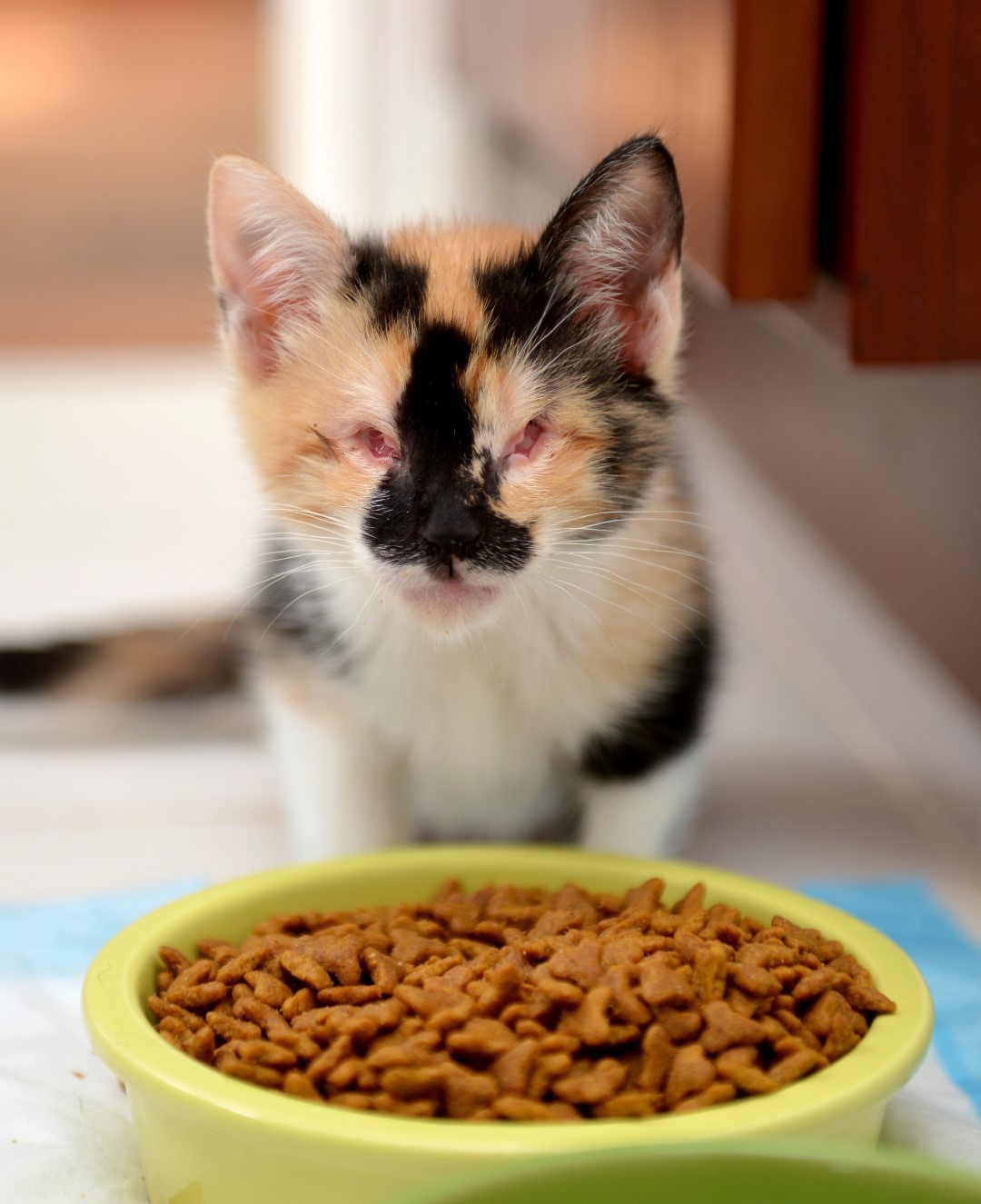 This is Sally of Saving Grace Rescue, who lost her eyes due to an infection. (Josh Norem)

Norem has had blind cats of his own for about a decade, including his current feline companion, Rufus. He began offering his services pro bono a few years ago after coming across some local rescue groups and shelters that work with special needs cats.

"I just emailed them and asked them if they wanted great photos of the cats in order to help with adoptions," he says. 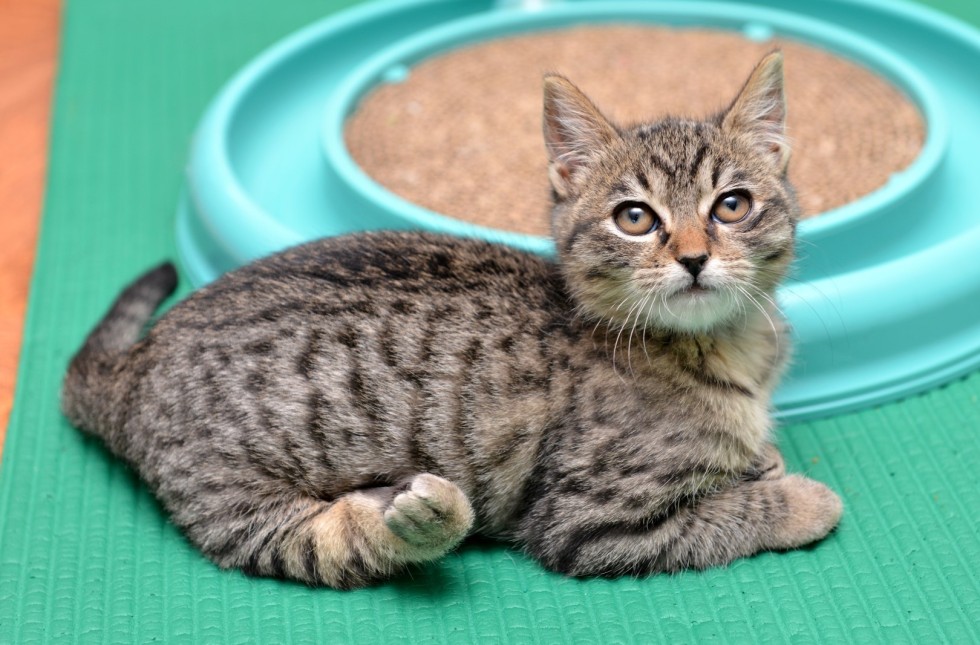 Gumby is one of two kittens "born with the most interesting deformities of their legs. Neither of them paid them any attention and just walked on them like they were normal," says Norem. (Josh Norem)

"The photos alone have doubled our adoption rates," says Amber Rose of Saving Grace Rescue. "The photos capture the kittens at their best, and often highlight their special needs while showing that they are still playful and happy despite being a little different."

"We are so grateful and so are many of our adopters that found the loves of their lives because of his work," she says. "People now come from near and far to meet and adopt based on the photos." 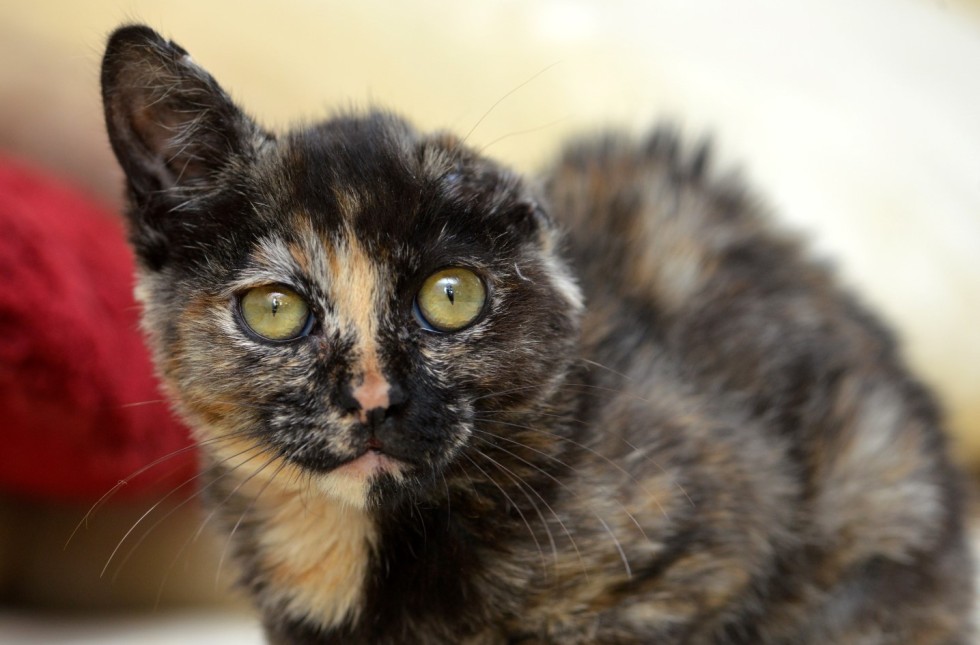 Blossom got caught in a car's fan belt. "She lost her tail, one ear, her vision and her hearing," says Norem. After this photo was taken, "she was adopted to a wonderful home near Santa Cruz and is now named Roxy Fanbelt." (Josh Norem)

Other species also make it into the mix, from time to time. Norem says this dog named Champ was suspected of being a "bait dog" for a dog-fighting ring near San Jose.

"He was found tied to a fence with severe wounds all over his body, and lost his eyes because of it. I offered to take his photo to help him find a home, and he was adopted!" 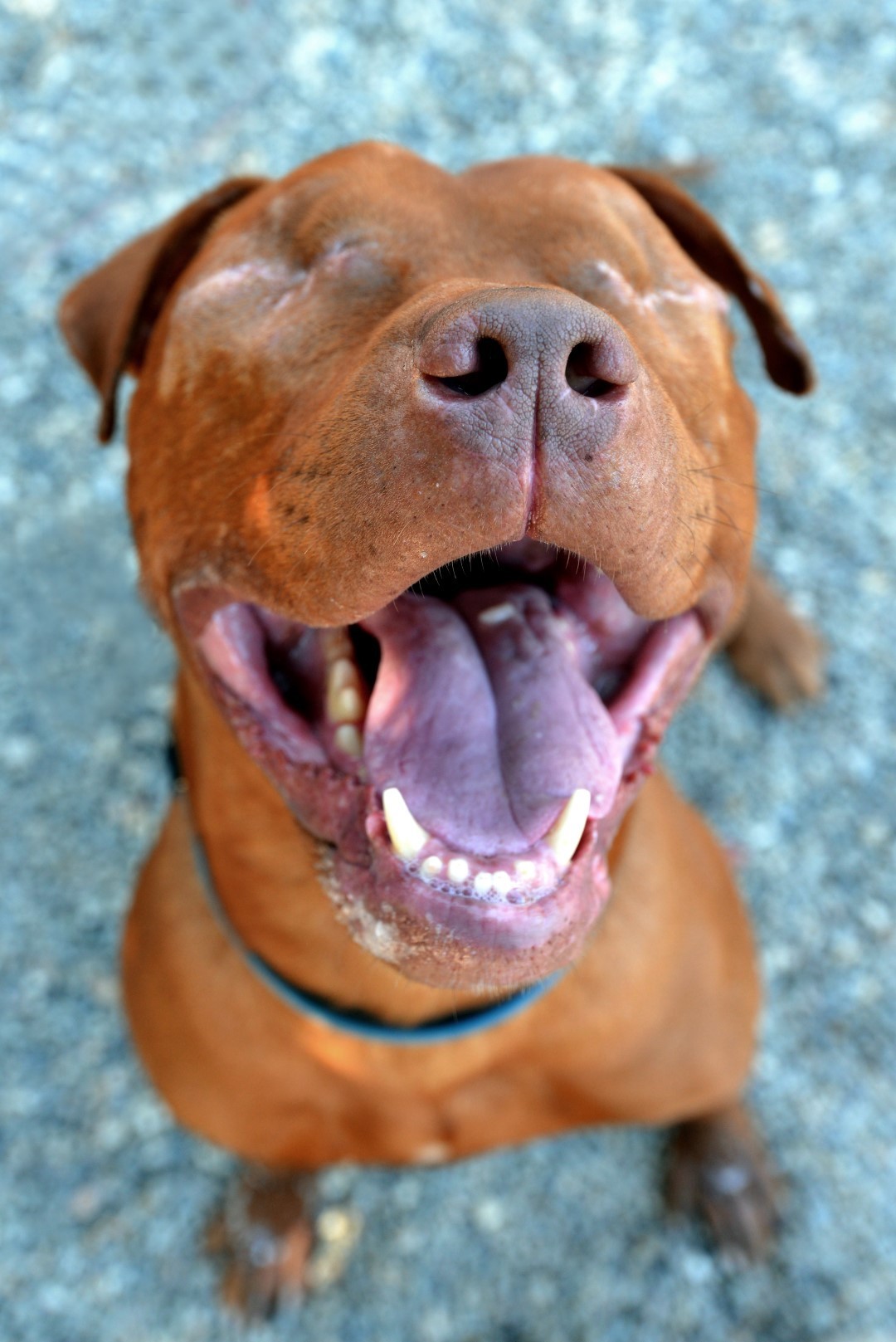 Norem also recently photographed "Operation Chihuahua." The project involved flying some 12 homeless Chihuahuas from the Bay area, which has a Chihuahua surplus, to New York City, where the little doggies were snatched up in a heartbeat.

But mostly, it's cats. Lots of cats. Norem estimates he's photographed "at least hundreds, and maybe thousands" of cats by now. For each one, he tries to capture the animal's beauty and personality in order to attract potential adopters.

"It's the difference between a cat languishing at a shelter or rescue for months, or being taken home the day the photo is published," he says. 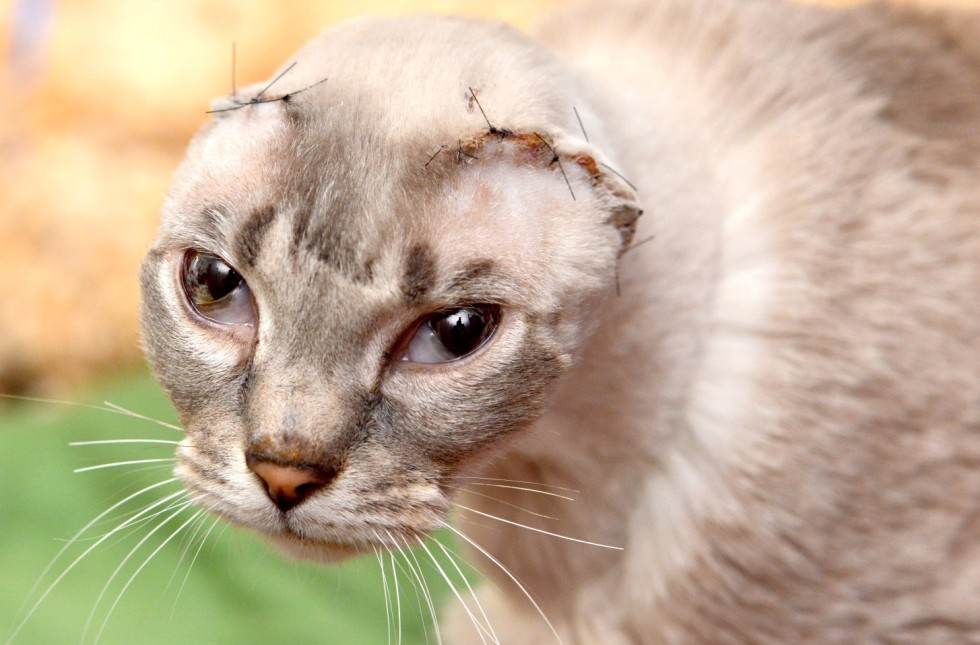 This is Carmen, "who had to have both her ears and ear canals removed due to tumors," says Norem. (Josh Norem)

What Norem's come to believe -- and he's hoping others see it, too, in his photos and beyond -- is that his subjects "are all just cats, as opposed to blind cats or cats with missing legs."

In other words, whatever body parts are missing or uniquely shaped, these resilient little creatures are gorgeous, one and all. Each one is deserving of love, and so ready to give it in return.

"Cats are experts at not letting life get them down, so I've met a lot of cats with significant injuries, yet they will still chase a string if you drag it by them. It's quite remarkable," Norem says.

"My blind cat Rufus turned to me on day five in his new home with me, and rubbed his forehead on mine, as if to say, 'Thanks for taking a chance on me, I won't let you down!'"