"Thirty species. Thirty pieces. One fragmented survival." So begins Bryan James' interactive exhibition "Species in Pieces," a CSS-based survey of evolutionary distinction that showcases the beauty of endangered animals across the world. 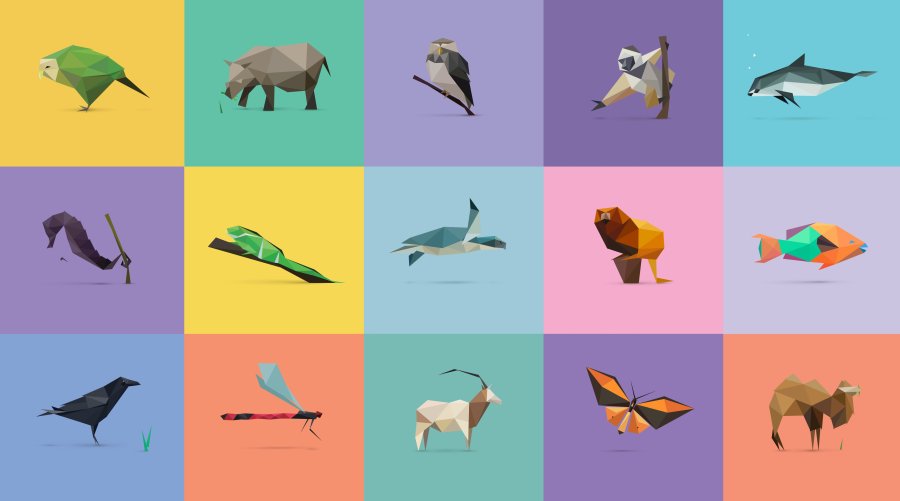 From the moment you enter his website, the digital home of his virtual art, you are confronted by a dazzling array of polygons that morph and flex into a forest owlet one moment and a pygmy three-toed sloth the next. An ethereal soundtrack, minimalist tunes from audiojungle, calmly beckon the viewer to scroll from one struggling species to the next, exploring creatures on the verge of disappearance. To see it is to understand it.

His stunning moving images are accompanied by summaries of the threats facing endangered species, as well as visualizations that document their presence on our planet. James did the research himself, from choosing the species to gathering the statistics. The grim information shows that the population of the three-banded armadillo of Brazil has declined by 30% in the last 10 years due in part to loss of habitat, while the long-beaked echidna population has declined by 80% in the last 35-40 years as a result of encroaching humans with a penchant for hunting. 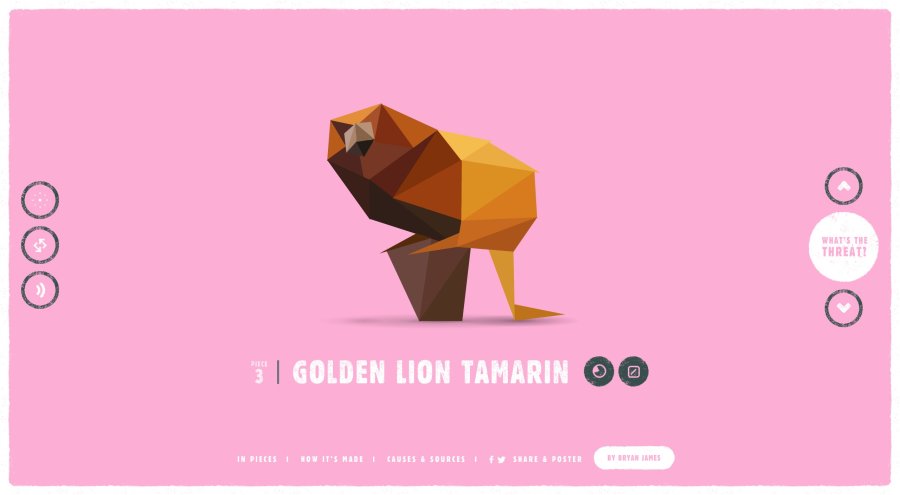 "The project was started by merely tinkering with a line of code which I was interested in experimenting with," James explained to HuffPost. He details his process of moving from "good old CSS" to dynamic illustrations on his site, describing his "unabashedly part-digital experiment" in jargon most tech amateurs can follow. In essence, he started with one polygon animal -- the Hawaiian Crow -- and began to manipulate the various triangles that leaned and wedged to create its body, eventually rendering a Vaquita from the very same pieces as the crow. Hence the name of the exhibition -- 30 species built from 30 pieces.

His art-meets-science project has a purpose beyond pushing the boundaries of webkit-browsers (he dives more into the tech nitty-gritty here). He also hopes his work will stir something in the individuals who visit his site, perhaps people who are vaguely aware of the threats facing unique animals, but have yet to build an emotional connection to the greater possibility of extinctions. "I believe firmly that if you have no mental pre-connection or knowledge with a species, then why would you 'feel' mentally if you heard that it became extinct?" he pondered. "I believe that by bringing lesser-known species into the limelight, we can create these relationships and thus hopefully raise the topic so more care and effort is taken to save them."

In the past, the 28-year-old Amsterdam-based designer has translated mundane vices and classic car collections into visually impressive projects. "Species in Pieces" is a personal experiment, not linked to anyone specific charity; however, James cites organizations like the WWF and Rainforest Trust as resources for fans looking to do more research. The sales of an art print related to the exhibition will also support the conservation initiative Evolutionarily Distinct and Globally Endangered.

Check out a preview of the exhibition below, and see the entire work here.