A recent letter by Evan Rehm in the Proceedings of the National Academy of Sciences (PNAS) respectfully challenges prior "spurious conclusions" by authors of an earlier article hypothesizing that "tropical montane species are responding more strongly to climate change than temperate-zone species." This scientific debate is not about climate change -- scientists are in broad agreement that climate change is occurring. And, the debate is not about species redistribution -- the IPCC found with "very high confidence" that species redistribution due to climate change is occurring on all continents and most oceans. The issue here is more subtle, but one of great importance for species survival.

Last August, I sat down with Evan at a Starbucks in York, Pa. to discuss his tropical research. Unshaven and a bit red-eyed, he had just returned from a two-year stint high in an Andean cloud forest of Peru. He was on a brief stop-over in York to visit family before return to his academic home in the Department of Biological Sciences at Florida International University. 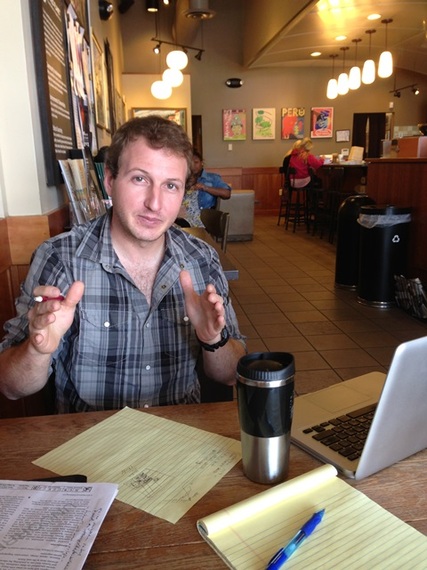 Evan's research interests broadly include species adaptations to climate change and environmental ecology. He conducts his primary research in the tropical montane cloud forests of Manύ National Park on the eastern slope of the Andes Mountains in Peru. Cloud forests are characterized by the presence of clouds or persistent mist -- even in the dry season -- and much precipitation comes in the form of "canopy drip" resulting from the condensation of fog or mist on tree leaves. A scant 1 percent of global woodlands are cloud forests, yet they are among the most biodiverse regions on Earth.

Working at the high-elevation treeline where closed-canopy cloud forest forests meets open alpine vegetation, Evan is trying to understand how these forests will adapt to climate change. 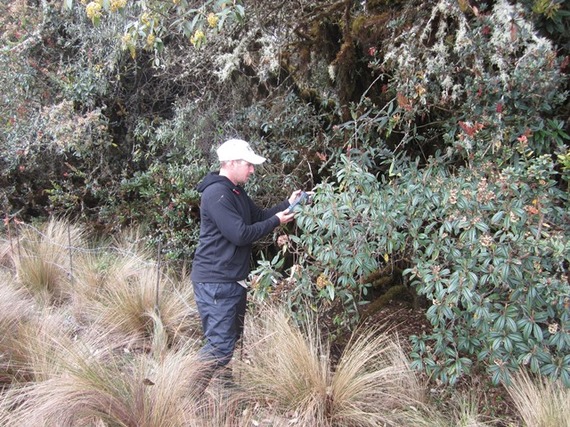 He explains how species are shifting ranges (migrating to new areas) in order to track the temperatures to which they are adapted -- some species migrate toward the poles while others shift upslope to seek cool-temperature refuges.

At higher elevation, "The treeline should be one of the first and most obvious shifts in ecological edges." However, "Trees shift much slower than mobile organisms such as vertebrates."

Evan states, "Species ability and speed of migration is particularly important in tropical montane cloud forests. Because biodiversity is extremely high, most species occur in narrow temperature ranges." These narrow-niche species should react quickly to climate change by shifting upslope. However, if the treeline does not shift upslope with species occurring below the treeline, then the treeline may act as a barrier to upslope migrations of other species. "This creates elevated extinction risks in Andean tropical montane cloud forests."

Fittingly, an article titled "Will Climate Change Imperil Your Cup of Starbucks?" appeared in National Geographic just three months after Evan and I shared our cup of Joe at the Starbucks in York. The author of this article chronicled his hike through the dense Andean cloud forest with Evan's academic advisor Ken Feeley. Feeley stated, "There are known accounts that coffee as an agricultural product is moving up the slope with farmers planting it higher and higher. The cultivated coffee-growing areas in the lowlands are seeing decreased yields." Of course, farmer's planting at higher elevations is not the same as natural migration of trees. Feeley predicts significant species population reductions and extinctions due to climate change in the next 50 to 75 years based on his tree-migration studies in both Peru and Costa Rica.

During my own academic research visits to Costa Rica, I've encountered another climate change stress on coffee called "flora loca" (crazy flowers). I first observed flora loca in March 2010 while passing through small coffee plantations just beneath the Monteverde cloud forest. The scene of flower-covered coffee trees simply did not fit the season. For a northerner like me, it was something akin to a spray of fresh daffodils in frozen December soil. Diego Calderón, an agricultural management engineer, told me that these trees were actually on their third flora loca of the season, and that due to changing weather conditions in recent years, this mistimed blooming could be linked to climate change.

Getting back to the Pervian Andes cloud forest, Evan explains why the tropical montane treeline shift may not keep pace with climate change. Although "animals have the ability to move to new areas when their current location becomes climatically unsuitable... upslope shift of plants largely depends on seed dispersal" over multiple generations. Movement of the treeline may be further limited by narrow dispersal of seeds at the forest edge, low germination rate of seeds due to the harsh alpine microclimate, competition with established grasses, and even higher intensity UV solar radiation. 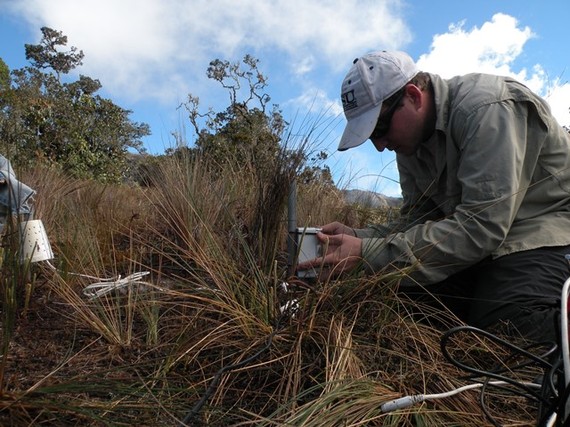 In spite of the scientific debate concerning whether tropical montane species are or are not responding more strongly to climate change than temperate-zone species, one point is clear. The current upslope migration of tropical species due to climate change will encounter an ecological edge at the treeline which will challenge their very survival. Species will confront A Grass Ceiling -- the alpine zone above the tropical montane cloud forest where they no longer have the ability to adapt.