The first half of the new James Bond film, "Spectre," has all the makings of being as amazing as its critically acclaimed predecessor, "Skyfall," then things go somewhat off the rails, ironically enough, after a brawl on a train. But between a huge opening fight on a helicopter, surprise callbacks to other Bond films and Daniel Craig basically sledding an airplane down a mountain, it's pretty much everything you'd expect from 007.

Even with all the crazy action sequences -- and by that, we're mostly talking about that helicopter fight -- one thing may make you wonder if you've seen this mojo before.

Warning! The following "Spectre" spoilers have a license to kill!

The movie's arch villain, Oberhauser (Christoph Waltz), later revealed to have taken the identity of Blofeld, is the mysterious head of evil organization Spectre. There are hints throughout the movie that Bond and Oberhauser/Blofeld have some sort of past, and when it all comes together, you might make one startling revelation.

"Spectre" has the same plot twist as "Austin Powers in Goldmember."

What? This isn't real life, right? "Austin Powers" is a hugely famous Bond parody, even to the point where Daniel Craig said the movies "kind of f**ked us," and that's why Bond has to be so serious now. So, with all that awareness, could "Spectre" have actually borrowed its most important storyline from "Powers"?

The main villain in the "Austin Powers" movies, Dr. Evil, is a parody of the classic Bond villain Blofeld, right down to the scar on the eye and the pet cat. The big twist in "Austin Powers in Goldmember" reveals that Dr. Evil and Austin Powers were actually brothers all along. Though the "Austin Powers" movies parody the Bond franchise, this twist is a departure. Blofeld isn't identified as having a brotherly relationship with Bond during his appearances in the books or previous movies.

Well, he didn't, anyway, until "Spectre."

Yup. The big twist in the latest Bond film is that Blofield and Bond turn out to be brothers, making "Spectre" just a more serious, Beyoncé-less version of "Goldmember." (It's hard to be too crazy in love about anything that's "Beyoncé-less.") Even more unbelievable, a fan actually predicted the twist months in advance. After watching a trailer, Redditor ryfi1 wrote:

There's a strong chance Bond and Oberhauser are at least step-brothers. Also, there's the very real possibility that Oberhauser will be revealed to be Blofeld (as head of SPECTRE), who we all know was the inspiration for Dr. Evil in Austin Powers. At the end of Goldmember it is revealed that Austin and Dr. Evil are also brothers.

Wow, so the new "Bond" has an "Austin Powers" story and didn't even try to hide it? (Sigh. We ex-spectred more, James.)

In the movie, we learn that after Bond's parents died, Oberhauser's (aka Blofeld's) dad took care of a young Bond. He and the future Blofeld grew up together as adoptive brothers.

Despite this version of Blofeld supposedly being rebooted, the "Austin Powers" connections just continue from there. If Waltz didn't have his hair, you might think he was Dr. Evil himself. This Blofeld still gets a scar like the classic Bond character from which Evil was conceived, and he still has the pet cat. The similarity to Dr. Evil might be a little unnerving for Craig, because in "Austin Powers," we know what happens when Mr. Bigglesworth gets upset. People die.

So, just to recap for anyone (like us) who is still trying to wrap their brains around it: The Bond franchise was mirrored by the "Austin Powers" franchise, which was then, in turn, mirrored back by the Bond franchise. In other words, "Spectre" seems to be imitating its own imitator. (Uh, bartender, we could use a martini after trying to think about that. Shaken, stirred, who cares? Just keep them coming.)

What's next for Bond? Maybe fighting a Fat Bastard who wants things to get in his belly? Or perhaps taking on sharks with frickin' "lasers" on their heads? Whatever the case, it's now clear that, like Austin Powers, James Bond also likes to live dangerously. 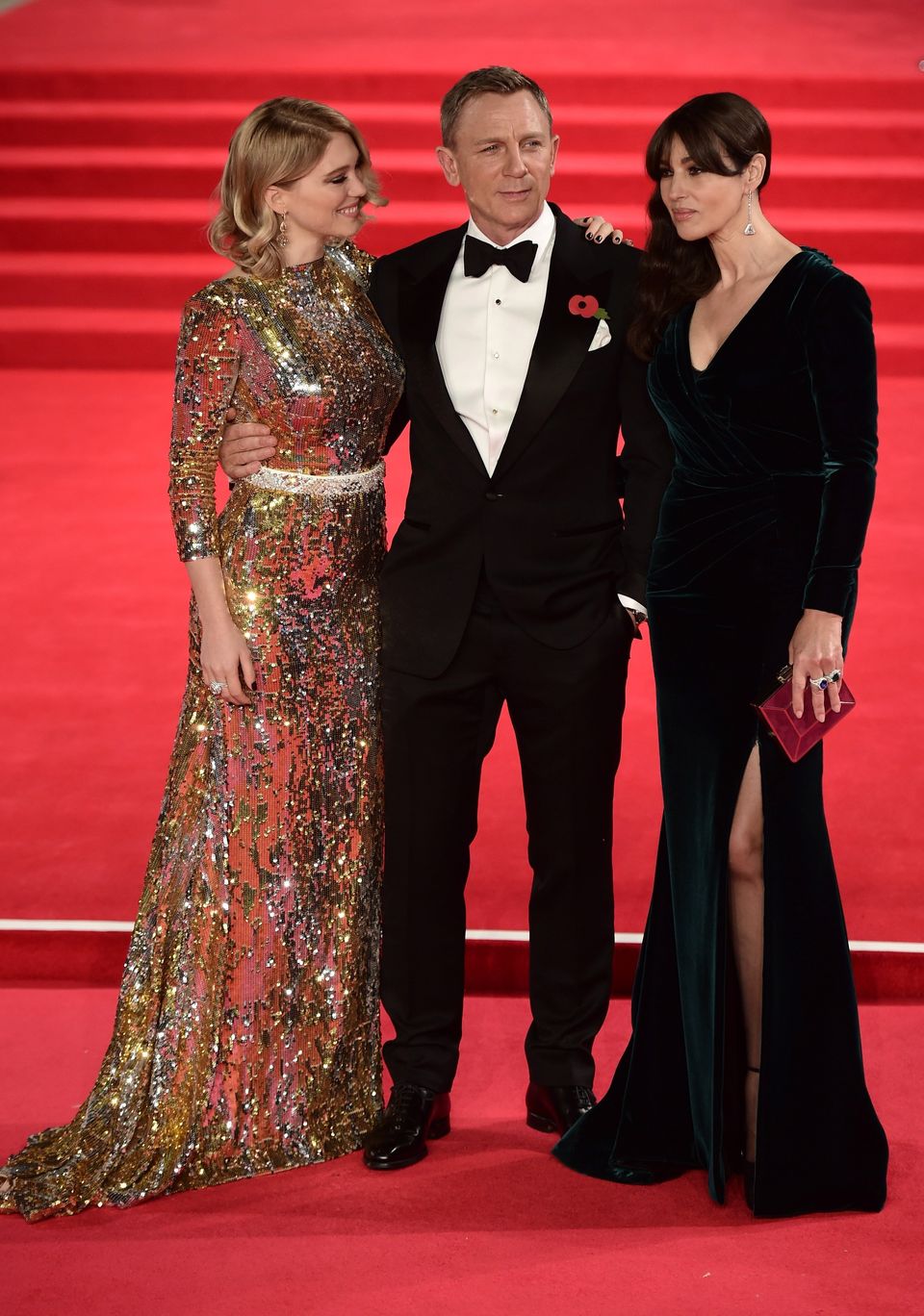