Gov. Mitt Romney was joined by family and friends Wednesday night at a rally in Des Moines to garner support for his bid for the Republican nomination. Romney discussed his platform if elected governor, including his stance on the war and protecting the United States. Several of Romney's children and grandchildren were present for the rally. 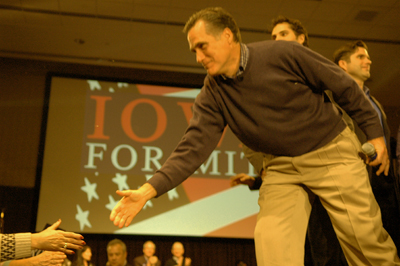 Both men spoke about how they find inspiration and encouragement in the other.