Spencer and Heidi Pratt of "The Hills" fame recently sat down for a no-holds-barred interview with Complex magazine. The reality star couple, famously nicknamed "Speidi," touched on a bit of everything -- from Spencer almost managing Kim Kardashian's career (!) to leaking Lauren Conrad's alleged sex tape.

Before Kardashian was the reality star/model/entrepreneur that she is today, Pratt said that her mom, Kris Jenner, wanted him to act as manager for her then relatively unknown daughter. At the time, Spencer was starring on the short-lived reality TV series "The Princes of Malibu."

"She can deny it if she wants, but she comes up to me and is like, ‘Spencer, I want you to manage Kim.’ I literally started laughing," he said. "What is this lady talking about?"

And before Kim was on "Keeping Up with the Kardashians," Spencer told Complex she didn't make the cut of an episode of "The Hills."

"She used to call Heidi to organize Heidi’s closet," he said. "Kim was edited out of Hills episodes organizing Heidi’s closet. Now it’s like, 'Kim Kardashian breaks the Internet with her booty.' Like, what the fuck? That’s real life for us.'

Spencer also doesn't hold back when it comes to former co-star Lauren Conrad. He admits to leaking her alleged sex tape, but maintains he did the right thing.

"Lauren is a cold-hearted killer. That’s what people don’t get. She will cut you in your sleep. She tried to destroy us. If you want to throw missiles, I’m throwing a nuke. This is how I operate."

The two also shared their thoughts on having kids, and the interesting name they've picked out for their future child:

And when they do, Spencer has a name all lined up: Spider. “Who is going to pick on Spider in school, especially if it’s a girl?” Spencer exclaims. “We’ll see,” Heidi replies.

To read the entire interview, head over to Complex. 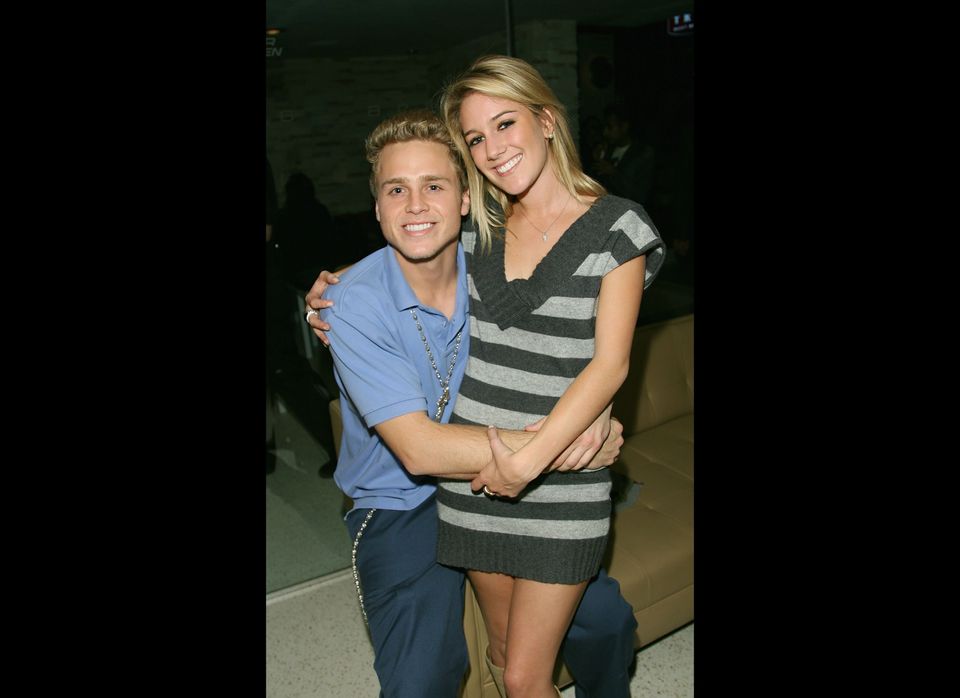