While career prospects for women in Hollywood are rather bleak at the moment, there are some truly awesome roles for women being created on the small screen.

Illustrator Spencer Salberg's "Strong Female Characters" series celebrates some of the most fully fleshed-out women on modern television, complete with their flaws.

"I started this series because, as a gay male, these female characters are people I can identify with," Salberg told The Huffington Post in an email. "I find it really frustrating to be constantly bombarded by flat or stereotypical characters who make shows or movies unwatchable... It's important to me to see people, especially people who are marginalized, represented as complicated, flawed and compelling characters. These are all characters I have really grown to care about, and I made these prints as a way to show my respect and hopefully create something that would resonate with other people who felt the same way."

In an April 2013 interview with Paper Droids, Salberg told Jessi Shakarian that he draws each image with religious imagery in mind: "I know I’ve definitely mythologized these characters in my head, and I wanted to create something that conveyed just how close to saints these women are to me."

We worship at the altar of Liz Lemon too, Spencer.

LOOK: Female TV characters as you've never seen them before. 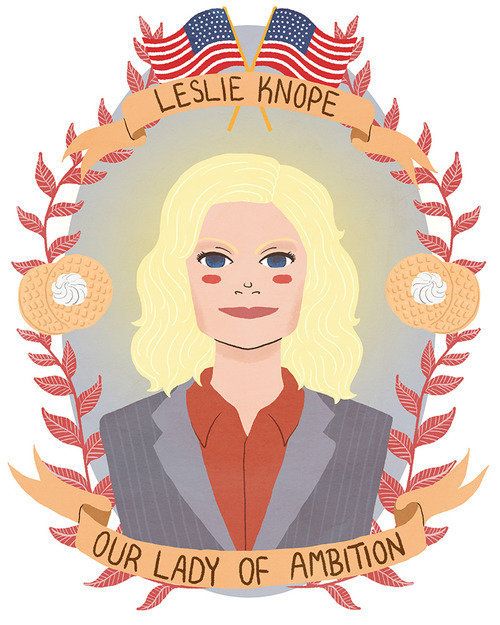