By Rob Fee
This article originally appeared on Playboy.com.

It's one thing to walk through a haunted maze on Halloween and have people in costumes jump out and startle you. But if you want to really take your scary activities to another level you can spend the night in one of these places that are believed to actually be haunted. If you're brave enough, here are 10 of the creepiest places you can actually (try to) sleep a night in.

In 1912 the small town of Villisca was shaken when an entire family was brutally murdered with an axe and the murderer was never captured. The killer's true identity has been speculated for years, but since there paranormal investigators have captured numerous pieces of evidence suggesting the house is indeed haunted by a dark spirit. For $428 you can rent out the house for up to six people for an entire night where you'll sleep in the rooms where the actual murders took place. 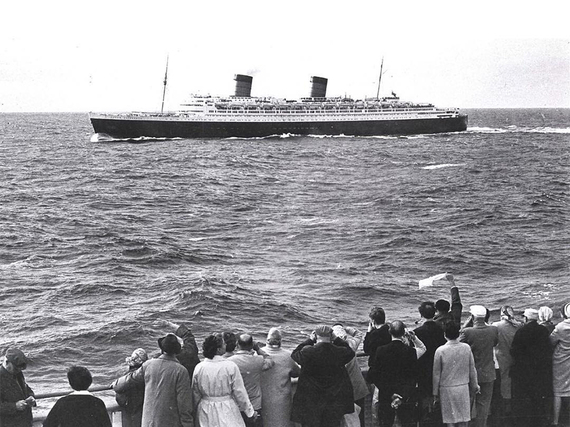 Voted one of the 10 most haunted places in America by Time Magazine, the Queen Mary has numerous tales of hauntings and unexplained ghostly encounters. There have been reports of seeing a woman in white as well as the ghost of children who supposedly drown in the eerie pool in the middle of the ship. The Queen Mary is still functional and has rooms available year round, but they also offer paranormal investigations and spirit walks. In addition to the year round activities, the Queen Mary also hosts Dark Harbor every Halloween season that ties in the ship's creepy history with modern haunted house attractions. 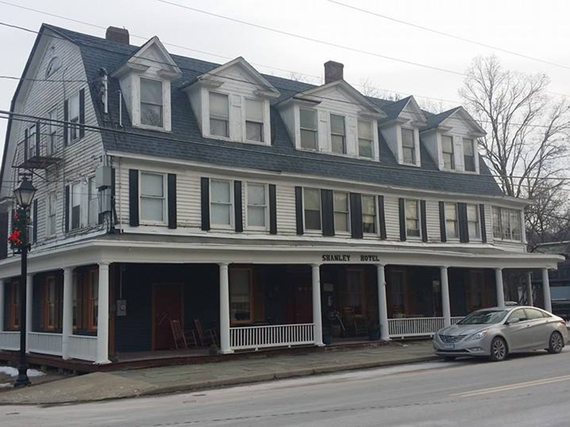 The Shanley Hotel looks like something out of a Scooby Doo cartoon, except it's horrifying because it's happening to you in real life. There are hidden rooms, a creepy basement, and what used to be a bordello where paranormal investigators have captured countless unexplained incidents and activities. There are rumors of murders and scandals throughout the history of the hotel giving it a rich background for creepy activity. You can stay overnight to investigate and have your own room for $85, or you can actually rent out the entire hotel for $1,200. 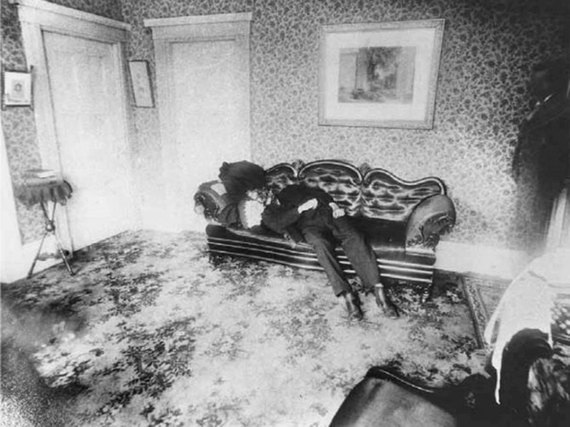 Odds are you've probably heard the story of Lizzie Borden, but you probably haven't dared to stay in her house yet. Well now is your chance to remedy that, as you can book an overnight stay at the infamous axe murder house. Prices vary from room to room, but if you book far enough in advance you can book the entire B&B for a completely terrifying experience you'll never forget.

More from Playboy.com:
5 Terrifying Moments in Horror Games that Will Scare the Bejesus Out of You
12 Horror Movies to Watch with Your Significant Other Who Doesn't Like Horror Movies
A Beginner's Guide to Cannibal Movies -- Vegetarians Not Apply 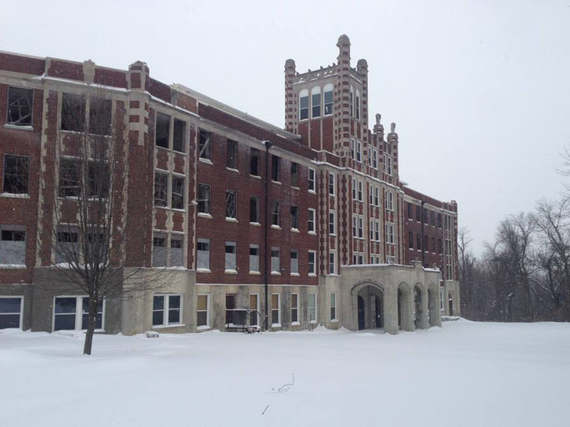 Constructed in the early 1900's, Waverly Hills was designed to try and treat tuberculosis patients during the epidemic. Unfortunately this led to experimental procedures that saw thousands of patients of all ages die. The deaths became so common a tunnel was built to move the bodies without other patients having to see them. The building itself is so massive it actually had its own zip code. Ghost Hunters have done live Halloween shows here and just about any paranormal investigation show has visited the property as well. The overnight investigations go from midnight to 8:00am and cost $100 per guest. Be warned, this is supposedly one of the most active haunted buildings in America.

The massive plantation is rumored to be haunted by the ghosts of slaves that were killed as well as a belief that the whole thing was built on top of an Indian burial ground. There are multiple ghosts that visitors have claimed to have spotted countless times. You can simply book a tour of the plantation or rent out one of the beautifully haunting suites ranging from $115 to $400 per night. 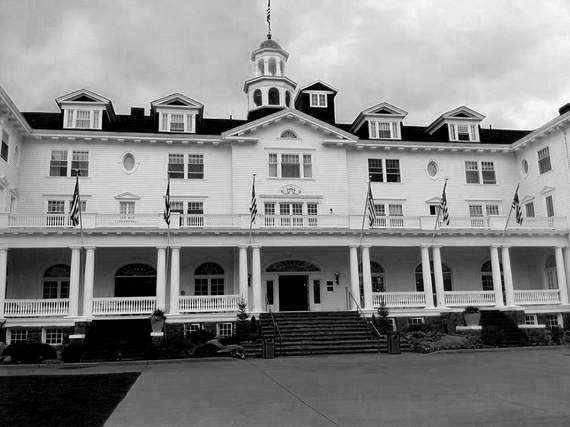 The Stanley Hotel has been flooded with reports of ghost sightings since the 1970s and is believed to have been the inspiration for The Shining. Of course all the paranormal investigation groups have paid a visit to the legendary hotel including a live Ghost Hunters show in 2006. Rooms are available year round, but there's a special Ghost Adventure Package that includes a room on the infamous 4th floor, a K2 meter, and a mug that says RED RUM across it. Be sure to book your tour as they aren't included with the regular room rate. 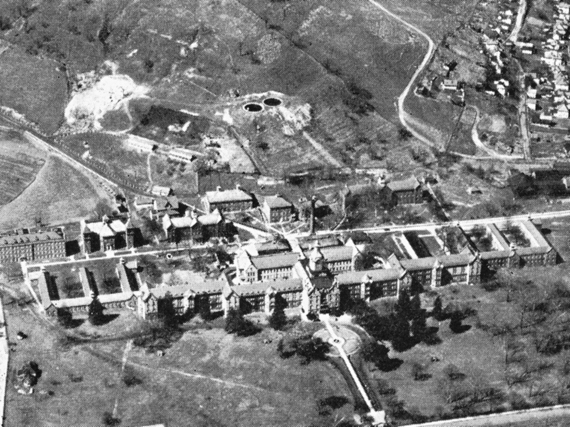 Not only is this place creepy, it's also the largest hand-cut stone masonry building in North America. The asylum was designed to house no more than 250 patients, but by the 1950's there were over 2,400 living in the building. Obviously patients weren't being given proper treatment with such overcrowding and it closed down in 1994. There have been numerous accounts of apparitions being spotted and unexplainable sounds that are believed to be from the hundreds of patients that died there. For $100 you can spend from 11:30pm to 6:00am exploring the 242,000 square foot facilities and look for your own proof of the supernatural. 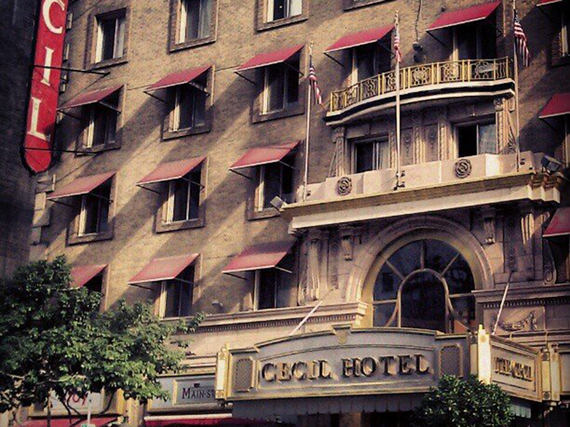 The Cecil has been rebranded and renamed because of the horrifying history of the downtown Los Angeles hotel. There have been at least three murders, and several suicides including the bizarre death of Elisa Lam, who was found inside the sealed water tank after guests complained of a weird taste in the water. Security footage of Lam soon surfaced and raised even more questions with seeing her bizarre and frantic behavior. The hotel doesn't offer any sort of paranormal tour, but if you want to stay in a hotel with a terrifying past, this is the one for you. 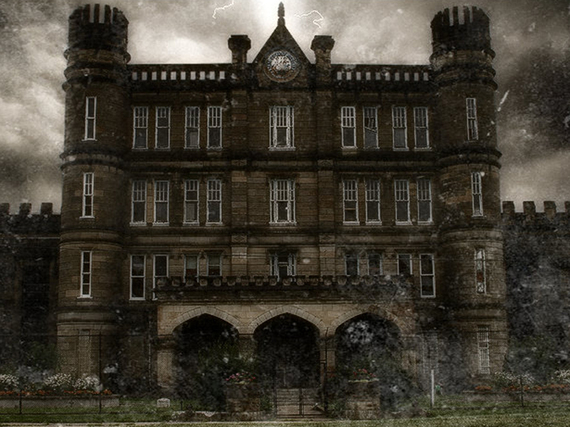 Why settle for just one haunted overnight stay when you can do an entire tour of them? The American Hauntings Tour sets up a different overnight investigation for you to be a part of every weekend with stays all around the country. They allow you to conduct your own investigations or join with others in houses such as the Morse Hotel in Missouri and the Crescent Hotel in Arkansas. Check back early and often as the tours sell out quickly.

25 Halloween Costumes Made From Cardboard