Why does having a bad hair day make you so miserable? How much will you spend to prevent one in the future? Research suggests the prime reason is that hair maintenance helps us control how we appear to age.

Think about it: When you're talking to someone, your eyes go automatically toward that person's head. It's almost impossible not to notice the person's hair. Similarly, when you look in the mirror, you see your face but you're also confronted with the reflection of your own hair. You're almost forced to judge whether it flatters or detracts from the image you wish to present to the world.

There's also another aspect to hair. Consider the mythology surrounding blondes, redheads and brunettes, based largely on which "have more fun." Most of this stereotyping has been applied to women, especially when that hair starts to turn gray. George Clooney can go around with all the gray hair in the world and no one will judge him as less sexy. However, the Julia Roberts of the world have to cover up that gray if they hope to retain their box office allure.

Compared to your facial features. hair is relatively easy to subjugate to your will (but only relatively). You can alter your hair in a myriad of ways, limited only by your willingness to spend time and money on the project. If all else fails, you can don a hairpiece or wig, and the job is done in an instant.

Hair also has a deeper meaning in terms of your identity. It helps define the persona you aim to create to impress others, whether as an intellectual, a sexual being, a rebel, or some combination of the above. Hair can also influence the way you define yourself to yourself, as an extension of your identity. During adolescence, your hair matures to its more or less final form, leaving childhood texture and color behind. As your adult identity forms, it develops around this image.

The idea that our hair can define us as young or old may be at the heart of our society's current preoccupation with not only having a "good" hair day, but a hair day in which your tresses resemble those of a much younger person. It's possible that by manipulating the way your hair looks, you can manipulate your apparent age. But how far are you willing to go and how much will you pay to keep yourself looking young?

University of Kent sociologist Julia Twigg and Gakashuin University's (Japan) Shinobu Majima (2014), tried to answer this question, drawing from the reconstitution of aging thesis. This theory argues that old age underwent a shift in the late-20th century, impacted by changes in relation to work, the family, and personal identity. So-called "normative" age patterns no longer exist, and expectations for what's appropriate at what ages are now highly individualized. You age the way you want to now, not the way you've been told to, and this extends to your appearance.

Age and gender norms interact when it comes to what's considered okay for the aging locks of women. As Twigg and Shinobu point out, "Controlled, clearly managed hair is particularly significant for older women in avoiding the status of dereliction or derangement, signaled by wild or neglected locks" (p. 25).

In other words, society says that older women have to disguise and keep in check their naturally graying hair.

Twigg and Shinobu examined a large data set of purchasing patterns from the U.K.'s Expenditures and Food Survey, which surveyed 10,000 households each year (with a 60 percent response rate), divided into 20-year age groups. The earliest survey was conducted in 1961 and the most recent in 2011. Participants kept an expenditure diary for a two-week period, spread out among different respondents over an entire year to average out seasonal variations. The researchers focused particularly on women 55 and older, grouping that cohort into five-year age categories, each of which contained 100-150 participants.

Taking into account expenditures on clothing, hairdressing, and cosmetics, Twigg and Shinobu's analysis shows three distinct patterns for the cohorts of women in their mid-50s and beyond. All cohorts of women were more likely to spend money on clothing across the 50 years of the study. Among the older women, those born between 1916 and 1920 were most likely to visit hairdressers throughout their lives, including their later years. There wasn't a general rise in spending on hairdresser visits among older women in general, just this group.

The story was different for cosmetics. Among increasingly older groups of women, expenditures increased for makeup and anti-aging products.

Putting these trends together: It's clear that older women are becoming more conscious of their appearance and more likely to spend money on maintaining it. They're increasingly prey to advertisers who purvey products that will allow not only their hair, but their faces and bodies, to stay youthful.

Interestingly, Trigg and Shinobu didn't find that anything special stood out about Baby Boomers and hair, finding no evidence that "the claimed features of this generation" emerge in the way that older people spend money (p. 30). There would be much that marketers in the U.S. could learn from reading the findings described in this paper, which suggest that we may be too transfixed by the labels that we slap on different generations (such as Millennials, Gen-Y, and so on).

What do these findings mean for you as you contemplate your own appearance? First, they suggest that the 50-plus crowd carries over patterns from their 20s and 30s into our later adult years. The way you prepare the face and hair you present to the outside world may reflect cultural conventions prevalent in your own transition to adulthood. Second, the findings should provide you with a warning about your own vulnerability to manipulation by the media: Advertisers and manufacturers are betting heavily on the growing desire midlifers and beyond have to remain youthful on both the outside and inside.

The next time you consider plopping down a chunk of hard-earned cash on the latest "miracle" age-reverser, pause and think about what it is you're seeking. Put effort into the your feelings of inner self-worth and value. They're far more likely to benefit your feelings of fulfillment than the outer image you project to the outside world.

Also see my Psychology Today blog on the topic.

Are You Spending Too Much To Look Young?
7 Biggest Post 50 Beauty Blunders 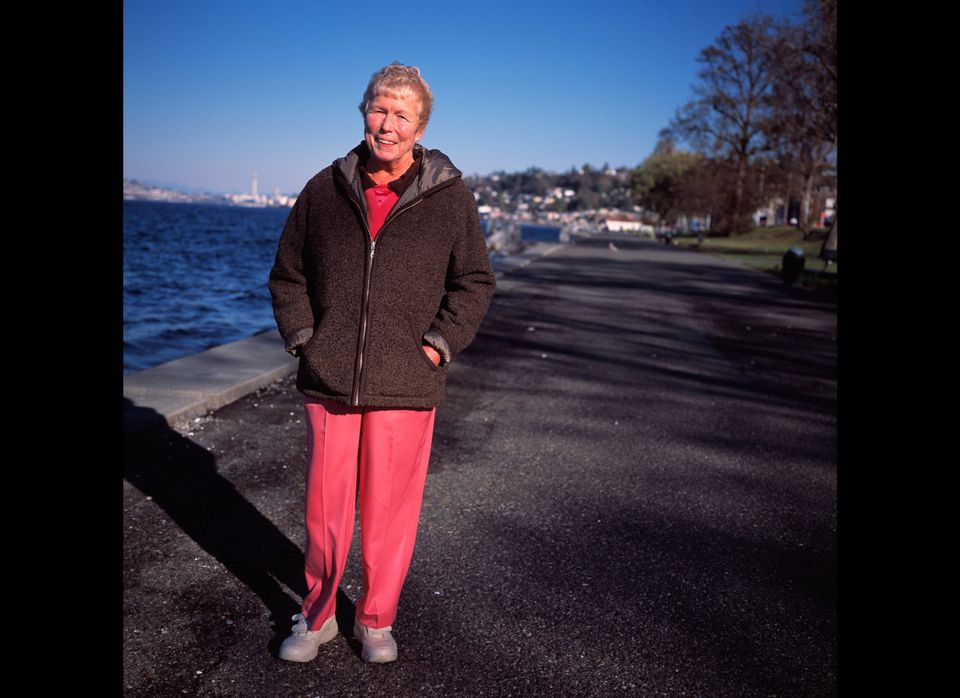