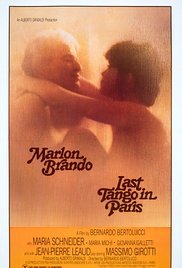 A lot of people are just bored and can find nothing more thrilling to do than pull down their pants There's a thrill to watching porn when you're in a listless mood, but it's even more exciting to make it and anyone can do it. Those who are exhibitionistically inclined need no longer confine their activities to undressing in front of their dorm or bedroom windows. All you need is the capacity to record yourself and you're off to one of those sites where you'll have your moment of fame. Imagine that you're just sitting listlessly in the one room you rent in Toledo, with the peeling paint on the wall, the kind of apartment that David Lynch might have used in one of his movies.There's nothing but the local Irish bar with the red faced guys sitting cross legged on stools with their veiny bulbous noses, the kinds of barflies who have nothing better to do than to look indignant as you walk in to drink by yourself. But now just unzip your fly or let that skirt drop to the floor, click your heels three times chanting "there is no place worse than this prison"and you're on your way to a new life in which you can freely show your body to like minded individuals. A lot of people feel daunted when they think of the giants of adult cinema like Ron Jeremy, John Holmes, Sasha Grey or La Cicciolina, but you have to start somewhere and there's no better place than in front of your own Airbook. Who knows how many people will eventually see your dick or pussy? We live in a new D.I.Y. universe where everyone has their 15 minutes of fame. You no longer have to be Steven Spielberg to run a studio. Twitter, Facebook have created promotional opportunities for everyone. Put one foot in front of the other and take it a day at a time and before you know it, you'll have more "friends" than you know what to do with and you'll never be bored.