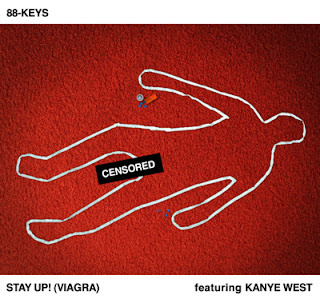 Remember those films they used to show you about cavities when you were a kid. The teeth were pictured as white knights who were in danger of being attacked by decay. The result was like one of those medieval pageants where the crusades are reenacted. But what about bringing awareness of other maladies to the young? We have all read about the tragic consequences of children being administered anti-depressants, but perhaps there are other conditions and medications that are more appropriate for tots.Why not for instance create a film for toddlers about the dangers of impotence? You may have seen the commercials on television about back pain. There's one were a dog comes up to his owner with a leash in his mouth and a plaintive look in its eye, except we know that dog won't be walked until the owner gets a spine job. What about a similarly morose looking older man who's suffering from erectile dysfunction? In his case instead of a dog appearing with a leash in its mouth, it's a woman who appears in front of the older fellow wearing a negligee and heels, her lips painted with garish red lipstick. Like the dog she's hot to trot, but her owner doesn't feel the same way. Children should be warned about the dangers of dreaded erectile dysfunction (an ailment that strikes approximately 30 million men in America and doesn't make America great) in the same way that they learn about tooth decay and the best way to demonstrate its effects is through animations which show blood flowing into a penis that slowly becomes swollen and hard. Soon however, unconscious oedipal residues begin to appear as little comic book bubbles. These might include depictions of fighting parents or other traumatic events from childhood. Anti-depressants might not be necessary or advisable for infants, but in a age where there are pills that seem to have solutions for everything, why not introduce children's-sized doses of Viagra or Cialis? Then every time your two year old has an intimation he's losing his mojo, he'll get used to taking the same steps that Dad does when the woman in his life shows up with a leash in her mouth.